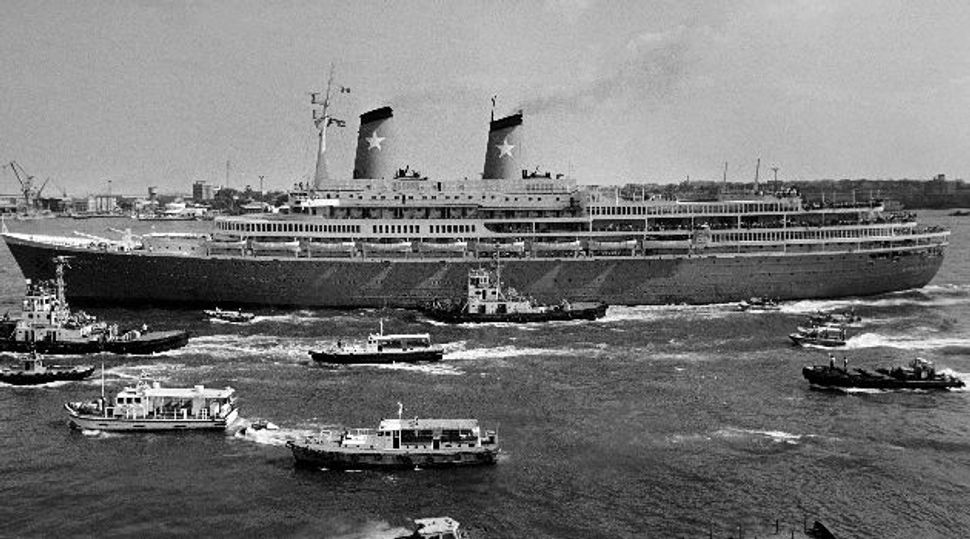 Rough Crossing: The Achille Lauro cruise ship was hijacked in 1985, leading to the murder of Jewish American tourist Leon Klinghoffer, who was immortalized in a controversial opera by John Adams. Image by Getty Images

While Abe Foxman and the Anti-Defamation League are welcoming the Metropolitan Opera’s decision to cancel its global video and radio simulcast of John Adams’ opera “The Death of Klinghoffer,” I’m less enthusiastic. The opera has stoked controversy ever since it premiered with its purportedly sympathetic portrayal of the terrorists who hijacked the Achille Lauro cruise ship and murdered the disabled, 69-year-old Jewish American tourist Leon Klinghoffer, and directed a crew member to throw his body overboard, unbeknownst to his wife Marilyn who thought her husband had been sent to a hospital. Despite Met managing director Peter Gelb’s contention that “Klinghoffer” is not anti-Semitic, he seemed to acknowledge that the Met’s original plans to broadcast the opera to a reported 2,000 screens in 66 countries could inflame bigotry in a time of rising global anti-Semitism. Klinghoffer’s daughters have also raised serious objections to the opera, and the Met has agreed to publish a letter from them in its program.

For his part, unsurprisingly, composer John Adams — creator of “Nixon in China” and “Doctor Atomic” and arguably one of the most important living American composers — has released a statement taking issue with the Met’s decision. The New York Times quotes Adams as saying that his opera “accords great dignity to the memory of Leon and Marilyn Klinghoffer.”

I’m willing to accept Adams at his word that his intentions weren’t guided by prejudice and that his motivations were complex and nuanced. And I’m also willing to accept that the ADL truly believes “Klinghoffer” to be a particularly “problematic” opera. But the thing is, other than some fairly powerful YouTube clips, I haven’t seen the opera. Because of its controversial nature, the opera hasn’t been seen much since its premiere. Still, I’m not particularly interested in having my theatergoing experience shaped by a composer’s version of his purported intentions or the ADL’s opinion of what is or isn’t appropriate for me to see. To be honest, though I admired “Doctor Atomic,” John Adams’s Klinghoffer opera has never been on my Top Ten list of shows to see. In fact, back when I was single and the opera had its premiere, a good friend of mine had an informal competition to decide what would be the worst possible date to have. “Take her to see ‘The Death of Klinghoffer,” my friend once joked. He won the competition easily. The Met controversy has piqued my interest, though, making me want to judge the work for myself.

Bringing us to the Met’s decision which, by maintaining the production but canceling the broadcast, makes the opera accessible only to Met subscribers or buyers of single tickets, which last time I tried to snag some, were nearly a couple hundred bucks a throw for decent seats. Apparently, the content of “Klinghoffer” is disturbing enough that it should be presented only to those willing to pay top dollar to see it. The Met’s having-it-both-ways decision seems, to my mind, to be both elitist and naïve — elitist, in that it seems to presume that only the Met’s moneyed regulars will have the wisdom not to be inflamed by the opera’s purportedly incendiary content; naïve, in that it suggests that broadcasting the opera in movie theaters and on radio might somehow have the power to severely impact international discourse. Call me a cynic, but I have about as much as faith in that happening as I do in “Doctor Atomic” significantly affecting discussions of nuclear energy or Philip Glass’s “Satyagraha” paving the way for world peace.

Then again, though, this is all based on a series of presumptions about an opera that I haven’t actually seen and, I’d hazard a guess, few members of the ADL have actually seen either. So, it’s not like many people, myself included, are presenting truly informed arguments here. Come autumn, I suppose, I could shell out a couple hundred bucks to remedy that situation, but somehow I doubt I’m going to do that.

Adam Langer is the Forward’s arts and culture editor. 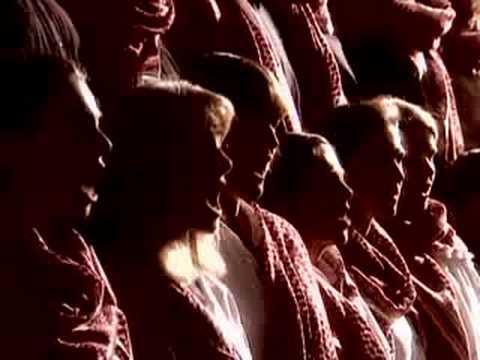