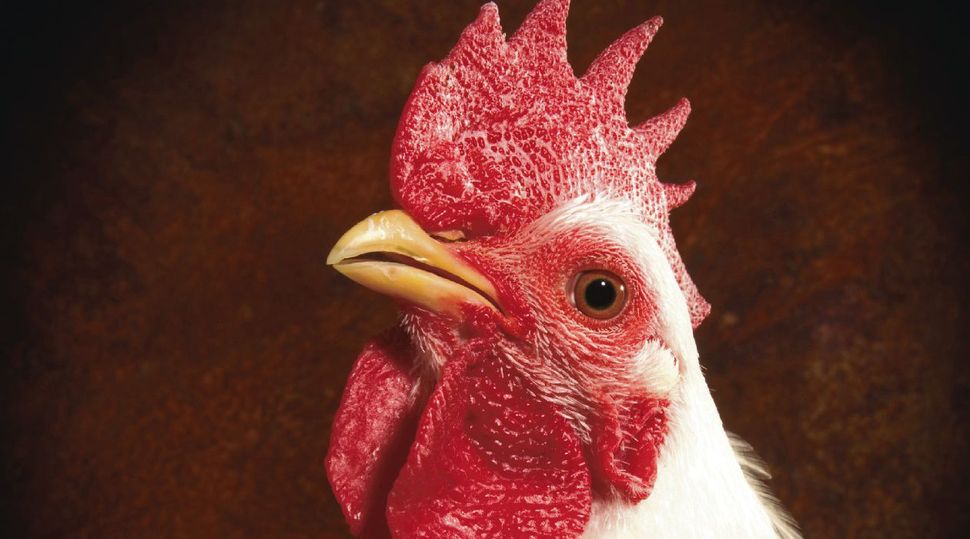 What’d You Call Me? Chicken, when used an adjective, is a pejorative taunt among adolescents. It acquires a different implication among teenagers. Image by Thinkstock

I don’t know about you, but being called “chickenshit,” even if it wasn’t by a high White House official, would make my blood pressure rise.

Tell me I’m “afraid” to do this or that, and I might disagree or resent it, but it wouldn’t make me want to punch you in the nose. Change that to “chicken,” and it probably would. Add “shit,” and I’d take a swing at you — unless, that is, you’re talking anonymously to Jeffrey Goldberg for The Atlantic, in which case I’d have to punch the wall.

Why do we react so differently to words that essentially mean the same thing?

The obvious answer is, because they have very different emotional registers. If I say, “John is afraid to tell the truth to Mary,” I’m revealing nothing of my feelings about John; it’s perfectly possible that I like and respect him and am simply commenting on a problem that he has. If, on the other hand, I say, “John is too chicken to tell the truth to Mary,” I’m expressing my opinion of John’s character — and it isn’t flattering. And if I substitute “chickenshit” for “chicken,” I’m redoubling my contempt while adding a sharp edge of aggression. Now, I’m implying, it’s I who might like to take a swing at John.

“Chicken,” as I remember it from the streets of New York, was a boys’ word that wasn’t used much after adolescence. (Girls could, and sometimes did, use it, too, of course, but only if they wanted to sound like boys.) Yet in one’s preteens and teens, it was one of the most feared words there were. “Whatsa matter, you chicken?” was a taunt heard in a wide variety of situations, and it always involved the innuendo that if you didn’t do what you were being challenged to do (stand and fight, shoplift a candy bar, hitch a ride on the back of a bus), you were a coward — and to be a coward was to be unmanly and a disgrace. In the struggle for self-respect and a proud sense of masculinity that so much of male adolescence consisted of, “chicken” was close to the last word that you wanted to have hurled at you.

Although I haven’t been a boy for a long time, I suppose it still is. And when inserted into an adult context, as it was by Jeffrey Goldberg’s source in The Atlantic, it has an oddly adolescent ring, as if the Obama administration were one gang of teenagers, the Netanyahu administration another and the relationship between them a testosterone contest. Calling Netanyahu a “chicken” for not bombing Iran or making concessions to the Palestinians, regardless of whether these and other Israeli decisions have or have not been based on fear, does not speak well for the maturity of the speaker.

And “chickenshit” is, of course, far worse. It is a profanity, which “chicken” is not — and if we consider the matter for a moment, it is easy to see that profanity generally is (or at least once was) considered bad manners because it tends to express a socially unacceptable degree of belligerence. Calling someone a “f–king bastard” is different from calling him a “scoundrel” — not because you are saying something different about him, but because you are saying something different about yourself: namely, that you would gladly wring that person’s neck if he were kind enough to place it in your hands.

It’s the same with the “shit” in “chickenshit”: It introduces an element of psychological violence into an otherwise nonviolent statement, just as it does in words like “bullshit” and “horseshit.” (Not for nothing is uncontrollable profanity known in medical circles as “coprolalia,” from the Greek words for “excrement” and “babbling.”) In fact, brain scientists know today that both the production and reception of so-called swear words are processed by a different part of the brain from that which processes language in general. Whereas ordinary speech is generated and analyzed in the Wernicke’s and Broca’s areas of the left cerebral hemisphere, profanity is dealt with by the limbic system and basal ganglia, which govern emotion, impulse control and motor functions. This is why a brain malfunction like Tourette’s syndrome can have a coprolaliac accompaniment.

Profanity and violence often go together. A high percentage of arguments leading to violence are ones in which profanity is used, and conversely, arguments in which it is refrained from are much more likely to end peaceably. It is, needless to say, a sign of how tense relations between the United States and Israeli governments have become that a high official in the former refers on record to the head of the latter as a chickenshit. It is also, however, a sign of how childish some of the anger is. What is at stake in the relationship is too important to be left to men who think and feel like boys. There’s already enough violence in the Middle East without them.