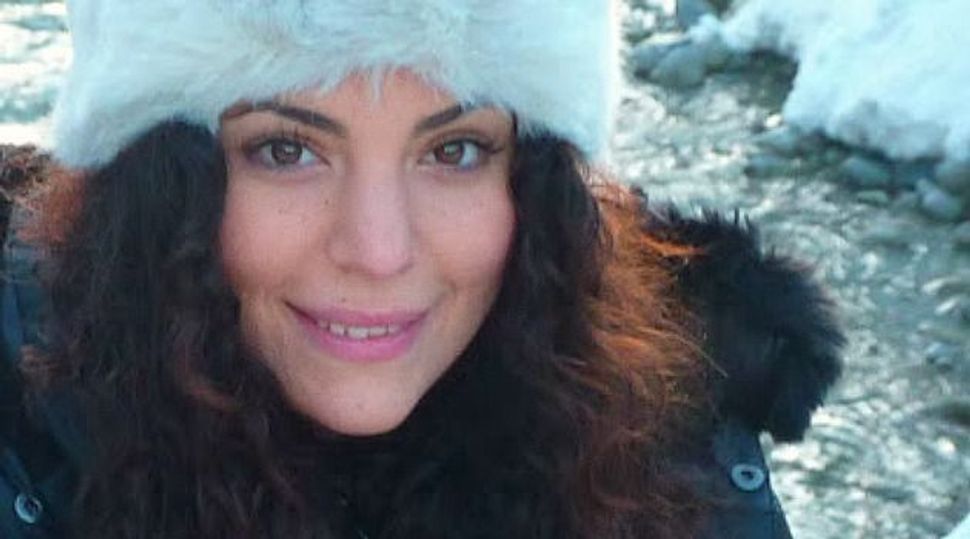 Image by google plus

(JTA) — A decade ago, when Israel’s community of French-speakers was only beginning its huge growth, my mother dismissively remarked that the newcomers’ “biggest contribution to this country will be all the lovely concerts.”

A French speaker who grew up listening to chanson giants on Israeli radio, she was referring to how the accumulation of Francophone audiences in Israel meant more frequent performances by singers like Charles Aznavour, Enrico Macias, Jean-Jaques Goldman and Patrick Bruel.

But like many passionate Zionists, she judged French prospective olim to be too materialistic to ever amount to a flood. When it came to the French, she maintained, Israel could never realty compete with the conveniences of France’s welfare system.

My mother passed away several years ago but I still wanted to call her up last month from Paris, where I chanced upon a flyer that suggested to me that she had gotten it all wrong.

The flyer was for the Paris premiere of a one-woman show about aliyah by the French-born comedian Judith Mergui, who has made an international name for herself from Israel, where she moved seven years ago.

Despite its name, Mergui’s French-language show does not deal with the tensions that exist between French Jews and Muslims over the Arab-Israeli conflict.

“It’s not a subject suitable for comedy. Especially not this week,” she said in reference to the shockwaves that a rape and robbery at a Jewish home in Creteil is sending through French Jewry, because of how the suspected perpetrators likely deliberately targeted Jewish victims.

“It’s basically a comic performance about funny situations that my character encounters in Israel as she learns how to get along in this new country, to which she came with plenty of ideals and little preparations,” Mergui said.

One scene is an encounter between Mergui’s character and Irina, a Russian-born civil servant with a Soviet service mentality and Hebrew that is not much better than the one spoken by her culture-shocked French-speaking customer. “A deaf-dumb dialogue rife with culture clashes ensues,“ Mergui said.

Mergui’s sold-out premiere on Dec. 11 in Paris, she added in a phone interview from France, will be one of her biggest venues ever, in front of an audience of 350. In Israel, it typically fills 200-seat venues.

The buzz her show is generating — including a flattering curtain raiser article on the popular JSSnews.com website — is interesting also because it’s a small reminder that the subject of emigration is on the minds of many French Jews, who are being driven to leave by a toxic combination of rising and increasingly violent anti-Semitism by Arabs and Africans; a stagnant economy and a rising far-right.

Thousands are immigrating to Israel, where the phenomenon is leaving a clear statistical footprint. But an unknown number of French Jewish emigres are settling elsewhere, as Mergui is finding out. Last week, she performed for 200 French-speaking Jews at London’s new JW3 community center.

“We’re actually planning on taking the show wherever French-speaking Jews live today,” she said. “There are no figures, so we’re just going to get a feel of it as we go along.”

In the first 10 months of 2014, Israel saw the arrival of a record-breaking 5,701 immigrants from France – double the number for the corresponding period in 2013. The influx put France for the first time in decades as the No. 1 provider of olim to Israel, surpassing the United States and even war-torn Ukraine, with its 360,000 Jews and ruined economy.

Mergui’s show is not the only hot merchandise being exported by Israeli Francophones back to the motherland. Performances by Keren Ann, an internationally-acclaimed singer who moved to Israel from France in 2006, are regularly sold out months in advance in both countries.

“Inch’alyah” will be performed at the Rachi center – a heavily-guarded complex which many regard as French Jewry’s nerve center because it houses the headquarters of the CRIF umbrella of Jewish groups, among other organizations.

“I actually feel more comfortable having the show there because of security,” Mergui said in reference to the arrangements at Espace Rachi, with its double blast-proof metal doors; permanent presence of machine-gun-strapping police and internal security staff. “The truth is, I feel safer at home, in Israel.”