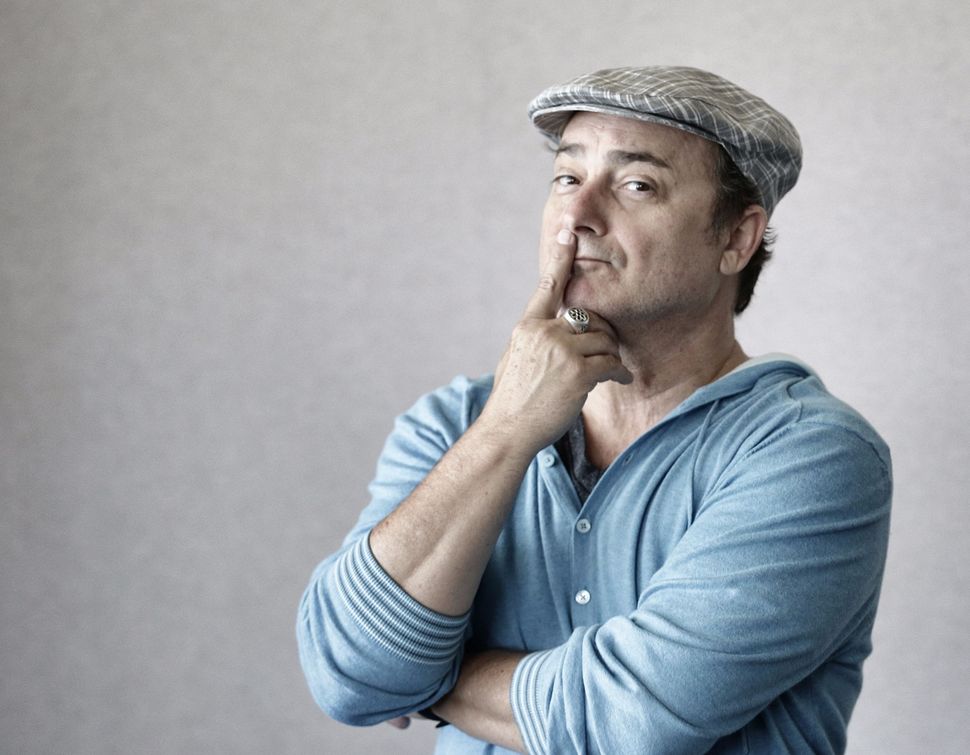 Kevin Pollak made his comedic debut a little more than 47 years ago, when his mother came home unexpectedly and caught him lip-syncing a bit about Noah and God from Bill Cosby’s first album. Her reaction: “You’ve got to do that for the Zuckers at Passover.”

There were about 40 family and friends in attendance, but the performance venue — the Zuckers’ living room — had seats for only 17. So he had a standing-room-only crowd his first night out.

How did he do? “Whadayamean,” Pollak asks in (presumably fake) anger. “I killed.”

Pollack has had a remarkable career since then. As a stand-up, he used his uncanny mimicking skills to forge eerily accurate imitations of celbrities, from Peter Falk to Johnny Carson.

As an actor, he built an impressive resume with roles in everything from light-hearted fare (“Grumpier Old Men,” “Wayne’s World 2”) to serious cinema (“A Few Good Men,” “The Usual Suspects”).

He’s expanded the number of hyphens in his title by writing an entertaining memoir (“How I Slept My Way to the Middle”), hosting a popular podcast (“Kevin Pollak’s Chat Show”) and now, the reason for this chat, he’s directed a documentary called “Misery Loves Comedy,” a series of interviews with comics such as Larry David and Lewis Black. It debuts April 22 at the Tribeca Film Festival in New York before opening in select theaters April 24. Pollak spoke to the Forward about misery, the Internet and karma.

Curt Schleier: Is misery a necessary ingredient for comedians?

Kevin Pollak: Of course it is. What I learned from the experience of making the film is that comedians, painters, singers, writers, we have to have felt misery and find a way to articulate it and make it entertaining. No one wants to see a comedian just being miserable, even if it’s Woody Allen. We have to be able to step back in our own misery and craft and articulate it so it’s funny and entertaining.

There have been a number of programs in which comedians talk about their craft. David Steinberg had one on Showtime and Jerry Seinfeld has another, “Comedians in Cars Getting Coffee.” But can we know too much about the person behind the comedy?

I’m fascinated by people’s journeys, because it turns out getting to know the people behind the humor is really interesting. I don’t think it hurts anyone’s humor if you feel a sense of connection with them. Most comedians are having a conversation with the audience, and want a connection.

Do you think the Internet has been good or bad for comedy?

It’s good and bad. It’s good because it provides an opportunity the next wave of young talent a milieu to be creative, and I’m wildly in favor of that since school programs in the arts have been cut so much. It’s bad because there’s a lot of s—t there, too.

I know what you’re talking about. I’ve been on Twitter because I started this Internet pod show. There are many times when I’ll write something and be conscious of what people will think when they read this. I’m self-editing and considering how it will be perceived, not just whether it’s funny. If I think something is funny and I tweet it, the world gets to weigh in. But those are opinions I really don’t care about, so I would say take advantage of the total freedom this country allows.

What actually is funny? Calvin Trillin once said to me it’s what makes the audience laugh. You can get great laughs with a joke 10 nights in a row and one night it just bombs. That night it’s not funny.

You’re right. I think all art forms are subjective, but for some reason humor seems the most subjective. When there’s a dramatic moment in a film, the reaction is fairly universal, much more so than for a laugh. That’s what I was hoping would come across in the film, because somehow, when you find your voice as a comedian, every subject is available to you. Before you find your voice, you’re always searching for a hot topic or subject matter no one else is talking about. Jerry Seinfeld can talk about any subject and make it funny because he has a specific point of view and he knows what his audience finds funny.

If you take 10 people and tell them a joke individually, you’ll get a percentage of them to laugh. But if they know each other, you’ll get more, if not all. This is an experiment I have not conducted, but I think as you go through life you choose your loved ones and friends based on a similar sense of humor more than any other similar attribute.