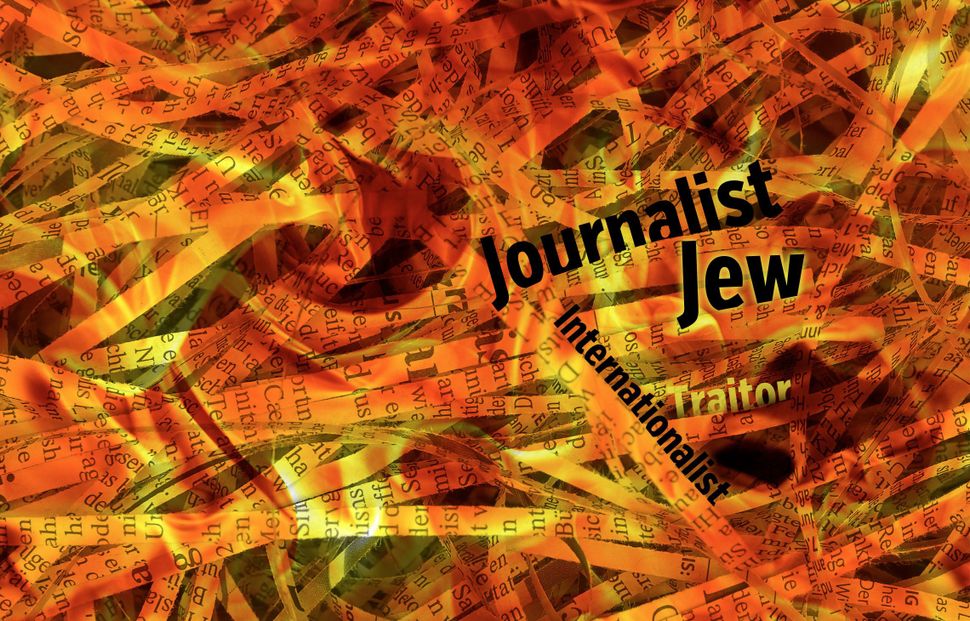 In the days of Hitler, the Bible was condensed and transformed. Throughout the Third Reich, the “Old Testament” was taken out, thus erasing the Jewish contribution. Imagine: a 12-year-old German reader in 1945 might have been entirely unaware of Genesis, Exodus, or Isaiah. It wasn’t just book burning, it was a replacement of text. It was the erasure of not just a people, but a culture, of its printed word, of any evidence of its language and system of thought.

Shelley Frisch, the award-winning translator of Reiner Stach’s monumental Kafka biography (“Kafka: The Early Years,” the final volume, has just been published this month) as well as “Dietrich & Riefenstahl: Hollywood, Berlin, and a Century in Two Lives,” a National Book Critics Circle Award finalist in 2015, was the first person to alert me to the Nazi Bible issue. It turns out that the New Testament was transformed too by the “Institute for the Study and Eradication of Jewish Influence on German Church Life” — scrubbed of Jewish reference, and the Ten Commandments became twelve. Number eight reads: “Keep the blood pure and the marriage holy.”

What Hitler and his followers did was far broader than Bible editing. Hitler changed language itself, according to “How to Read Hitler” by Neil Gregor, a book which an employee at Powell’s Chicago told me has been flying off the shelves. While I was in the store this past Friday, another shopper came in to purchase “Mein Kampf,” saying it was for her book club. This eyebrow-raising book-club selection only emphasizes that what can happen to language is chillingly relevant right now, mere days after the President-elect called Jay-Z’s language “filthy.”

According to Adam Bonica, a Stanford political scientist quoted in The New York Times, nearly nine out of ten Trump supporters agreed with this statement: “people living in the U.S. should follow American customs and learn English”— the single strongest predictor of Trump support. But what English do we mean?

Consider for a moment. What does “filthy” mean, when the speaker has called a fellow candidate a “nasty woman” or bragged of grabbing women by the you-know-what?

Heads-up to the exhausted: adjectives are certainly being redefined. So too are nouns and verbs. Sometimes, in Hitler’s era and in our own, the repurposing of language and text is not as obvious as a missing book of Exodus. Instead, it is a system of words with new meanings. One essential takeaway from How to Read Hitler is that for Hitler, “journalists” was a synonym for Jews. This is essential to keep in mind as Steve Bannon, the misogynistic, anti-Semitic, and white supremacist chief of Breitbart News has been appointed to a key slot in The White House.

Journalists should expect to be treated as Jews are in his mind. And all of us who believe in democracy should join with journalists who know exactly who he is — along with the brave Anti-Defamation League — to oppose this appointment. In case you were wondering, “democracy” is another word Hitler redefined. Consider this passage from “How to Read Hitler”:

“Analyzing Hitler’s prose, passage by passage, line by line is not, in any case, always the best way to extract from the texts the meanings that are undoubtedly there. Much of the interpretative challenge lies in appreciating the significance of the simple but extensive sets of synonyms and antonyms that Hitler uses throughout his writing. When Hitler refers to democracy, he associates this with the Jews. When Hitler mentions the malign influence of the press he is also thinking of Jews.”

Gregor shows how Hitler’s constant use of hyphenated expressions such as “Jewish-democratic” or “Jewish-Bolshevik” or “democratic-pacifist” as well as the term “internationalist” (sound familiar?) reveal this world view. And “ominously,” he writes, “so are their near-synonyms — ‘criminal,’ ‘betrayer’, ‘traitor’ and so on.”

We have so much to be vigilant for, right now — starting with the personal safety of every person in America. But we must recognize that language and safety, and most deeply, language and democracy, are completely intertwined.

That reminded me of an exchange I had years ago with a civil-rights lawyer friend, who told me that the next frontier of civil rights would be language rights. I doubt she could imagine the rash of racist attacks and the plethora of swastikas of the past week.

I’d describe the next frontier differently than my lawyer friend did. We are fighting not only for the right to speak a language other than English, but to speak an English which distinguishes between lies and truth. Lies for Hitler, of course, were commonplace; for example, he complains that no Jews served and fought for Germany in World War I, and spent the war years in comfortable office jobs, when in fact nearly 100,000 Jews served in the German Army, and 12,000 were killed in World War I. And now, we live in where these are the words most looked up during the past 24 hours, according to Merriam-Webster Dictionary’s Twitter feed: fascism, bigot, xenophobe, racism, socialism, resurgence, xenophobia, and misogyny. I noticed that “democracy” and “journalism” are not on that list — yet.

Our worry now must be that the dictionary itself will be rewritten, that half of it can be cut out, and that nouns and adjectives will have meanings selected by madmen. It has happened before.

Aviya Kushner is The Forward’s language columnist, and the author of The Grammar of God: A Journey Into the Words and Worlds of the Bible (Spiegel & Grau.) Follow her on Twitter: @aviyakushner