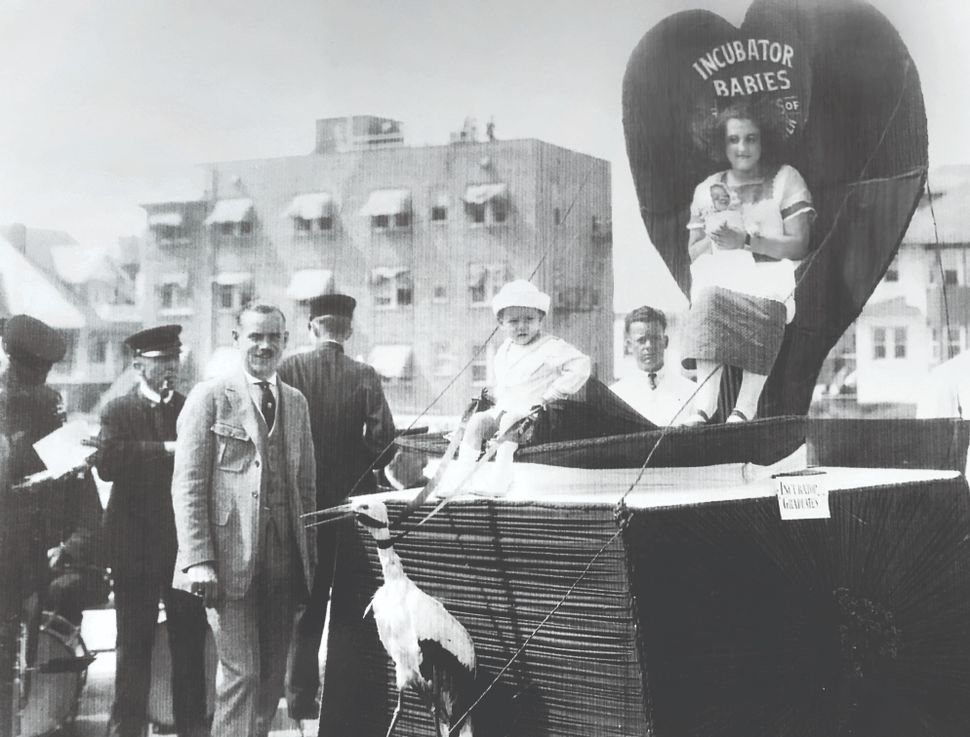 Memorable Display: Dr. Couney’s “Incubator Babies” exhibit was seen at the 1933-34 Century of Progress World’s Fair in Chicago. Image by Courtesy of University of Illinois at Chicago Library

Held during the grim depths of the Great Depression, the 1933–34 Chicago World’s Fair was an audacious celebration of human potential. The “Century of Progress,” as it was dubbed, featured a phantasmagorical display of science and innovation, with dazzling modern architecture and futuristic “homes of tomorrow,” “dream cars” and the like.

Its designers, however, were not entirely high-minded: Many of the fair’s exhibits were lurid and cruel enough to make modern audiences shudder. The pseudo-science of eugenics was described in a panel on the wall in the “Hall of Science”; in “Midget City,” performers of small stature were put on display.

The fair’s strangest exhibit, however, may have been an exhibit adorned with a huge sign that read, “Living Babies in Incubators.” Inside a large concrete building, visitors could walk through neat rows of glass incubators that contained dozens of tiny, premature newborns. These babies were weak, and some had been born with deformities; had they remained in the hospitals where they’d been born, it’s likely they would have died. However, fortunately for these babies and thousands like them, a Jewish immigrant named Martin Couney and his staff of nurses devoted themselves to keeping them alive, even when the medical establishment had marked them doomed.

Dawn Raffel, journalist, fiction writer and author of the forthcoming nonfiction book “The Strange Case of Dr. Couney,” came across Couney’s Chicago exhibit by accident, while researching the 1933 fair for another project. She says her initial interest in the fair was driven by a fascination with the optimism it represented in such a dark historical period: “It was just really strange that at the bottom of the Depression, Chicago was holding a fair. And it was all about how technology would lift mankind to a higher plane, which seemed like a kind of jarring thing [when you think about] the atom bomb or the Holocaust.” Raffel says that when she came across pictures of the incubators during the course of her research and looked into the story behind them, it left her with questions: Why would people leave their babies with a showman or a charlatan? How could this possibly be going on?

Over the course of several years of research, Raffel unraveled some of the mystery of Couney. His real name was Michael Cohn, and he was born in Krotoszyn, Poland, in the late 19th century. He never received a medical license, and he trained under a famed neonatologist in Leipzig before he came to the States. The Chicago fair was but one small moment in a vast career spent exhibiting babies alongside sword swallowers and freak shows, at various world’s fairs and, for decades, at Coney Island and Atlantic City. 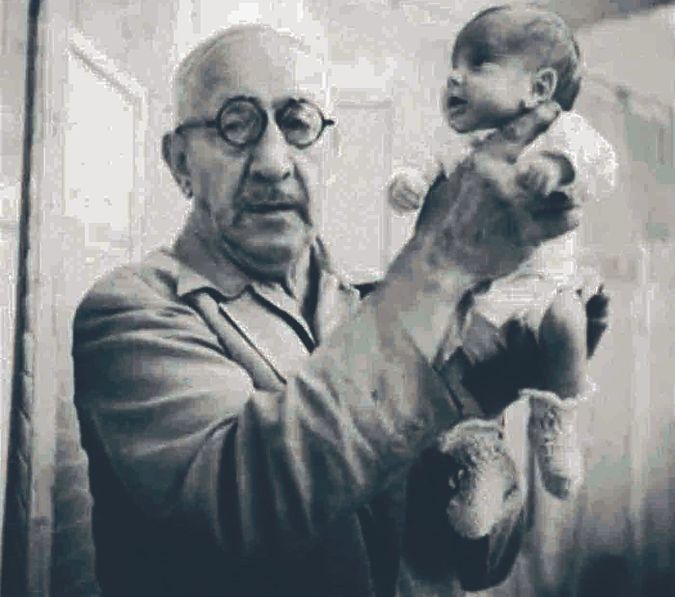 Martin Couney with patient. Image by Courtesy of Dawn Raffel

Unfortunately, not everyone agreed with Couney’s efforts to save the lives of premature babies: Raffel notes that, in the early 20th century, “the American eugenics movement was actively targeting newborns with serious disabilities.” While unswayed by this ideology, Couney was undoubtedly heavily exposed to it. As early as 1900, Raffel notes, while Couney exhibited at the Buffalo World’s Fair, “there was an anonymous letter written to a medical journal, saying, ‘It’s not a great idea to save these weaklings.’” This anonymous letter writer was not expressing particularly radical ideas for the time: It was common for eugenics advocates to take this disturbing stance. In fact, the ideology of eugenics could be found within the very same world’s fairs at which Couney exhibited: “We were seeing ‘Better Baby’ contests at fairgrounds,” Raffel said. “The same way they used to grade livestock at the World’s Fair, they would give out prizes for the most, ‘well-formed’ babies.”

Couney’s last exhibit was at the 1939 New York World’s Fair. He amazed crowds with technology that could save the lives of premature infants, while in Europe the Nazi Party fought to spread a genocidal ideology. Raffel writes that the developments in Europe left Couney broken: “At night, with the babies of 1940 baking in their oven — to inherit what kind of world? — he would go to his private garden to weep.”

Couney might not have been a real doctor, but, as Raffel notes, he had a “tremendous legacy.” Over the course of decades of these incubator exhibitions, he saved about 7,000 lives. Multiply that out to today, she says, and you can find there are tens of thousands of people walking the earth who wouldn’t be alive without his work. In addition, Couney had a major effect on Julius Hess, a neonatologist — unlike Couney, a “real physician” — who is considered to be the father of American neonatology. Hess collaborated with Couney on his later World’s Fair exhibits, and from Couney he learned much of what he knew about caring for premature babies.