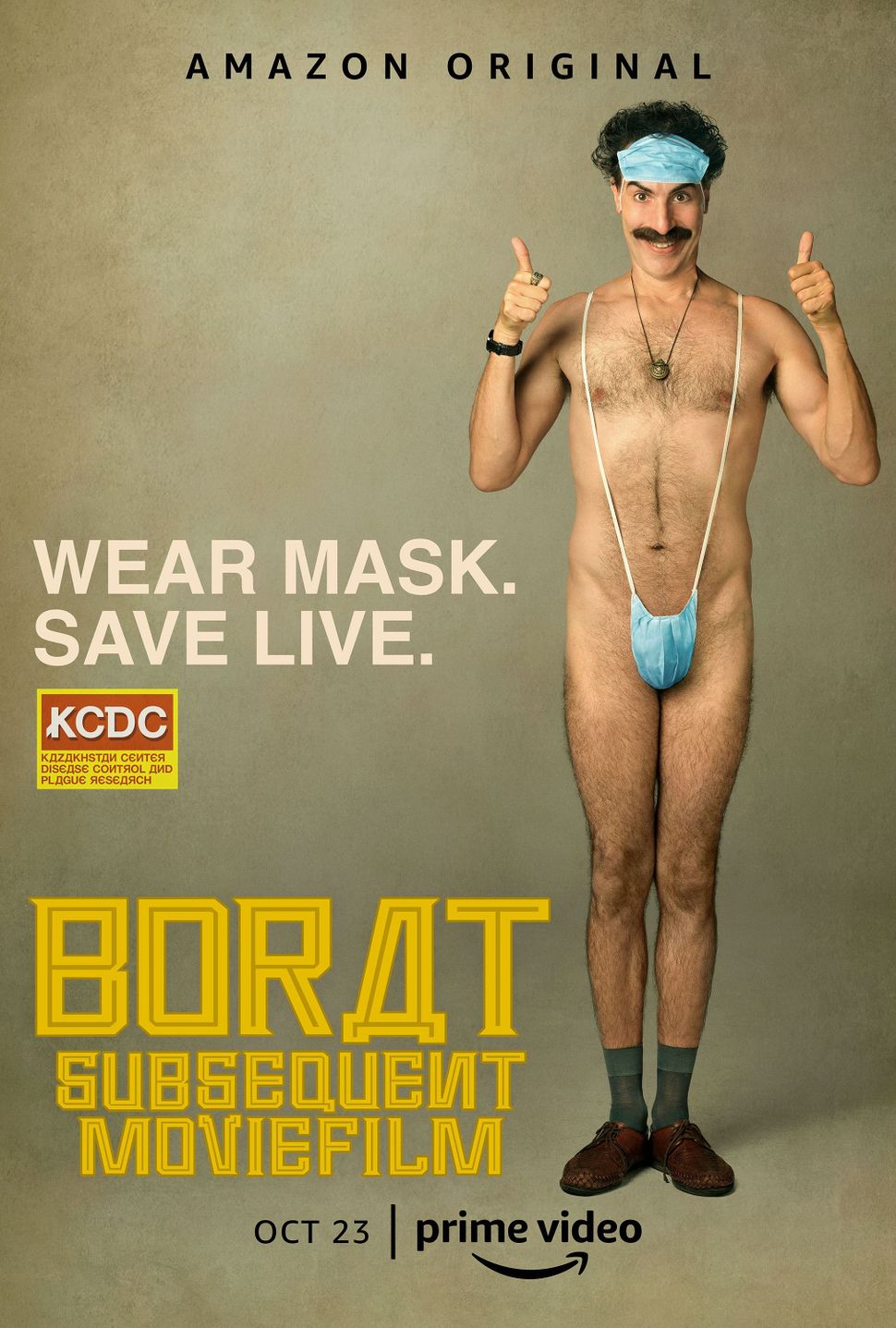 There are benefits to Sacha Baron Cohen’s supreme secrecy. He is, as far as we know, the only major star to make and release a feature film in media pandemic — and hardly anyone knew he was working on it.

Following a few months of rumors and speculation, Baron Cohen dropped the trailer for “Borat Subsequent Moviefilm: Delivery of Prodigious Bribe to American Regime for Make Benefit Once Glorious Nation of Kazakhstan.” The flick, picking up some 14 years after Borat Sagdiyev’s odyssey through Bush-era America, finds the Kazakh journalist ordered to return to the U.S. by his government for a “secret mission.” This time, he’s bringing his daughter along.

Jagshemash. If you see only one moviefilm this year, please see the only one that got made – mine.
Great success! Please, you look. Chenquieh. pic.twitter.com/ygtv4RT4GG

Unfortunately, due to the success of the first film Borat needs to keep a low profile, as his drab gray suit and Brillo pad of hair are drawing notice (likely real notice from actual people) and threaten to endanger his commission. And so he dons a fat suit, presents his daughter at a cotillion, and ultimately aims to gift her to Vice President Mike Pence as some kind of bribe during CPAC.

But once again, Borat is mostly mixing with anonymous Americans, including a pair of Southern gentlemen whom he chooses to quarantine with and who reliably answer, when asked whether Democrats or the coronavirus pose a bigger threat to the country, “Democrats.”

Despite the early talk of disguises, the most surprising revelation from the footage is that Baron Cohen managed to embed himself in the heartland — presenting as Borat — without raising suspicion and, from the looks of it, without vetting his contacts. (It’s perhaps worth noting here that Rudy Giuliani, whom Baron Cohen had a run-in with this summer, is listed in the cast on IMDB, but is nowhere to be found in the three-minute trailer.)

Though he’s seen in various getups throughout the trailer, he’s mostly wearing his trademark “graynot” suit. While many of us may take for granted that Borat is something of a ubiquitous icon, there’s still a lot of the country unaware of his shtick — that alone is a pretty good summation of the state of our nation and our bubbles. It may be hard for Baron Cohen’s guerilla satire to bring a more jarring reminder of divided America than the fact he was able to pull this off once again.