Blacks and Jews — united as subjects of hate 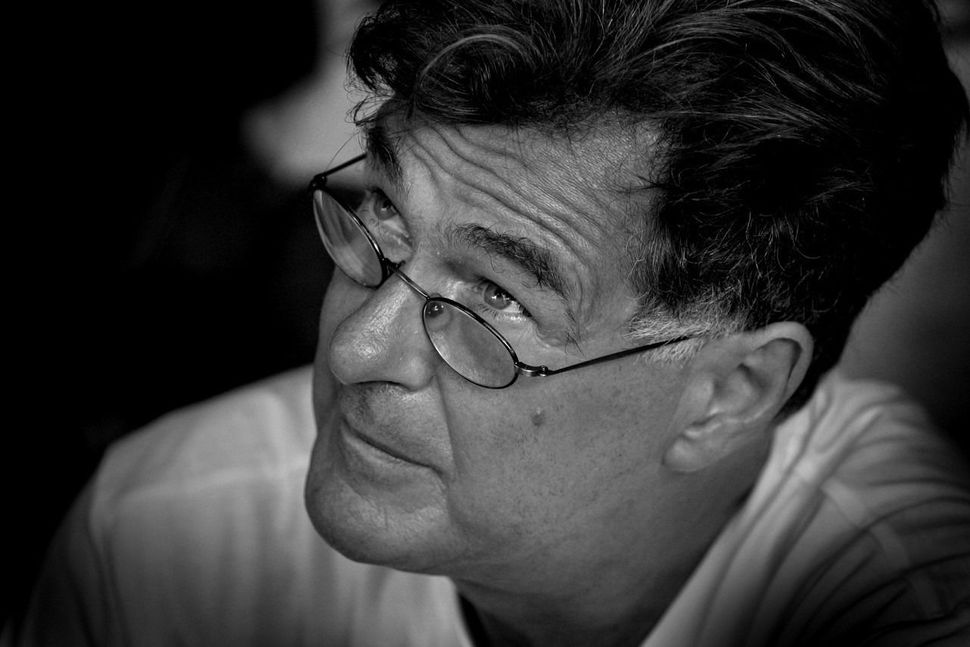 The British historian Tudor Parfitt, author of “Black Jews in Africa and the Americas,” and “The Jews of Ethiopia,” has long investigated interactions among Jewish communities around the world. His latest book, “Hybrid Hate: Conflations of Antisemitism & Anti-Black Racism from the Renaissance to the Third Reich” examines the longstanding coexistence of antisemitism and anti-Black racism. Recently, Parfitt spoke to me from his Florida home.

The cultural historians Sander Gilman and Abraham Melamed noted that for centuries, Jews were described as Black, but at the same time, some antisemites worried that Jewish people were indistinguishable from Christians, and so Jews were made to wear special distinguishing hats and badges in medieval Europe. Did Jews look like Blacks or white Christians to these people?

It’s true that both of those things occurred in tandem. Clearly Jews were represented as black in some medieval Christian iconography and in recorded conversations where Jews are referred to as ugly as Blacks. Probably the color of Jews hasn’t changed in reality over the past thousand years, so it’s a curious double fate. Yet this double-think has been consistent over that time. The Nazis were alarmed because they couldn’t tell the difference between Jews and non-Jews, and mightily tried to find ways of doing so; but at the same time, were convinced that [Jews] were Black.

Why did some prominent Jews apparently accept anti-Semitic arguments about their own color? “Hybrid Hate” cites the 15th century Portuguese Jewish statesman Isaac ben Judah Abarbanel, who claimed that Jews had once been fair-skinned but turned dark “as part of the punishment of exile.” Was accepting this status an attempt to win over oppressors?

I don’t know. It’s difficult to know precisely what [Isaac ben Judah Abarbanel] meant. It could very well be that Jews thought of themselves as being less beautiful than Gentiles. I think one of the things that happens is that all kinds of physiological manifestations are the consequence not so much of biology, but faith. 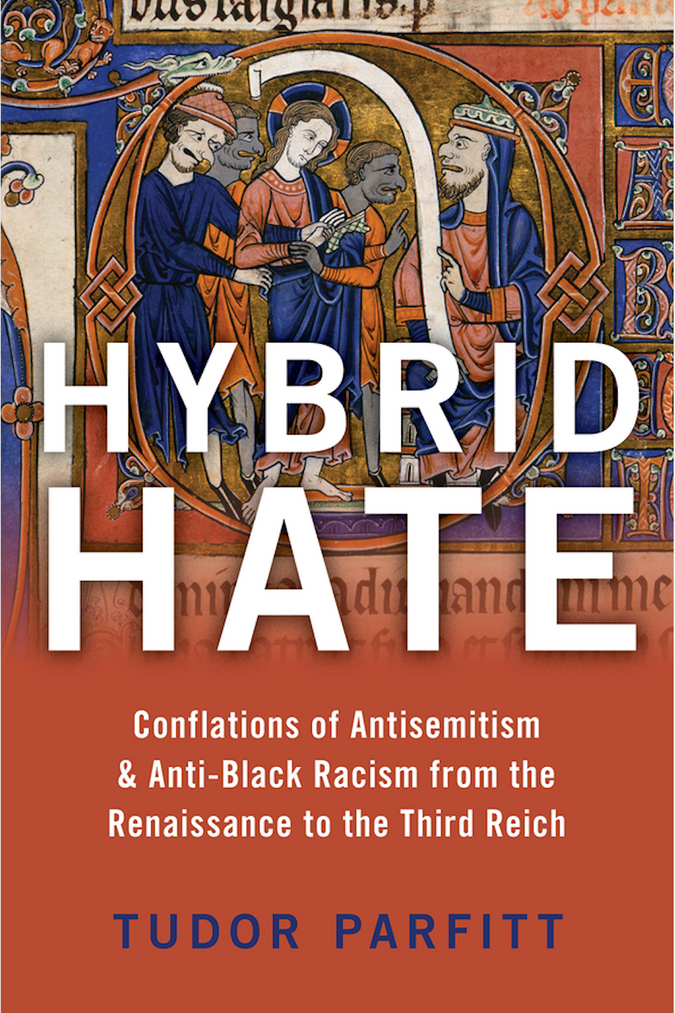 Despite a fear of the mutability of races, the physiologist Samuel G. Morton, later debunked by Stephen J. Gould, stated that Jews and blacks were linked as unchanging, based on paintings and other artistic evidence over centuries. Was it more alarming for racists to think of Jews and Blacks as always potentially changing or never changing?

This is it. It is really one of the critical things, when it comes to the great race wars of the 18th and 19th centuries. [The debate] is divided between those who believe that everyone descends from Adam and Eve, or that each race had a separate or distinct founder event. The idea of immutability of races became very fashionable by the late 19th century. The usefulness of unearthing ancient sculpted heads in what was Babylonia and Assyria for the physical anthropologist was that races could not change and did not change, and were the same in ancient Egypt as they are today.

The American slave owner Josiah Nott commented in the 1850s that an ancient Chaldean sculpture of a Jew made three millennia earlier resembled Philip Phillips, a Democratic congressman from Alabama as an unchanging, stereotypically Jewish face. Yet a daguerreotype of Phillips from that time shows Phillips looking like an average American, with nothing specifically Semitic. Was most of this pseudo-science in the eye of the beholder?

Yeah, it’s absolute doublethink all the time. We see it in the Nazi period, and before then. Jews looked pretty much identical to anyone else and this must have been known to everybody concerned, yet stereotypes insisted upon a difference in look, physiognomy, color, smell, and other physical characteristics.

In the mid-19th century, the Swiss biologist Louis Agassiz suggested that Jews and Blacks were singularly different from the rest of human beings. How could racial propaganda convince a great scientist like Agassiz?

I don’t know how great Agassiz was, but he certainly has got a great reputation in the United States, with buildings at Harvard named after him. But [Agassiz] clearly was an out-and-out racist, even by the standards of his day. Uniquely in racial study, Jews and Blacks were not considered by him to be part of the mainstream of humanity.

The 20th century racist Scottish anatomist Arthur Keith believed that ears were a giveaway about race, at a time when it was widely believed that the ears of Jews and Blacks were like those of gorillas and monkeys. Why do some racist tropes stick and hurt people while others are discarded?

Well, you know, when [Keith] came up with this idea about ears, everything else had been tried and failed dismally, so this was a last hope. From the 1850s to the First World War, scientists were taking thousands of measurements of every bit of the human body and nothing had been found that showed any difference between Jews and everyone else. This was deeply regretted by the Nazis, who later had to invent things to determine who was a Jew. By the way, once [former French President] Valéry Giscard d’Estaing visited my house in France, and during the weekend, he said to his companion: “Have you noticed Tudor’s ears? He says he’s not Jewish, but have you seen his ears?” Giscard d’Estaing was one of the most sophisticated Frenchmen of the postwar period, but even there, there was a primitive idea that people believe that there is such a thing as Jewish ears or a Jewish nose.

You refute the French Jewish historian Léon Poliakov’s claim that antisemitism and hatred of blacks were entirely separate phenomena, but do you think that Poliakov, an authority on the history of antisemitism, might have been motivated by belief in the singularity of the Jewish experience?

That’s an interesting observation. He’s the most erudite writer on antisemitism and I’m a great admirer of his; I just think he was wrong about this. The point of refuting Poliakov is that the roots of prejudice are very, very similar. It’s a visceral hatred that in the European context has been directed to these two specific others.

In 1910, the American Methodist theologian Arthur Talmage Abernethy published “The Jew a Negro,” claiming that the “Jew of to-day is essentially Negro in habits, physical peculiarities and tendencies.” Abernethy was much honored in his day by, among others, Franklin D. Roosevelt. Didn’t people care about such views at the time?

I think it would have certainly fed into the idea that was clearly present in the United States at the time that the Jews clearly weren’t seen as white. To be white you had to be of Protestant and English origin. Italians weren’t considered white. Even the Finns weren’t seen as white in the United States. Jews only achieved the status of being considered as white around the Second World War. Now Jews are being seen as recipients of white privilege, which is ironic, given the history over the past thousand years of their being at the receiving end of these issues.

Blacks and Jews — united as subjects of hate