Ravaged by Alzheimer’s, a star professor tries to remember how to love 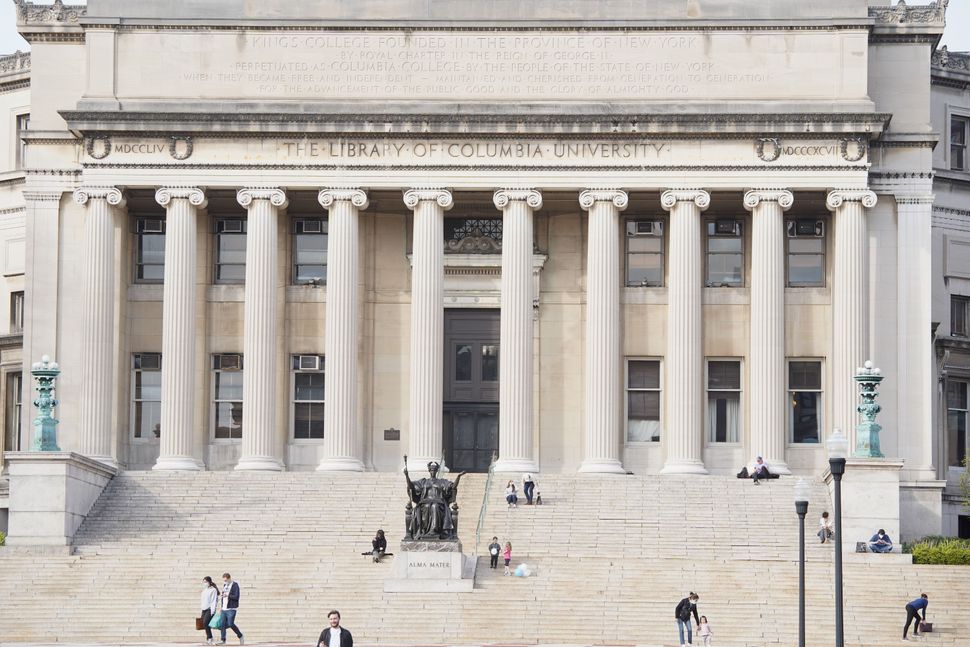 One of the terrors of aging is the prospect of Alzheimer’s disease. An even worse scourge, though, is the variant of the disease that afflicts the merely middle-aged – the brutal early-onset Alzheimer’s so memorably embodied by Oscar winner Julianne Moore in the 2014 film “Still Alice.”

Joshua Henkin’s briskly written fourth novel, “Morningside Heights,” is another poignant entry in the early-onset Alzheimer’s canon. The book intimately explores both the ravages of the disease and its impacts on family members and other caregivers. And, like “Still Alice,” it finds some relief from despair in the redemptive power of love.

There are other similarities between the two works. Adapted from Lisa Genova’s novel, “Still Alice” portrays the deterioration of a gifted Columbia University linguistics professor, Alice Howland. The screenplay centers her experience and emotions as she descends into disability. As the disease chips away at her identity, the title’s meaning seems to morph, from hopeful to darkly ironic.

The Alzheimer’s victim in “Morningside Heights” is another brilliant Columbia University professor — Spence Robin, a Shakespearean scholar who is a MacArthur Foundation “genius grant” winner, as well as an ace teacher. Both fictional professors have based their careers on the study of language, so, when words fail them, the loss seems especially devastating. 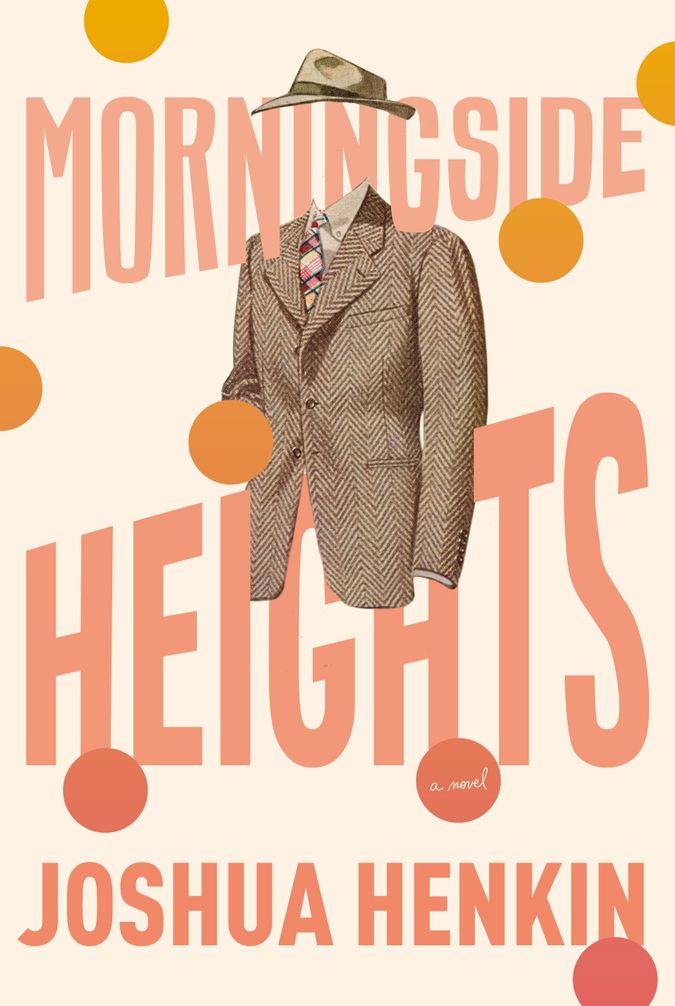 Upper West Side Story: ‘Morningside Heights intimately explores both the ravages of the disease and its impacts on family members and other caregivers. And, it finds some relief from despair in the redemptive power of love. By Pantheon

Alzheimer’s inevitably affects the sufferer’s entire circle. In Alice’s case, that means her cancer researcher husband (Alec Baldwin) and their three children. But the film is more interested in Alice’s journey – her tragedy, not theirs. Henkin’s emphasis is different. He makes no effort to immerse readers in the inner landscape of Alzheimer’s. Instead, we observe Spence, as his family does, from the outside, as he transforms from a hubristic academic to an increasingly silent, befuddled and homebound patient.

Henkin’s third-person narrative shuttles back and forth chronologically, and its perspective alternates among Spence’s wife, Pru Steiner; his dyslexic, gifted son from his first marriage, Arlo, and, occasionally, his daughter Sarah, who becomes a doctor. Henkin, director of the MFA program in fiction writing at Brooklyn College, is concerned with the bonds of love, and how they fray – and sometimes hold – under extreme stress.

The novel begins with Pru’s childhood in an Orthodox home in a suburb of Columbus, Ohio. But Pru’s Jewish identity, and her ambivalence about observance, is a subtheme that never acquires much weight. Henkin jumps quickly to her encounters with one of her graduate school professors, six years her senior.

In defiance of present-day norms, the relationship turns romantic. The two marry, and, over time, Pru relinquishes both her Jewish practice (Spence is Jewish, but secular) and her academic ambitions. She takes a job in development at Barnard College, pleading for donor money and basking in her husband’s aura. “Spence’s success was her success too,” Henkin writes. “There was no separating them.”

Not exactly a feminist manifesto. But a baby brings her happiness, the marriage is good, and the future seems promising. During one mellow August, Henkin writes, “time stretched out, supple as a rubber band: the days unspooling and unspooling and still there were more.” 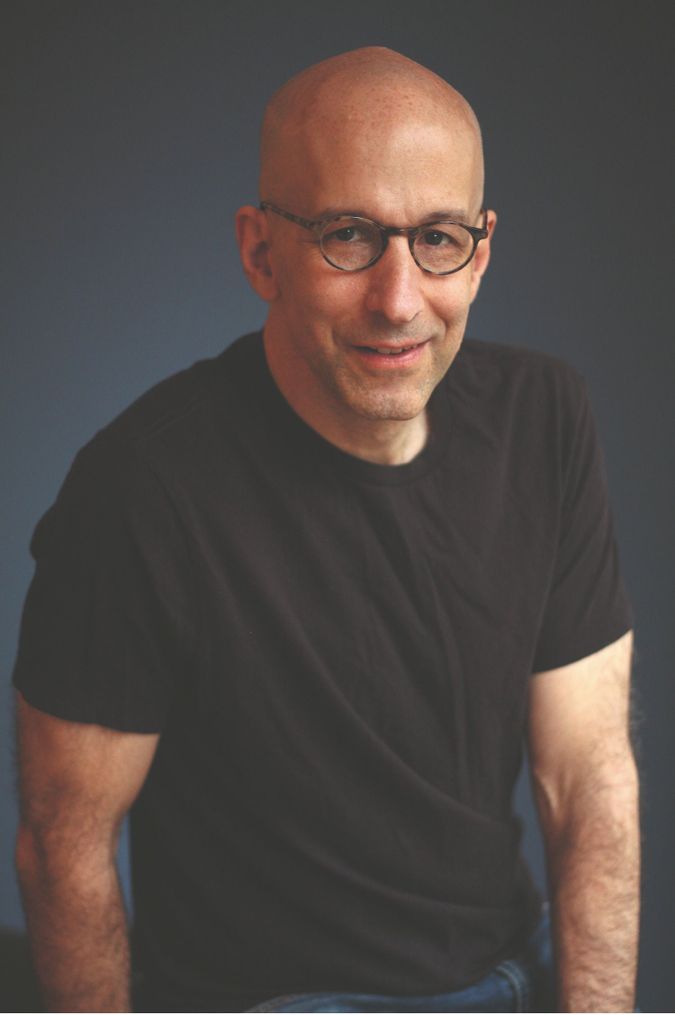 Morningside Author: Joshua Henkin’s is the director of the MFA program in fiction writing at Brooklyn College. His new novel is “Morningside Heights.” By Michael Lionstar

The first signs of Spence’s affliction are ambiguous, even comic: a misreading of a confusingly-worded party invite, an obsessive fixation on catching a mouse. Then, the clues become more serious, harder to ignore. Spence, for so long a prodigy, falls behind in writing a contracted book. His classroom performance plummets. Finally, he admits: “Something’s wrong with me.” He is 59 when he receives the diagnosis.

Eventually, Pru hires caregivers, notably Ginny, a Jamaican immigrant whose hemophiliac son, Rafe, aspires to be a doctor. Ginny is a vivid, vaguely heroic character herself. She guards Spence at home, learning his idiosyncrasies and at Columbia, too, where he still presides improbably over a classroom as his teaching assistants shoulder the load. He retains his office, but wanders the halls, frightening his colleagues and losing control of his bowels. “If Pru had shown the old Spence what the new Spence was like, the old Spence would have been horrified,” Henkin writes. But this new Spence clings to his routine and must be forced into retirement.

As in all such cases, the situation only worsens. Pru’s best friend, Camille, tries to help by offering the beleaguered, lonely Pru a veiled fix-up with her friend Walter. He is doing some caregiving of his own, of an ex-wife with Parkinson’s disease. Friendship and attraction ensue, but Pru’s ambivalence and guilt lead her to act cruelly toward Walter. She dabbles in intimacy, then withdraws.

Alongside the narrative of Spence’s decline, Henkin relates Arlo’s unconventional, itinerant upbringing by a hippie mother, Linda, who named him for Arlo Guthrie. Arlo comes to live for a while with Pru and Spence, long before the Alzheimer’s appears. But the arrangement falters, and Arlo’s relationship with his alternately demanding and absent father remains difficult. Still, Arlo pops up later, a self-made tech tycoon, to help enroll Spence in a drug trial – a last-ditch effort to stem or even reverse the disease.

As characters, both Arlo and Linda seem impossibly quirky – at times, downright annoying. But Pru’s devotion to her husband, even as his deficits balloon, is touching and tenderly depicted, the emotional heart of the story.

Spence’s marital devotion is equally real, manifest in his desperate attempt to mark his wife’s birthday months before it arrives. “Don’t let me forget to love you,” he tells Pru at one point. But, of course, he will.

Ravaged by Alzheimer’s, a star professor tries to remember how to love