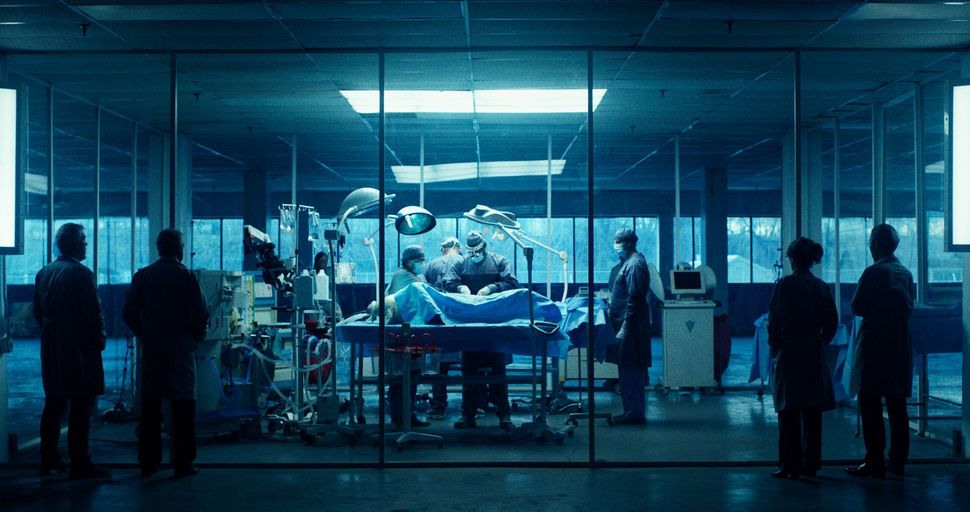 A still from ‘The God Committee.’ Courtesy of Vertical Entertainment

When writer-director Austin Stark, 42, heard about a wealthy man in desperate need of a liver transplant bribing a hospital for an organ, he was shocked and appalled — and couldn’t stop thinking about it.

“And then I read a powerful play by Mark St. Germain, which explores a very similar situation, and in doing so, offers a lens into the organ transplant system,” Stark said during a recent phone interview. “My film, ‘The God Committee’ is inspired by Mark’s play. It is also inspired by various biotech companies currently trying to solve the worldwide organ shortage.”

The movie, which premiered at this year’s Tribeca Film Festival and is now available on Amazon Prime, delves into the emotionally charged topic of who gets an organ transplant in a market with a very limited supply. 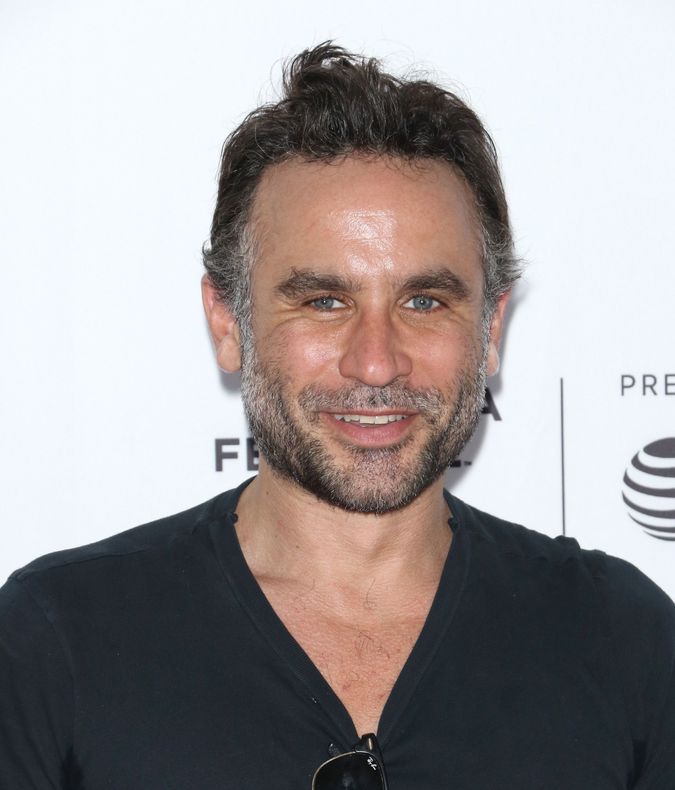 Director Austin Stark attends the “The God Committee” premiere during the 2021 Tribeca Festival at Brooklyn Commons at MetroTech on June 20, 2021 in New York City. By Jim Spellman/Getty Images

The film is set in two alternating time frames: 2014 and 2021. In the present, the members of a medical committee grapple with the choices that were made seven years earlier when a heart became available for transplant in their large urban hospital, and they were charged with choosing the beneficiary.

They debate that choice on screen: Should the heart go to a seriously overweight doorman, a dedicated family man determined to put his daughters through college? Or to a sharp, single woman with no family or support system? Or a young cocaine user and domestic abuser whose dad is offering the hospital $25 million for research that could ostensibly save millions of lives down the road?

Each has an agenda, some more morally dicey than others. At the heart of their argument the question looms: Isn’t it worth sacrificing a few for the benefit of many?

“It’s a dilemma, and I wanted it to be a difficult decision for the characters precisely because of the corruption involved,” Stark said.

In writing the script, Stark researched organ transplants and the world of biotech in addition to working with medical consultants. But beyond the technicalities, he was determined to evoke multilayered characters whose motivations were at best ambivalent. 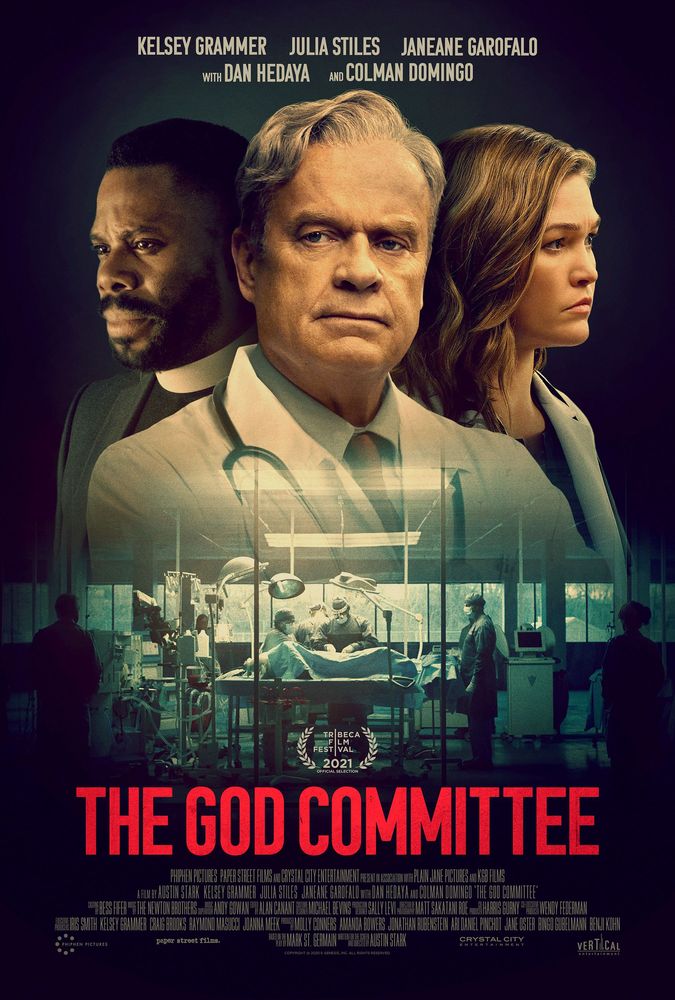 The poster for Austin Stark’s ‘The God Committee.’ Courtesy of Vertical Entertainment

Perhaps, the most striking example is Father Dunbar, the disgraced attorney who has “found God.” Is his new-found religion real or a ploy, the film asks? Is he compassionate or power hungry, or both? What are his motivations, and does it really matter if, in the final analysis, he’s doing good in the world?

The film’s ultimate goal, Stark said, was to shed light on the shortage of organs and inspire people to donate them. At the same time, he knew he was treading an artistic tightrope. “It was important for me to show all sides of the issue, but I didn’t want to sound preachy.”

Still, he said, topicality and social relevance are key to his artistic choices, informing the films he produces as well as those he enjoys as a viewer, he added.

At the moment, he is working on a script about the Spanish Flu of 1917. Set in the fictional town of East Egg — yes, there are shades of “The Great Gatsby” — the story zeros in on a well-heeled family sheltering in place with its staff, who decide to take over. “It’s a thriller with comic elements that very much deals with class,” Stark said.

His Jewish background is an intangible part of his sensibility, he said. He was raised as a Reform Jew in New York City, attended Temple Emanuel, and had a Bar Mitzvah. Today, he primarily thinks of himself as culturally Jewish.

His education was an amalgam: he earned a high school athletic scholarship to the Burke Academy in Vermont, where he trained as a downhill skier, and graduated from Georgetown University in 2001 with his sights set on a filmmaking career. For a number of years he worked for Oscar-winning producer Martin Richards (“Chicago”), and even penned a never-made sequel to Richard’s “The Boys from Brazil.”

After that film got stuck in development, Stark said, he realized “I never wanted to be dependent on someone else to produce my work again.” In 2009, he co-created the production company Paper Street Films, in part with the goal of producing his own films.

He made his writing and directing debut with “The Runner” (2015), a political film set in the aftermath of the 2010 BP oil spill in the Gulf of Mexico. Like “The God Committee” the earlier film centers on the moral conundrum that arises when an idealistic but flawed politician has to make a decision where a comparatively small number of people will suffer for the supposed good of many. To me, the villainy is more cut and dried than in “The God Committee.”

Stark didn’t agree, but conceded “The God Committee” is a more mature work “with a hopeful message.”

“In many ways it’s a more optimistic film,” he said.