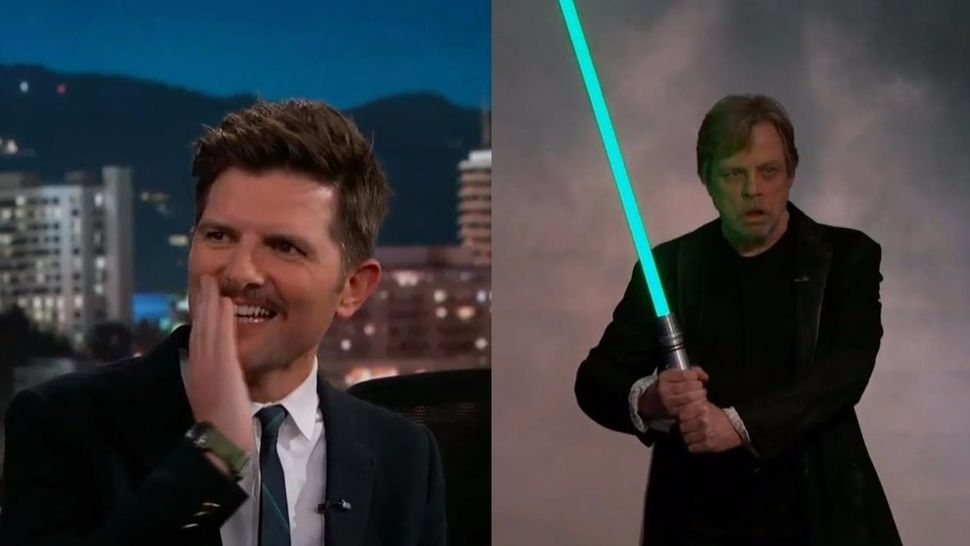 Long ago, in a galaxy far far away, Adam Scott invited Mark Hamill to his childhood birthday party.

During an appearance on “Jimmy Kimmel Live!” Thursday, Scott recalled his earnest attempt to meet Hamill (“I thought if his schedule was clear, he was probably going to [come to the party]”) and his lifelong love of “Star Wars.”

Just as his story was wrapping up things got…amazing. The “Star Wars” theme song began to play and Hamill appeared, lightsaber in hand.

Scott’s reaction is all kinds of delightful, and includes shaking and a whole lot of expletives.

“I’m sorry I missed your birthday,” Hamill told Scott. “I was checking my diary, and that week I had two other birthdays, a bar mitzvah and a supermarket opening.”