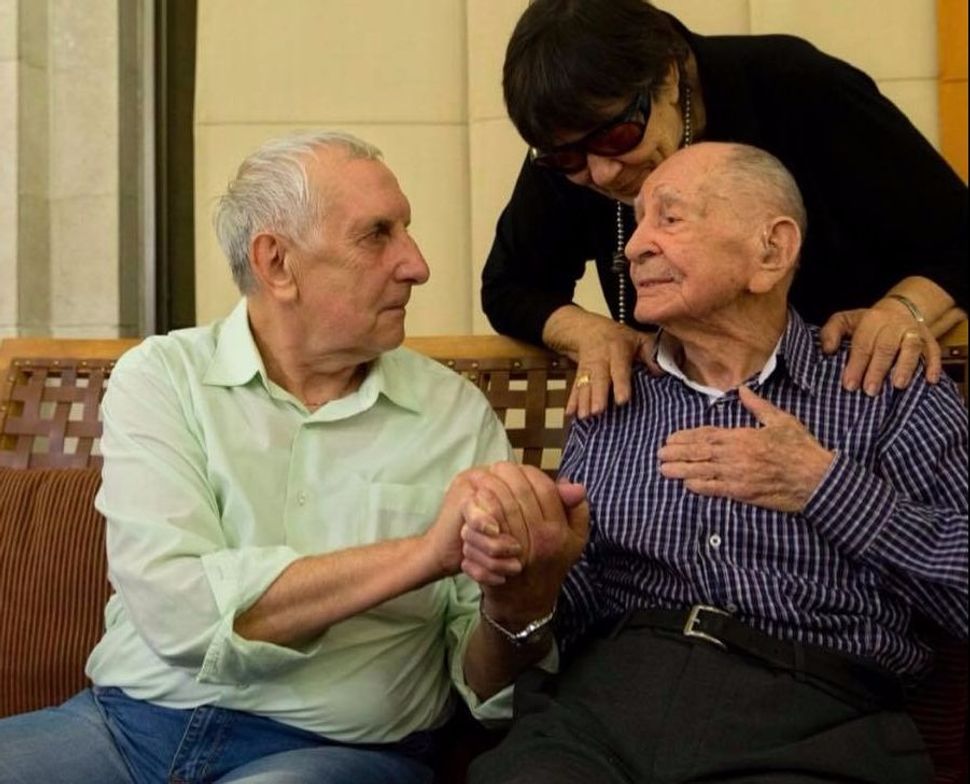 Image by Humans of Judaism/Facebook

A 102-year-old Holocaust survivor thought everyone in his family died during the war — until he was reunited his nephew last week in Israel.

Eliahu Pietruszka fled Poland in 1939. His parents and a brother, Zelig, died in a concentration camp. But Zelig’s twin, Volf, was captured by the Russian army and sent to a Siberian work camp. Pietruszka had always assumed that Volf died there.

Then a Canadian genealogist sent Pietruszka’s grandson a letter: She had discovered that in 2005, Volf had written about Pietruszka for Yad Vashem’s massive database. Though Volf died in 2011, his son, Alexandre, was still living in a remote city in Russia.

They arranged for Alexandre to come visit Pietruszka in his retirement home in Kfar Saba. Upon meeting, the two men fell into tears.

“You are a copy of your father,” said Pietruszka, who was shaking. “I haven’t slept in two nights waiting for you.”

As more Holocaust survivors die, genealogists for Yad Vashem think this may be one of the last such reunions that their database of testimonials can create. One Yad Vashem official who saw the Pietruszka reunion called it “the end of an era.”