Synagogues Across Canada Get Hate Mail Saying ‘Jewry Must Perish’ 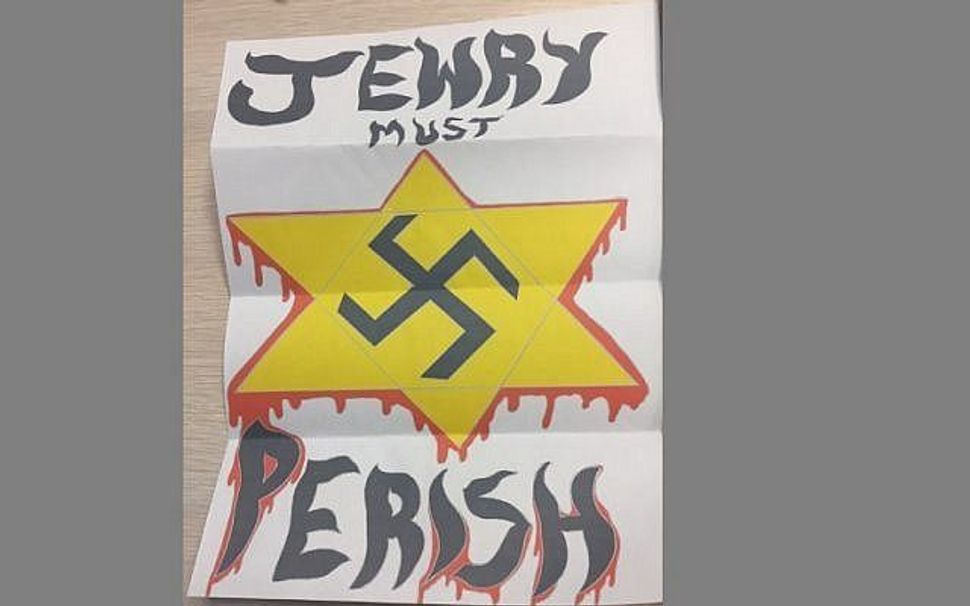 Police are investigating the envelopes delivered Monday to two synagogues in Montreal and one in Toronto. Each featured a drawing of a bleeding Star of David enclosing a Nazi swastika with the slogan “Jewry must perish.”

B’nai Brith Canada described the threats as being “an eight on the frighten scale.”

“Sadly, we’ve seen the swastika make something of a comeback this year,” said Michael Mostyn, CEO of B’nai Brith Canada.

Last month, Statistics Canada reported 221 hate crimes against Jews in Canada in 2016, up from 178 the previous year.

Synagogues Across Canada Get Hate Mail Saying ‘Jewry Must Perish’