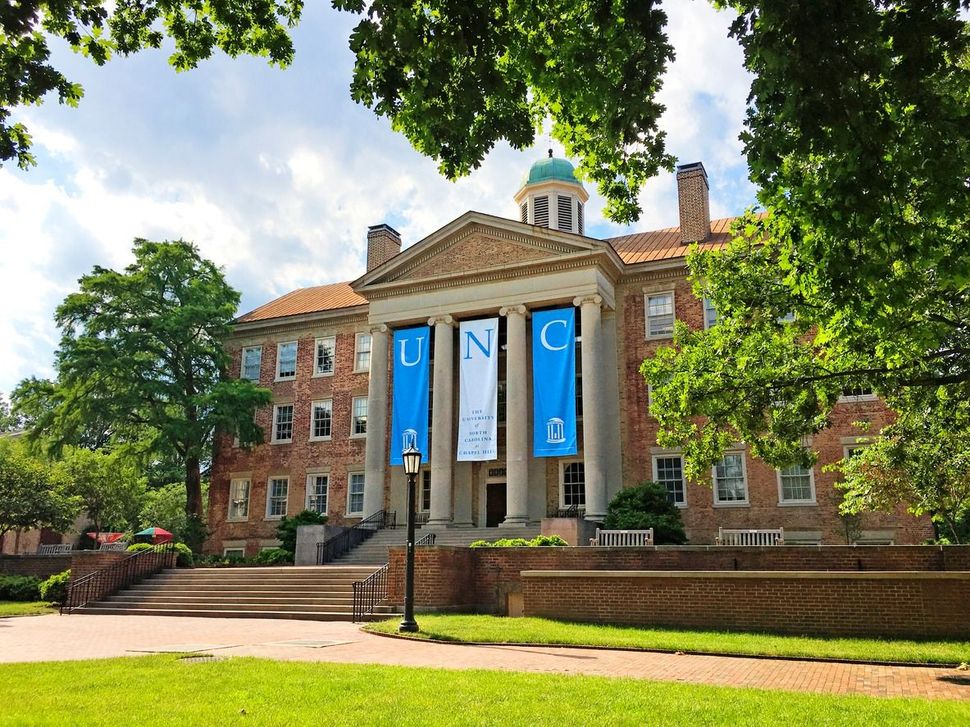 University of North Carolina at Chapel Hill Image by iStock

An online textbook that blames Holocaust victims for failing to actualize their strength is required reading at the University of North Carolina at Chapel Hill, CNN reported.

The textbook accompanies “21st Century Wellness,” part of a one-credit hour course the nearly 19,000 UNC undergraduates have to take before graduation. It aims to teach students how to stay physically fit and make healthy lifestyle choices.

Along with handing out advice about leading a healthy lifestyle, the book delves into other subjects, according to CNN. One excerpt says Holocaust victims who died failed to access their inner strength.

“The people in the camps who did not tap into the strength that comes from their intrinsic worth succumbed to the brutality to which they were subjected,” the book reads. The text was contracted for use for two years, but it is currently under review for the fall, a school spokesman said.

UNC’s Lifetime Fitness undergraduate requirement has been around since 2006, but the current course material was implemented in fall 2017.