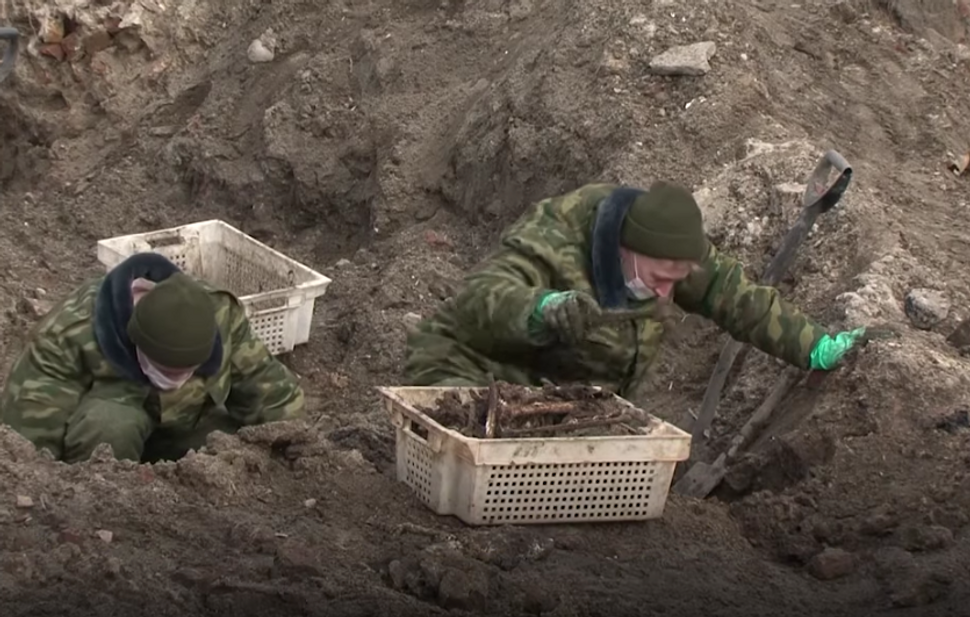 (JTA) — Volunteers in Belarus reburied the remains of more than 1,000 Holocaust victims whose bodies recently were discovered during construction work in the city of Brest.

The burial Tuesday was conducted by volunteers from the ZAKA Jewish search and rescue organization and overseen by a local Chabad rabbi, the news website Jewish.ru reported. The remains were put into several coffins and put into the ground in a religious Jewish burial ceremony.

The mass grave was found in February, containing human remains belonging to adults and children as well as clothes, shoes and other personal items.

The local contractor, Pribuzhsky Kwartia, suspended construction on the luxury housing project and called the authorities.

Mayor Alexander Rogachuk said the bones belonged to “victims of ghettos,” meaning Jews imprisoned there by the Nazis during the Holocaust.

The Nazis killed 3 million civilians in Belarus, of whom 800,000 were Jewish.