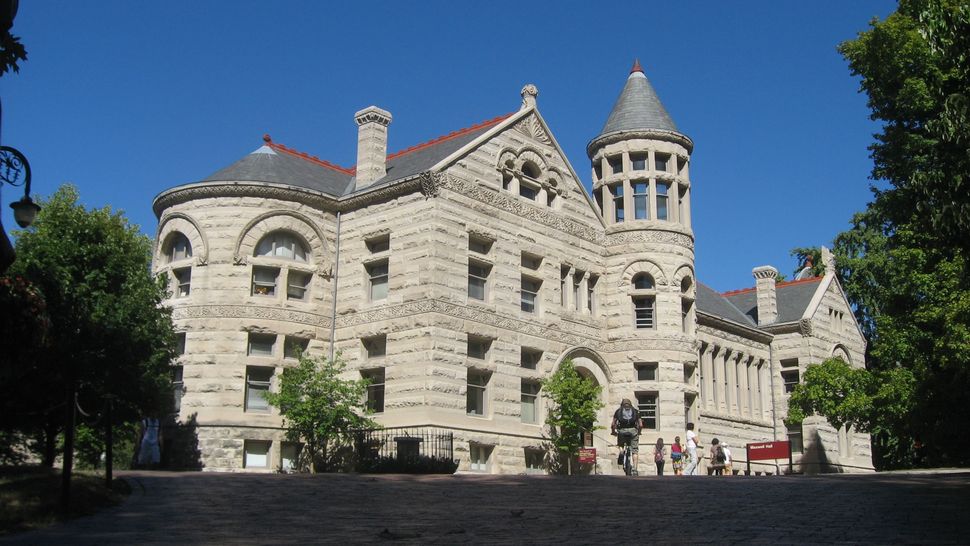 (JTA) — Three Jewish students at Indiana University trying to enter a fraternity party were physically assaulted and subjected to anti-Semitic slurs by members of the fraternity.

The university in Bloomington said in a statement that it was “fully investigating” the incident, in which the Jewish students were attacked when attempting to enter the Pi Kappa Phi fraternity house on Friday night. They allegedly were set upon by a group of 11 fraternity members.

The university has suspended the fraternity.

“IU police detectives are investigating in consultation” with police, the university said, adding that Pi Kappa Phi “was placed on an organization Cease and Desist, meaning members may not host or participate in organization activities” until the case is resolved.

The university, which hosts the Institute for the Study of Contemporary Antisemitism, one of the most prominent centers of academic research into anti-Semitism in the United States, said it “condemns bias or violence in any form and will hold individuals and organizations accountable.”