De Blasio threatens to close Satmar Headquarters ‘once and for all’ 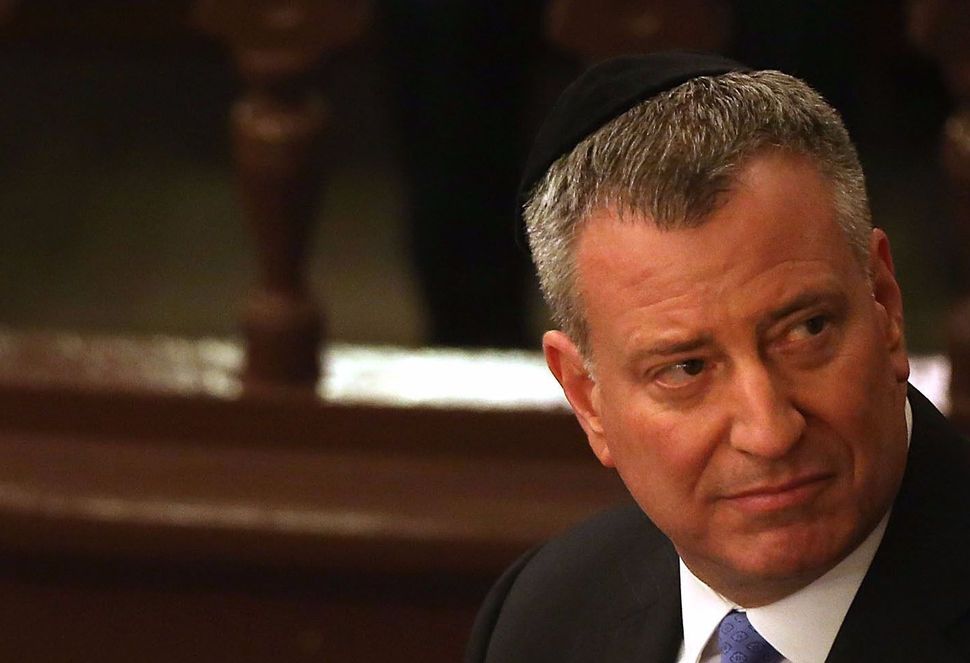 New York Mayor Bill De Blasio threatened Tuesday that he may close the Satmar Hasidic sect’s flagship synagogue in Brooklyn “once and for all,” after the group flouted measures intended to minimize the spread of the coronavirus by hosting a large funeral.

On Monday, hundreds showed up, largely without masks, to the funeral of Rabbi Yisroel Chaim Menashe, a respected judge on the Satmar’s rabbinic court.

The funeral was organized by Congregation Yetev Lev D’Satmar, the sect’s most prominent synagogue in Brooklyn’s Williamsburg neighborhood.

“If we see another confirmed situation in which an inappropriate event is happening in that same building, then we’re going to have to move to shut down the building once and for all,” the mayor warned. “That would be the next step if we see non-compliance.”

It was not the synagogue’s first clash with De Blasio over large events. In October, the synagogue agreed to cancel a wedding celebration for the grandson of Williamsburg’s Satmar Rebbe Zalman Teitelbaum, which was expected to draw thousands of guests. But it secretly held another massive wedding only a few weeks later.

The funeral and the mayor’s statements are only the most recent chapters in a monthslong struggle between New York’s Ultra-Orthodox communities and Mayor De Blasio and Gov. Cuomo’s administration. De Blasio has in the past attempted to shutter New York yeshivas flouting coronavirus regulations, but his efforts have had little effect on the Ultra-Orthodox community, which responded to the mayor and governor’s coronavirus restrictions with a wave of protests in September.

De Blasio threatens to close Satmar Headquarters ‘once and for all’