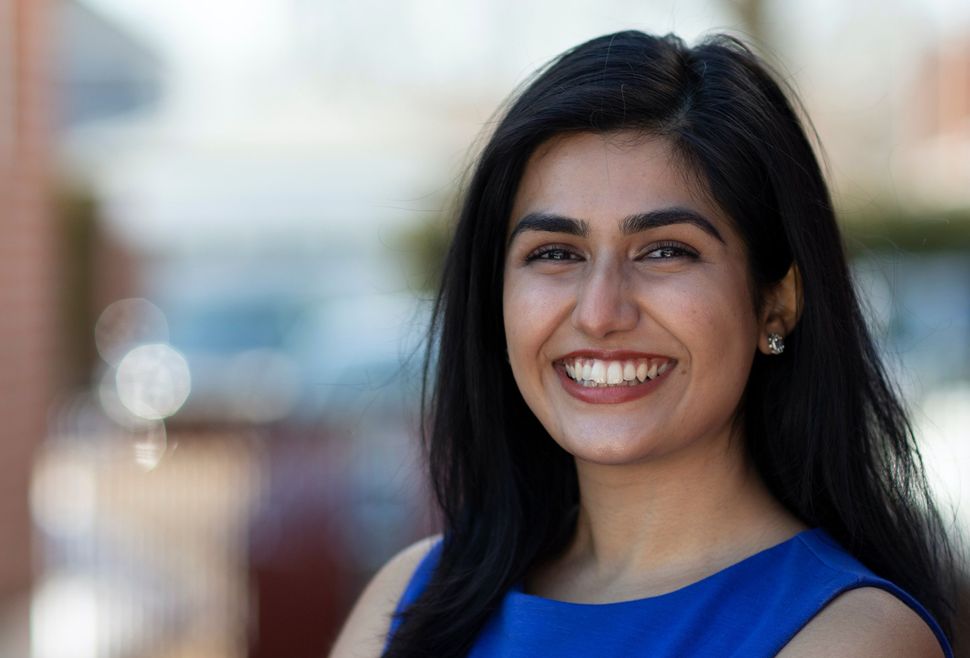 An eastern Queens Council candidate is calling for community-based initiatives and cross-ethnic solidarity to deal with the recent spike in antisemitic incidents and anti-Asian hate crimes.

Jaslin Kaur, a South Asian candidate in the 23rd Council District, released a detailed plan, titled “Standing up to antisemitism and hate violence,” that seeks to move away from a “prosecution heavy approach” and focus on implementing community-based programs that would help deal with the root cause of the problem. It is featured on the issues page on the candidate’s campaign website.

“We are relying on community-based organizations to be the ones to tackle the issues that arise in our communities, to be able to do the responses needed to help our communities feel safer, and feel like we’re actually in coalition with people together,” Kaur said in an interview. She is one of 66 candidates for the City Council who called for the removal of police officers and security measures in all public schools. She pledged to reach out to the Jewish communities and institutions in her district “in a meaningful way” and be a friend and an ally to the communities who have been victims of hate crimes.

The 23rd Council District includes the neighborhoods of Fresh Meadows, Glen Oaks, Oakland Gardens and New Hyde Park – all with sizable Jewish populations. The district has a 35% Asian American population, one of the largest in the city. Kaur, 25, is one of nine candidates running in the June 22 Democratic primary to succeed Councilman Barry Grodenchik, who is not running for re-election. Kaur and Linda Lee, CEO of the Korean Community Services, have raised the most money in the race, according to recent campaign finance filings, and have each qualified for the maximum amount of $168,000 in matching funds.

Kaur said she worked on her new plan with the progressive Jews For Racial & Economic Justice organization and consulted with other Jewish leaders. “As a South Asian American, it is really important for me to stand in solidarity with our Jewish communities given that there has been a parallel spike in antisemitic hate crimes and anti-Asian hate crimes” in Queens. She said that her father, who emigrated from Punjab, India, stopped wearing his turban when he worked as a cabbie because visibly Indian-American taxi drivers were facing vitriol on the job. “This is a moment for our communities to coalesce and say that we have a common fight to combat white supremacy, no matter which side of the political spectrum,” Kaur said. “We can write as many OpEds, we can use as many hashtags as we want, we can have the kind of really important conversations that we actually need to have. But I think that real policy commitment is what people are looking for. They’re looking for actual material change that can help foster community safety.”

David Rivel, former CEO of the Jewish Board of Family & Children’s Service, told the Forward that the plan is one of the reasons he’s supporting Kaur’s candidacy. “Despite the rise in antisemitic hate violence, which spiked two years ago in New York and has remained high, very few candidates have introduced specific plans for addressing this scourge,” Rivel said, calling her detailed plan the gold standard.

Kaur, a member of the Democratic Socialists of America, is backed by a number of state lawmakers, including Mike Gianaris, a state senator from Queens who also serves as deputy majority leader; the Working Families Party; the Jewish Vote and a number of liberal groups.

In the 30-minute phone interview, Kaur defended a commitment she took to decline to take part in an annual sponsored trip to Israel by the Jewish Community Relations Council of New York, an initial requirement in a recent DSA questionnaire. The questionnaire asked New York City Council candidates to agree “not to travel to Israel if elected… in solidarity with Palestinians living under occupation.” The DSA endorsed six Council candidates this year.

“What was really important for me about that question was that I am committing to taking care of the community that already exists in District 23,” Kaur explained. “I don’t have to make a travel or trip somewhere else to understand the deep situation of antisemitism that exists in New York City.”

Kaur maintained that the policy is to avoid traveling on sponsored trips. “But if the motivation of the trip were around an educational understanding, to meet community members and meet local leaders, I wouldn’t be opposed to that,” she said.