Son of Holocaust survivor who flew Afghan refugees to US: It was easy to ‘put myself in their position’ 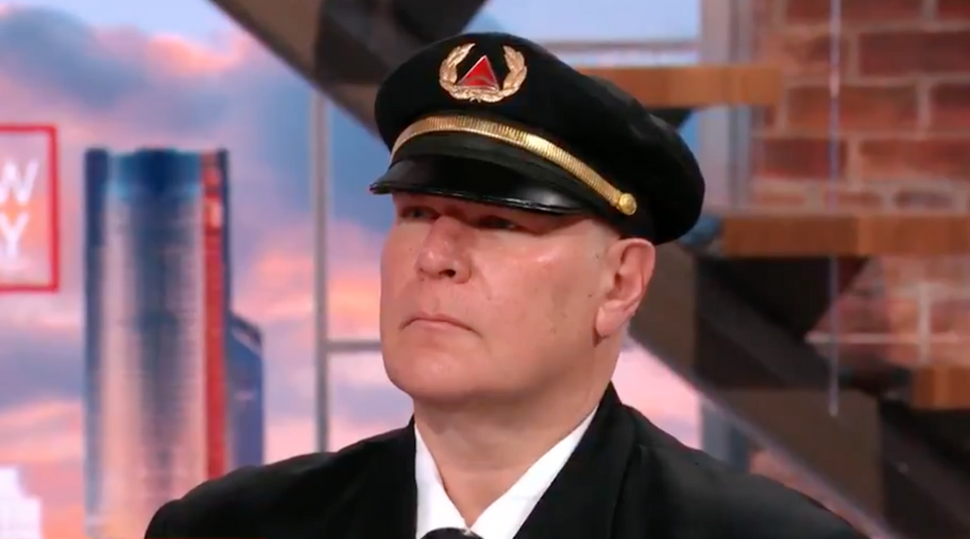 (JTA) — Last week, Delta Airlines pilot Alexander Kahn flew hundreds of Afghan refugees from Germany to Dulles Airport outside Washington, D.C., as part of a U.S. government partnership with commercial airlines. It had extra special meaning for Kahn, as he told CNN, for a few reasons — first and foremost, his own father was a Holocaust survivor who immigrated to the U.S. in similar fashion.

“I’m the son of an immigrant in the United States, my father was a Holocaust survivor, he was liberated from Buchenwald concentration camp by Patton’s Third Army and came to the United States not much differently than the people that are coming to the United States now,” Kahn told Jewish anchor John Berman on CNN’s “New Day” on Friday. “He was coming with the clothes on his back, no family, no English skills, and had to start life over again. Luckily he was starting life over in the land of opportunity.”

Delta Airlines Pilot Alexander Kahn transported Afghan evacuees from Ramstein Air Base in Germany to Dulles, as a part of the Civil Reserve Air Fleet.

His crew used their own money to purchase diapers, wipes, coloring books and balloons for the many young refugees on board. pic.twitter.com/mhECpm2UBE

When asked how he felt on board, Kahn said that he was able to “put myself in their position.”

“This is going to be a frightening experience for them, but it has the potential to be an excellent experience for them. My father made it into the United States, learned English, put himself through school, became a doctor, and years later actually was back in West Germany as a physician for the U.S. army…at the tail end of the Cold War,” he said.

The Ramstein Air Base in Germany was where Kahn flew his first plane in training, and it’s where he flew the Delta flight of refugees fleeing the Taliban.

Kahn noted that the flight’s attendants prepared for the trip the night before by using their own money to buy things for the Afghan flyers, such as diapers, books, candy and other supplies, “because we knew these evacuees were coming with no opportunity to prepare,” he said.

Berman asked what Kahn would tell his passengers years from now, if he had the chance.

“I think I’d probably ask them, how’s their experience? Have they been able to reach goals that they never dreamed possible? And to give them hope, to show them that we are a land of legal immigrants and this is what built the United States. We’re a generous country because we’re a generous people, and the future is theirs,” Kahn said.

—
The post Son of Holocaust survivor who flew Afghan refugees to US: It was easy to ‘put myself in their position’ appeared first on Jewish Telegraphic Agency.

Son of Holocaust survivor who flew Afghan refugees to US: It was easy to ‘put myself in their position’