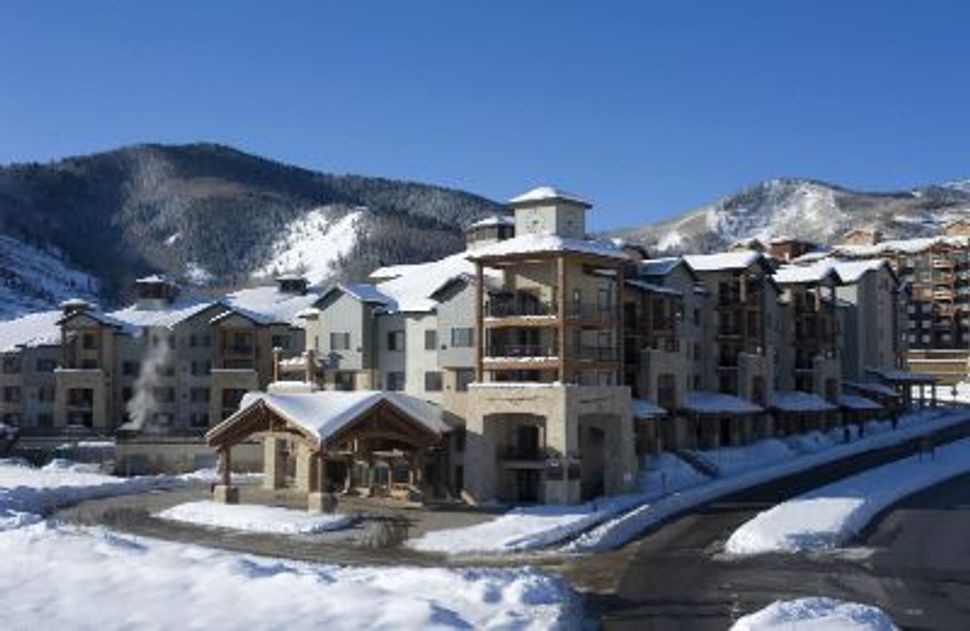 Image by Courtesy of Canyons Resort

The 85-seat restaurant, Bistro at Canyons, is described as the first kosher restaurant at a North American ski resort. There are only three larger ski resorts in America than Canyons Resort — and this one has a heated chairlift, to boot.

The chef, John Murcko, Salt Lake Magazine’s pick for best Utah Chef of 2011, is preparing savory dishes for famished filmmakers and starved skiers alike. To build up an appetite (or to work off weight after indulging), diners can hit the 182 trails and 4,000 acres of ski and snowboarding slopes nearby.

Murcko said, “We have meticulously sourced the finest ingredients and designed an intriguing menu to demonstrate that gourmet dining with kosher preparation can be an exquisite combination.”

Diners can venture beyond the fine mainstays of the Second Avenue Deli; picture instead mustard crusted wild salmon with zucchini noodles and braised Belgium endive, or braised lamb Milanese. Though far from the pressure cooker of the Big Apple, the menu matches many restaurants in New York for its creativity.

“The more dining options the better,” said Andrew Ingall, the Program Officer for the Arts at the Foundation for Jewish Culture, when asked his thoughts on the new kosher restaurant. Jaymie Saks, executive director of the Boston Jewish Film Festival, agreed, saying, “It’s great to hear the restaurant is opening. There must be demand for it.”

Murcko’s entrees include Turkey Involtini, Standing Rib Roast and Chicken Schnitzel, and the wine list features Israeli selections as well as offerings from many other locales. Desserts at the Bistro include Pumpkin Cake Roulade and Coconut Panna Cotta.

The Bistro offers multi-course prix fixe Sabbath meals, as well as kosher breakfasts that can be ordered even at dinner time. And all meals are strictly kosher: The restaurant is certified by the Kashruth Council of Canada and has on-site rabbinic supervision.

And with Sundance going on just outside, you never know who might stop by for dinner: It could be Todd Sklar of “92 Skybox Alonzo Mourning Rookie Card,” or Jill Soloway, director of “Una Hora Por Favora,” which features a subplot concerning “a Jewish mother’s unquenchable desire to control her daughter.”

Among the films at Sundance this year, one, “The Law in These Parts,” was assisted by the Foundation for Jewish Culture’s Lynn and Jules Kroll Fund for Jewish Documentary Film. Last year the foundation funded “Crime After Crime,” about a pair of rookie lawyers, one an Orthodox Jew, involved in helping a battered woman imprisoned for murder.

Ingall of the Foundation for Jewish Culture said he wished there had been kosher dining at Sundance last year. If there had been, he might have had lunch with “Crime After Crime” protagonist Joshua Safran, who is Orthodox. Hopefully, though, there will be a second opportunity for the two to dine at Sundance in the future.