What Would You Do If You Were Hungry? 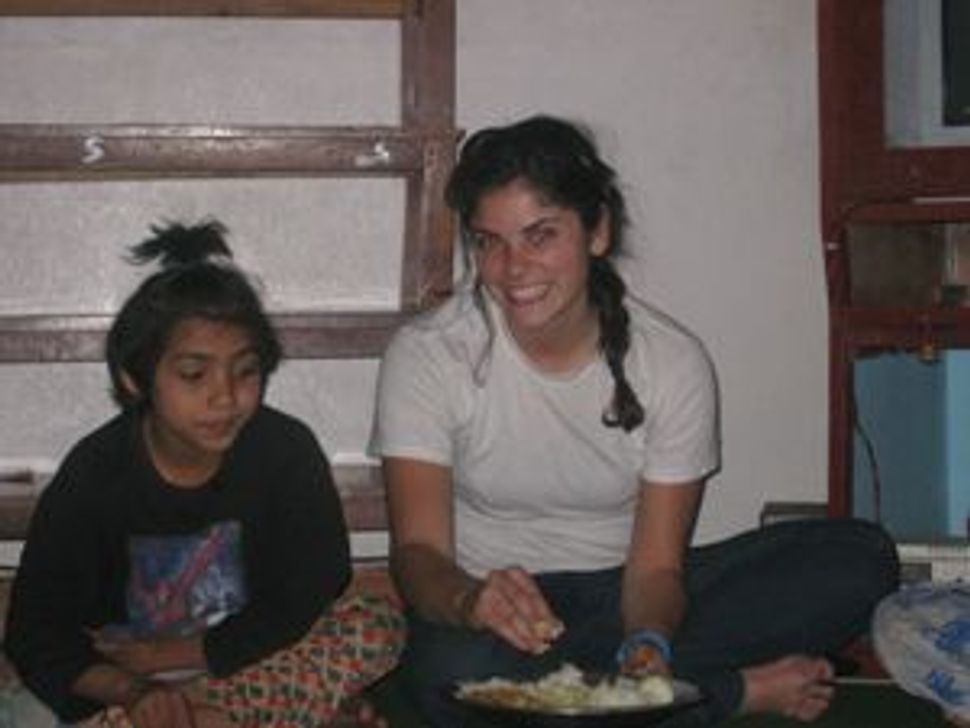 Right now, I feel pretty bad for myself. As a result of my personal version of a pre-Passover plague of bed bugs, everything I own is in a plastic garbage bag. My kitchen looks like a landfill; a giant heap of what looks like garbage, but is actually the only possessions I have to call my own. I have been wearing the same pair of pants for more than a week, and have been sleeping on my couch with a towel as a blanket.

But, at least I know I can survive this part. A few years ago I traveled through Nepal for a number of weeks with only one pair of pants and two shirts. I traveled from Israel and when the Nepali banks refused to exchange my shekels into rupees, I had no choice but to sit on the curb and cry. I was alone in a place I had never been and had nothing but the very few clothes in my pack. Where would I sleep? Where would my next meal come from?

Unlike 50 million Americans, and billions of people globally, I am grateful that I don’t have to ask myself these questions every day. While I was in Nepal, living on less was easier because I was able to eat delicious local food in the place where I volunteered. In New York though, I’m finding it quite difficult. Food is expensive—and I’m not talking about a filet mignon, I’m just talking about your standard red pepper. These few weeks of having to choose between spending a fortune in restaurants that honor my attempts to eat healthy or dishonoring my body by eating low-quality food have been stressful. I am fortunate to know they will end soon and I will again be a person with “food values”, because even on my fresh-out-of-college-non-profit-salary, I can afford to be.

The price of a local, sustainable, organic, fairly traded, non-hydrogenated, non-GMO, preservative-omitted, gluten-free, seasonal, kosher Oreo certainly costs a pretty penny. But if you’re lying in bed awake at night trying to decide if it’s better to join a CSA or buy your produce at the farm stand, then it probably doesn’t matter. You’ve probably heard it before: the food movement, in all its organic-soap box glory, requires a certain amount of privilege.

However, the fact is that most Americans don’t have the privilege of deciding between a CSA or a farmer’s market. It’s not really a decision at all, rather a hunt to figure out where they can get their next meal, and if that means a preservative-laden, no-season-necessary, genetically-modified, trans-fat-heavy plastic-wrapped piece of something claiming to be food–then so be it.

Last year, I facilitated a workshop in a Detroit high school. Notorious for poverty, obesity, and food deserts, I shouldn’t have been surprise that though I arrived at 7:00 am, students were pulling 2-liter bottles of pop and large bags of strangely colored foods from their backpacks. I shouldn’t be surprised by the stories about teachers who accidentally punish their students for taking more than one treat without realizing it’s because they have no other source of food. I shouldn’t be surprised that hunger is a serious problem in a country where obesity is one of the leading causes of death. And yet, I am.

Today I, along with hundreds of other food bloggers across the country, dedicate my blog post to raising awareness. Tonight, over your dinner of sustainably-raised, non-GMO, pistachio-encrusted salmon garnished with herbs from your windowsill garden, start a discussion about the fact that 1 in 4 children in this country don’t know where their next meal will come from, or that we allocate only $1 per week for a child in a school meal program, or try to understand why the government subsidizes corn and soy instead of fresh produce. And then, raise hell about it.

Write your congress person, watch this (or another) documentary, start volunteering at a soup kitchen, take a SNAP challenge, give money to organizations that are making a difference or at the very least, do not let yourself forget about the millions of people in our great country who go to sleep hungry.

Next week, the 3 closets in my Park Slope apartment will return to their former glory, my refrigerator will be full of foods I cooked with fresh produce, and the sting of living on less will begin to subside. Though in some ways, that moment of terror and temporary poverty in Nepal seems like a lifetime ago, in other ways I am reminded that a wrong decision (like bringing the wrong currency) could bring me there again. In a post-Sandy era, we are reminded we could ALL be there. So before you decide to make your next political statement about food waste by dumpster diving, think about the 50 million Americans who will be right alongside you, but not because they want to be. Think about ways to make healthy food more accessible to everyone, not only those who can afford it. Feel the end of hunger at the tips of your fingers, and in the wise words of Margaret Mead, please be reminded that it only takes a small group of thoughtful people to change the world.

Liz Traison is a recent graduate of The University of Michigan where she received a BA in History and Judaic Studies. She also studied at Midreshet Lindenbaum and Hebrew University. She is thrilled to be a Program Fellow at Hazon and also to be doing social justice programming for MASA Alumni. She likes being outside, particularly on Skeleton Lake. And also being inside, specifically doing creative workshops in prison.

What Would You Do If You Were Hungry?