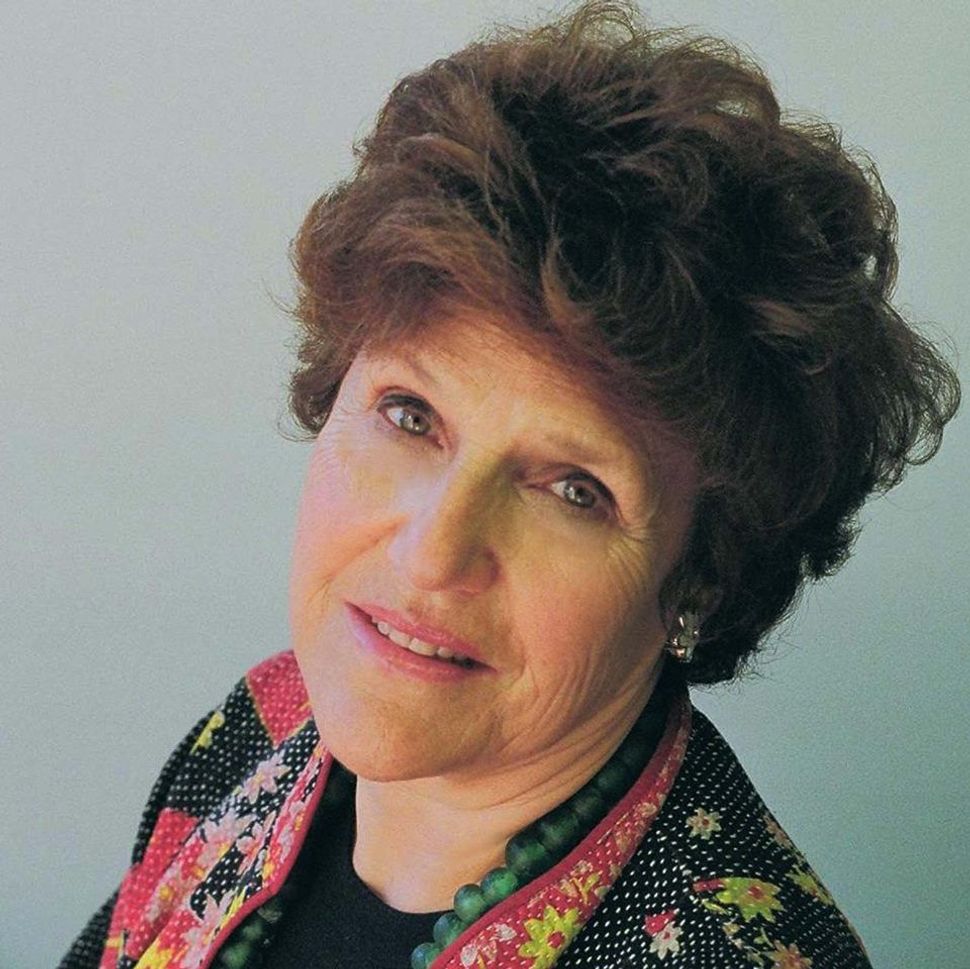 Eleven cookbooks. Four decades in the food industry. Fifty countries visited. Recognition from the James Beard Foundation and the IACP. Her latest cookbook, King Solomon’s Table is a reminder of just how prevalent Joan Nathan is in the Jewish culinary world. Has Joan Nathan done it all?

To most people in the food world, Joan Nathan is the face of modern Jewish cooking. She’s come a long way from baking cookies in home economics class in the Murray Avenue School of Marchmont, New York.

“Malawach. Kubaneh. Hummus. I discovered these things years ago,” she tells me. Now they’re mainstream. Malawach and kubaneh are forms of Yemenite bread while hummus is, of course, the lauded chickpea dip that redefined bar food.

“I went to the heart of what they really were,” she says. When Alon Shaya, new young chef with restaurants Saba and Safta, wanted to make malawach, he called Nathan, got her recipe and played around with it.

What does Nathan think about the ratio of male to female chefs in the industry?

“A lot of chefs are trying to break out of the old boys’ network,” says Nathan. “It’s a tough industry. In lots of industries there should be more women in prominent roles, but there aren’t. Lots of chefs are talking about their female chef friends now. Chefs are important in our culture. When I first started it was cookbook authors who were important, because of Julia Child. Then she went on TV and introduced chefs to the American public. Top chefs became heroes, and going out to eat became more accessible, as restaurants became cheaper.”

Nathan’s way of working is rather unique. She operates like a food anthropologist crossed with a recipe historian. She gets tips about exotic chefs and lost Jewish community traditions, and then she follows the trail of breadcrumbs around the world to the roots of the recipes.

Nathan is a food detective of sorts, following her nose. Recently it led her to Paulo LaFona, a chef in Rome, who greeted Nathan with an old Italian-Jewish cookbook in wrapping paper and a bird’s beak knife. They spent the day together cooking in LaFona’s home at the edge of the ghetto, with LaFona telling Nathan the storied history of the Jews of Rome.

“Recipes are part of life,” says Nathan. “Recipes are windows into life. With different histories in the Jewish world opening up because of immigration there are more and more pockets of Judaism being revealed. It’s the mysteries of Judaism opening up to us all. Now if you want good Jewish Azerbaijani food, go to Queens.”

Jewish culture is immigrant culture. Absorbing other culinary traditions into Jewish food is Jewish culture. “My Danish daughter-in-law’s mother’s recipe for big meringue is something I’m making for this year’s Passover seder,” says Nathan. “So she’ll feel included. There’s my eggs and spinach from Corfu.”

“I make my mother-in-law’s gefilte fish. My father liked krimselso I make that, I like almonds so I make an almond lemon torte.”

Nathan’s seder is a cultural hodge-podge, and she likes it that way.

“I’ve been making seders for thirty-eight years,” says Nathan. “For my first seder I made my mother’s roast chicken with dry ginger because that’s the German way. Now I use fresh ginger and nutmeg in my matzo balls. It’s a lot of work, but so worth it.”

What makes Jewish food Jewish, considering how many culinary traditions have been absorbed into it?

Dietary laws, for one. “Even if you’re not kosher, you still think of them,” says Nathan. “I’m not religious, but I am traditional and when I met a man who owned a non-kosher restaurant wanted to make stuffed cabbage, with ground meat and Parmesan cheese, I was startled. That doesn’t taste good. Cabbage needs the sweet and sour,” says Nathan, adding that the restaurant met an early demise, closing not long after that.

The dietary laws are about ‘less is more’, Nathan explains to me. You don’t need milk and meat, a heavy combination, to make a dish. You can keep it light.

What else makes a food ‘Jewish’?

“Adaptation. I met two women, from Cuba and El Salvador, who made latkes with yukka and cilantro cream,” says Nathan. “Jews have been obsessed with food since King Solomon. I think of him as the original foodie.”

Joan still makes challah every week and brisket on holidays. Bagels, bourekas, shakshouka, babka and chicken soup are still mainstays on her table.

But to get beyond the classics, to eat more adventurously, Nathan advises taking a cooking class. “The smells, the aroma…take one and you’ll be hooked.”

Shira Feder is a writer for the Forward. You can reach her at [email protected] or on twitter at @shirafeder