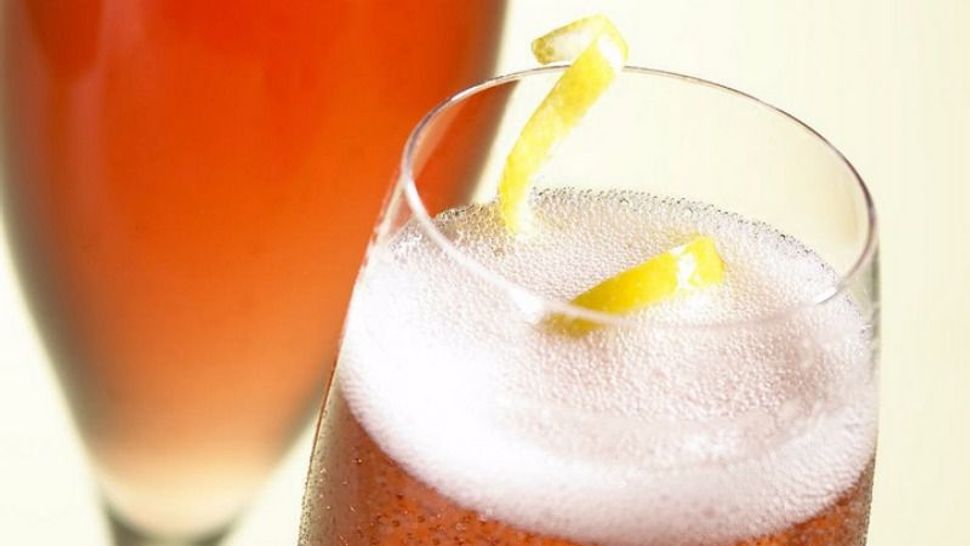 Pink sparkling wine, a powerful hit of vodka and some sharp (nasty?) citrus all contribute to our take on the mazel tov cocktail. Image by Flickr

Perhaps you saw Donald Trump spokesperson Scottie Nell Hughes refer to molotov cocktails in JayZ’s “Run This Town” video as “mazel tov cocktails.” And while the Washington Post quickly jumped in to say that such a drink actually exists on the menu of a DuPont Circle bar, it seemed to me that I should take a few minutes to mix up my own version, just in time for election night. (Because who doesn’t want to experiment with cocktail making at 11 a.m. on this particular Tuesday?)

But what to include in this celebratory beverage? The first thing that popped to mind was champagne. And since we may well be toasting the first female president of the United States (and because as much as we may tut-tut the idea of gender-specific colors, we do love a good sparkling rosé), pink champagne seemed appropriate.

I happened to taste a particularly delicious, crisp, sophisticated kosher sparkling rosé yesterday, by Yarden, and realized that would be perfect here.

One of my favorite champagne-based cocktails is the French 75, which incorporates lemon juice, simple syrup and gin. A little research let me know that Hillary Clinton is more of a vodka woman — her drink of choice is apparently a vodka martini, shaken; not stirred. So while keeping to the general profile of what I knew to be a delicious combo, I subbed out the gin for vodka.

Call it the Mazel Tov Cocktail, or, if you like, the American 45. Either way, let’s drink to the end of the longest election season in the history of the planet. L’Chaim!

The Mazel Tov Cocktail (aka American 45)

Combine first four ingredients and chill. Pour into glasses and top with about ¾ of an inch of sparkling rosé.

Liza Schoenfein is a food editor of the Forward. Contact her at schoenfein@forward.com or on Twitter, @LifeDeathDinner