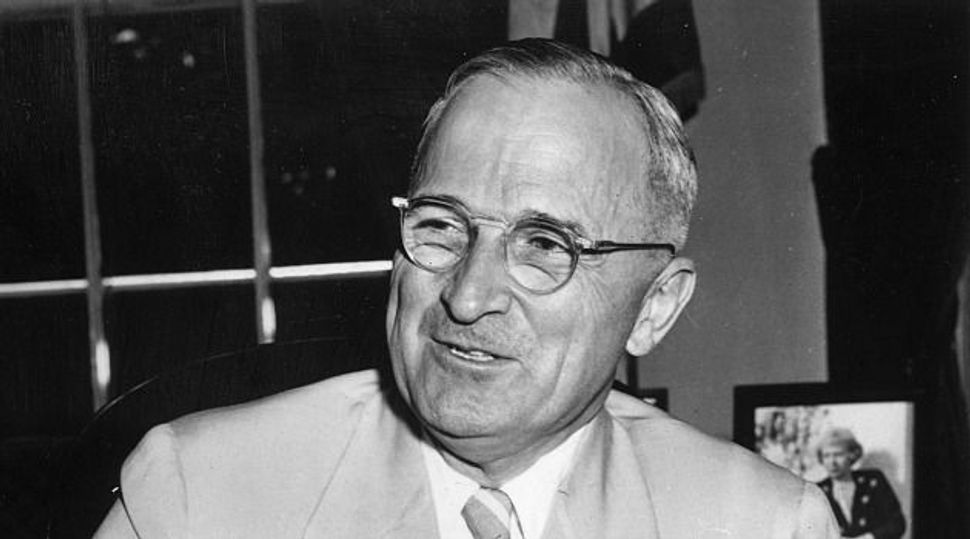 Harry Reassessed: A new book by The New Republic senior editor John Judis says Harry Truman man not have been as pro-Israel as many believed. Image by getty images

The New Republic senior editor John Judis has become the latest author presenting a perspective critical of traditional Zionist narratives to be canceled by a prominent Jewish institution.

Judis was invited on February 11 to speak in June at the Museum of Jewish Heritage about his new book on President Harry Truman’s Middle East policies and the establishment of Israel. But seven days later, Gabriel Sanders, the museum’s director of public programs, called to tell him the invitation had been canceled.

According to Judis, Sanders, who declined to comment when contacted by the Forward, told the author that his book was too controversial.

“His superiors got cold feet,” said Judis, summarizing his conversation with Sanders.

Judis’s book, “Genesis: Truman, American Jews, and the Origins of the Arab/Israeli Conflict,” came out February 2. In it, Judis pores through U.S. archives and documents to deconstruct the role of the United States in the conflict between Arabs and Jews in Palestine in the years prior to Israel’s establishment, and since. The author concludes that the U.S. role made a peaceful resolution of the conflict more difficult.

The book looks in particular at the role played by President Harry Truman, who has been seen as a crucial midwife in Israel’s founding due to his decision to grant American recognition of the Jewish state immediately upon its founding. The book concludes that Truman was, in fact, deeply skeptical of the Zionist enterprise, fearing it would produce years of conflict — but felt pressured to back the new state by a politically active Jewish lobby. According to Judis, what Truman actually wanted was a federated Palestine, incorporating Jews and Palestinian Arabs. The book was the product of eight years of research, he said.

Judis, who will give a talk at the Truman Library in Kansas City, Mo. about his book on February 25, said that the Museum of Jewish Heritage’s decision to rescind his invitation came as a surprise.

“I was always told that I would get some push-back, but I wrote a history partly because I thought I could do an end-run around the usual kind of controversy,” he said. “When you’re writing a history based on the archives, there’s a certain integrity to that.” Normally, he said, debates about history books revolve around the veracity of the research and steer clear of personal or unsupported attacks.

Judis’ research has received several scathing reviews, including one in the Wall Street Journal that charges the author of “equat[ing] Europe’s mightiest powers with its greatest victims, the Jews.” In the Jerusalem Post, a reviewer wrote that the book must be understood as part of a corpus of publications that question the “legitimacy of Israel.”

But a range of distinguished historians have praised the new book, among them Sean Wilentz of Princeton University, Ronald Steel, the author of a definitive biography of Walter Lipmann and journalist and author James Mann. 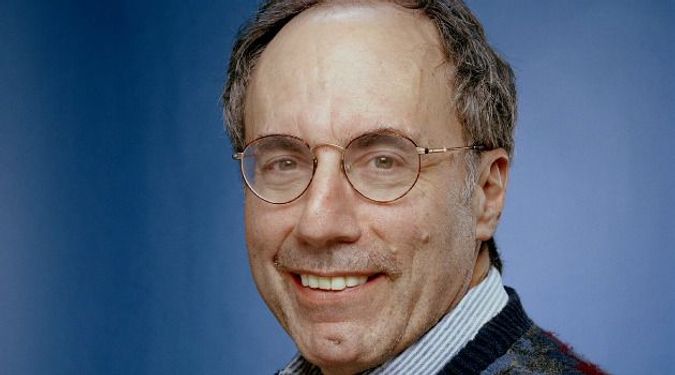 Image by the new republic

Betsy Aldredge, a spokesperson for the Museum of Jewish Heritage, told anti-Zionist Jewish blog Mondoweiss that the museum scratched the event because it was “concerned that the controversy would overshadow the content.”

The museum’s communications office did not return two calls from the Forward seeking comment.

The controversy follows decisions by several other Jewish organizations to disallow speakers critical of Israel from speaking within their walls. But the museum’s decision to cancel Judis appears to take things one step futher. Judis’s book, while seen by several reviewers as unsympathetic to the Zionist enterprise, does not attack Israel per se; nor has Judis himself been notable as a public critic of Israel. His work has concentrated on recent and contemporary American history and politics.

That distinguishes Judis sharply from other speakers who have faced cancelations or bans, such as Norman Finkelstein, Noam Chomsky, or even Jeremy Ben-Ami, the founder of the moderate dovish Israel lobby J Street.

In January, the progressive Zionist author David Harris-Gershon was also barred from addressing an event at Santa Barbara’s Hillel about his recently published book, which relates his effort to reconcile with the family of a terrorist who nearly killed his wife. Hillel officials cited one of Harris-Gershon’s past blog posts expressing sympathy for the tactics of boycott and divestment against Israel as a way to push its government towards reaching a two-state solution with Palestinians in the occupied West Bank.

Following that decision, the Washington D.C. JCC also rescinded an invitation to Harris-Gershon to speak.

Yet unlike Harris-Gershon, who believes the bans he experienced represent a shrinking of debate within the Jewish community, Judis says that the museum’s decision is an exception, not a norm.

“We’re at a turning point and actually the discussion is opening up, it’s not closing down,” he said. Judis observed that criticism of the Israel lobby in recent years has become mainstream in the media – something that may have roused accusations of anti-Semitism in the past. “I don’t think we’re at a point that anyone who opens their mouth is immediately accused of anti-Semitism,” he said.

“No one in the community who speaks lacks a forum today,” said Berenbaum, who is currently a professor of Jewish studies at American Jewish University. “[Current] discourse by its very nature is open. In a very real sense, you can’t control it.”