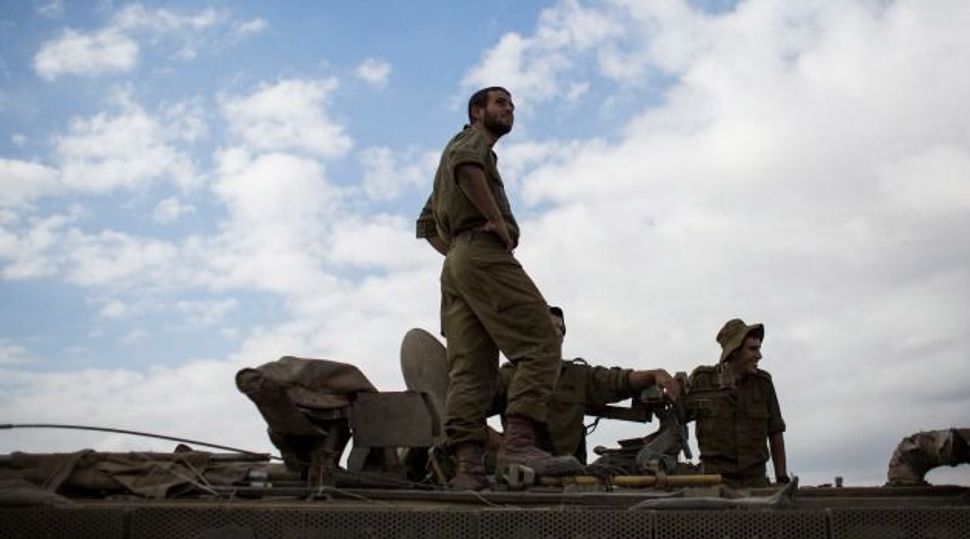 Despite fears of significant injuries and deaths among their soldiers, the Israeli public is strongly supportive of Israel’s ground operation in Gaza, and leaders across most of the political pectrum lined up behind the push.

Ron Ben-Yishai, the veteran military correspondent, captured the mood of the much of the nation, calling the ground attack a “war of necessity” in his column on the popular Ynet news-site. This assessment, he added, will not be undermined if there is a high human cost.

It is currently unclear how long the ground operation will last for, but most estimates range from one to two weeks. Around 12 hours after sending in troops, Prime Minister Benjamin Netanyahu announced that the cabinet has approved “a significant expansion of the ground operation.”

By the time of Netanyahu’s comments today, the first Israeli soldier had died in the operation – 20-year-old Eitan Barak from Herzliya.

But Netanyahu insisted that the ground activity will save lives, as its focus is targeting underground terror tunnels which can’t be destroyed by air, and these endanger many Israelis.

“We decided to launch the action after we tried all the other ways, and with an understanding that without this operation the price we will have to pay later would be much higher,” he said.

There was broad backing for the launch of the ground operation in the political sphere, including the main center-left party, Labor, which heads the opposition. Its leader Isaac Herzog had no words of criticism, and on his Facebook page posted a patriotic picture and the message to troops: “Look after yourselves; we are all with you.”

The only real objections from elected politicians, apart from the Arab parties, have come from the left-wing Meretz. Its leader Zehava Gal-On said that Prime Minister Benjamin Netanyahu had launched the invasion under pressure from politicians to his right, and said it would cost “the blood of IDF soldiers and innocent Palestinians.” Some civil society groups, among them the activist Gush Shalom, are holding what is expected to be a small demonstration in Tel Aviv tomorrow entitled: “Stop the killing and destruction! Cease the fire, lift the siege, move towards peace!”

On Sunday, support for a ground operation among the Jewish public stood at 67%, according to a poll conducted for Channel 10. But since then, support has grown much higher, Camil Fuchs, the pollster who conducted the survey, told the Forward this morning.

Fuchs, who regularly polls for Haaretz and other media, said that in the public’s eyes Israel’s approval on Tuesday of a ceasefire which Hamas rejected has increased the legitimacy of ground attacks. “People say it’s their [Hamas’] fault – we tried and they threw rockets,” he said.

The drama close to the border yesterday has also increased the desire for a ground attack, Fuchs believes. Some 13 terrorists emerged from one of their underground tunnels on the Israeli side of the border. Israeli forces bombed them from overhead, but Israeli President Shimon Peres later announced that the security establishment believed they would have carried out a large-scale attack on a nearby kibbutz if not stopped.

The stated aim of the ground operation is a “ground action to strike at the terrorist tunnels from the Gaza Strip into Israeli territory,” and Fuchs said that yesterday’s incident will have significantly increased desire to see this achieved. As well as fearing killing sprees in Israel, especially after the abduction-murder last month of three Israeli boys, people are concerned about possible abductions. “The fear is that there are going to be more Gilad Shalits.”

Added to these factors cementing support for the expansion of the 11-day Operation Protective Edge, Fuchs said that “people always rally around the troops.”

Rafi Smith, another prominent pollster, thinks that the public’s expectations of the military are higher in this operation than in the last one, which took place in November 2012. This is partly due to the increased range of rockets, which has seen them land even in the north of Israel, but it is also because emphasis is shifting from the rockets that Hamas launches to the tunnels that it builds.

Making reference to the missile defence system that intercepts rockets, Smith said: “The Iron Dome gives good protection from the rockets, but people feel that a solution to the tunnels is needed.”