How This Jewish Cemetery In Israel Fixed Its Vandalism Problem 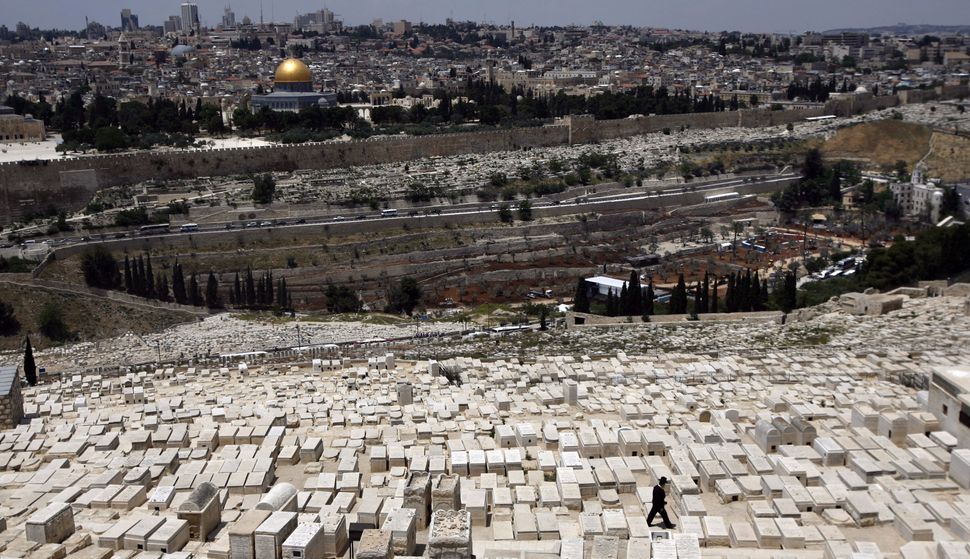 Mount of Olives in Jerusalem Image by Getty Images

While a second Jewish cemetery has been desecrated in America in as many weeks, in Israel, a historic Jewish cemetery is free of vandalism for the first time in decades.

The Mount of Olives cemetery is a sprawling 3,000-year-old Jewish burial ground in East Jerusalem with 150,000 graves. The cemetery is one of the oldest continuously operating ones in the world, and is the final resting place of dozens of famous Jews, including Rabbi Tzvi Yehuda Kook, a leader of religious Zionism, and Israeli Prime Minister Menachem Begin. It’s believed that the prophets Haggai, Zechariah and Malachi are entombed there.

Over the years, Mount of Olives has weathered many attacks. On several occasions, Palestinian minors have been arrested for the destruction. But there hasn’t been a broken headstone since October 2015. Ramped-up security measures at the cemetery, such as a police station on site, a fence and 173 continuously monitored cameras, have kept the vandals at bay. 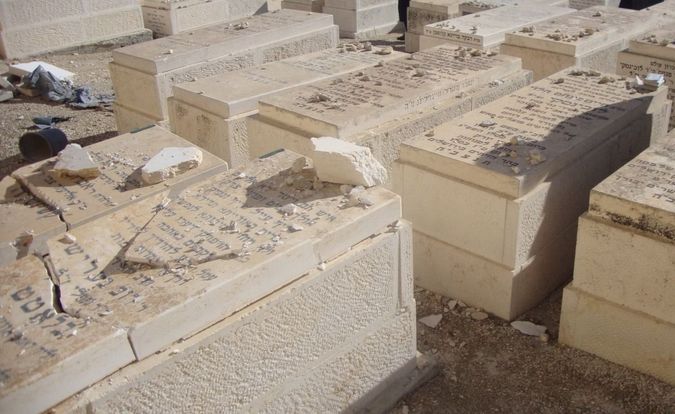 Broken graves at Mount of Olives in Jerusalem. Image by International Committee for the Preservation of Har Hazeitm

The upgrades are due to the work of the International Committee for the Preservation of Har Hazeitim [“Mount of Olives” in Hebrew], an organization with branches in North America, Europe, Israel and Australia. The group was founded seven years ago by American Jewish brothers Menachem and Avraham Lubinsky. The brothers were horrified by reports of shattered graves at the cemetery, where both of their parents are buried.

ICPHH lobbies the Israeli government to pay for security at the site, which costs about 2 million shekels per year (around $550,00), on top of the security fence, which cost 4.5 million (about $1.2 million), according to Menachem Lubinsky.

As American Jewish leaders are considering how to keep cemeteries safe in the wake of incidents at Chesed Shel Emeth in St. Louis and Mount Carmel Cemetery in Philadelphia, Josh Wander, head of the Israeli branch of ICPHH, had a tip to share from his experience, stating that media coverage was key to drumming up government support for the cemetery.

“The fact that they already have the publicity means they are halfway to solving the problem,” he said.

Wander believes that there is a direct line from the cemetery desecration in the Mount of Olives to the vandalism at American Jewish cemeteries. He said that violent and anti-Semitic “trends” begin in Israel and “work their way to the rest of the world.”

But Aviv Tatarsky, a researcher at Ir Amim, a group advocating for a shared Jerusalem between Israelis and Palestinians, said that the political context in Israel is key to understanding the attacks against Mount of Olives. The cemetery is located in East Jerusalem, where Palestinians hope to build a capital city for a future state. This makes it a target for nationalist violence against the Israeli occupation.

“Without giving any justification for grave desecration or the throwing of stones, it is a very different context for what is happening in America,” he said.

Mount of Olives has long been caught up in the political forces that have shaped the Holy Land. The cemetery weathered large-scale destruction when Jordan controlled East Jerusalem from 1948 to 1967. Tens of thousands of graves were destroyed, and some were repurposed to construct buildings or latrines, according to news reports from the time. To date, about half those graves have been restored.

Israel gained control of the cemetery when it captured East Jerusalem in 1967, later effectively annexing that half of the city. Starting in the 1990s, the cemetery became a target for vandals. These attacks intensified during periods of unrest in Jerusalem, like the second intifada and after the 2014 Gaza war, when more than 40 graves were destroyed in the cemetery during Rosh Hashanah.

According to Wander, the attacks made the Ger Hasidim, an ultra-Orthodox sect, reluctant to visit the cemetery, but now they’re back, with 5,000 visitors one day this week.

“People are feeling a lot more comfortable coming here than they were two years ago,” he said.

Mount of Olives isn’t the only cemetery in the Holy Land with a history of destruction. On the other side of the political divide, Israeli forces have harmed Palestinian cemeteries. Villages from which Palestinians were forced or fled in 1948 usually had cemeteries in them. Umar al Ghurabi of Zochrot, an Israeli group that raises awareness of the Palestinian Nakba in 1948, estimates that at least 500 Palestinian cemeteries exist in Israel in various states of disrepair. 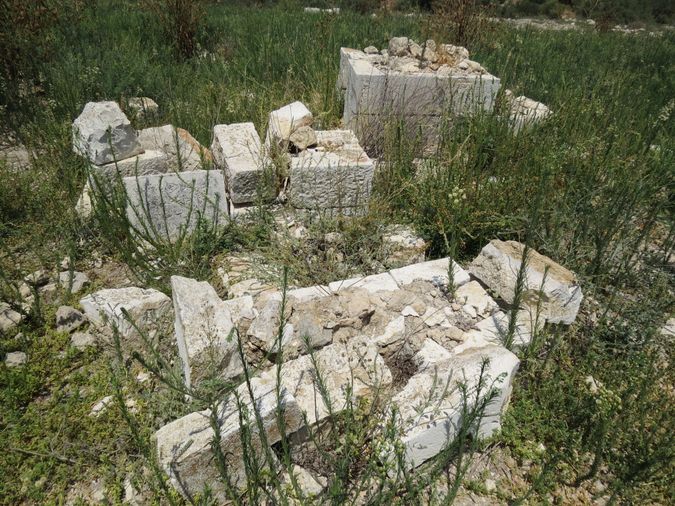 Desecrated graves from the cemetery of the Palestinian Jimzu village in central Israel. Image by Umar al Ghubari

The most famous of these cases is the Mamilla cemetery near downtown West Jerusalem, an ancient Muslim gravesite that is now the site of the Center for Human Dignity, a project of the Simon Wiesenthal Center. Palestinian descendants of those buried at the cemetery protested the construction of the center as an abuse of their heritage. The Supreme Court halted the project for two years but then greenlighted it in 2008, noting that the section of the cemetery in question had previously been turned into a parking lot.

In recent years, Palestinian groups in northern Israel have raised money to save some of these Nakba-era cemeteries. Al Ghubari said descendants of Palestinian villagers who have Israeli citizenship tend to between 10 and 15 cemeteries on the sites of the original destroyed villages.

Unlike the Mount of Olives project, these groups do not receive government funding. “In general it is not a government issue,” al Ghubari said. “It is a struggle against the policy of the government.”

Like Wander, al Ghubari said that media coverage is key to bringing attention to cemetery desecration. He sees the Jewish cemetery vandalism in America as a chance to raise the issue of Palestinian cemeteries with the Israeli public.

“Every time some Jewish cemetery is damaged in some place in Europe or the States, it jumps to primetime news in Israel,” he said. “I am offering [Israelis the chance] to look very close to their houses and see the many Palestinian-destroyed tombs and cemeteries.”

How This Jewish Cemetery In Israel Fixed Its Vandalism Problem