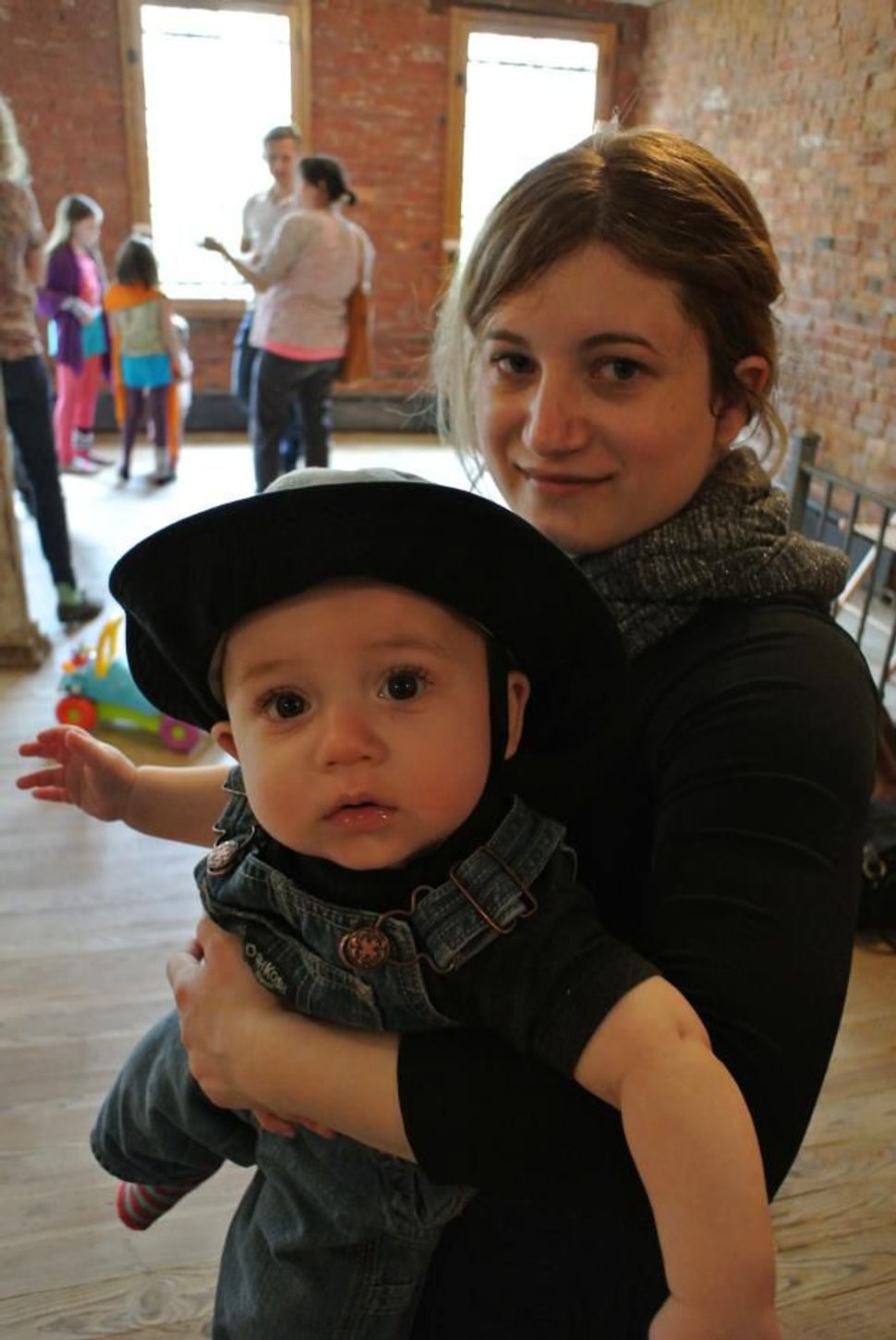 Gabi Birkner, with her son Image by jeremy siefer

It was the little idea that could: Create a virtual space where Jewish women from across denominational, ideological and generational spectra, women living in the United States, Israel and beyond, could come together to discuss the issues and ideas impacting their lives.

In April 2009, The Sisterhood was born. Debra Nussbaum Cohen was the first contributor, and scores of other writers followed. It is thanks to their thoughtful, provocative, brave and funny posts that The Sisterhood has become an integral part of the Forward’s website, the women’s blogosphere and the “shtetlsphere.”

Our writers have argued passionately for and against traditional hair coverings, for and [against][6] gender neutrality in Jewish liturgy, for and against using political pressure to free agunot from unwanted marriages.

The Sisterhood has discussed the implications of being Jewish and childless by choice, the challenges of being a Jew of color and the perils of ethnic fetishism. It has taken to task thought-leading magazines for the lack of female bylines on their pages and charted Jon Stewart’s burgeoning feminism.

It compiled a first-of-its kind list of the nation’s 50 most influential women rabbis and brought you that viral video of Paul Rudd emceeing a 1990s bat mitzvah (mine).

The Sisterhood has been home to an ongoing series exploring Jewish feminism and an original online exhibit, featuring artist Jacqueline Nicholls’ “Kittel Collection.” It has partnered with the Jewish Women’s Archive and podcasted with Lilith.

Well, after more than three years at the helm of The Sisterhood, I have accepted another position and will be leaving the Forward. But rest assured, The Sisterhood isn’t going anywhere. Until the Forward names a permanent replacement, Elissa Strauss, a longtime blog contributor and a tremendous talent, will be overseeing The Sisterhood. She can be reached at [email protected]

I am enormously proud of the role that the Sisterhood has played — and will continue to play — in shaping the communal conversation about Judaism and gender. I will be forever grateful to Forward editor Jane Eisner for her support, and to all of the Sisterhood contributors for their smart and ever-inspiring work.