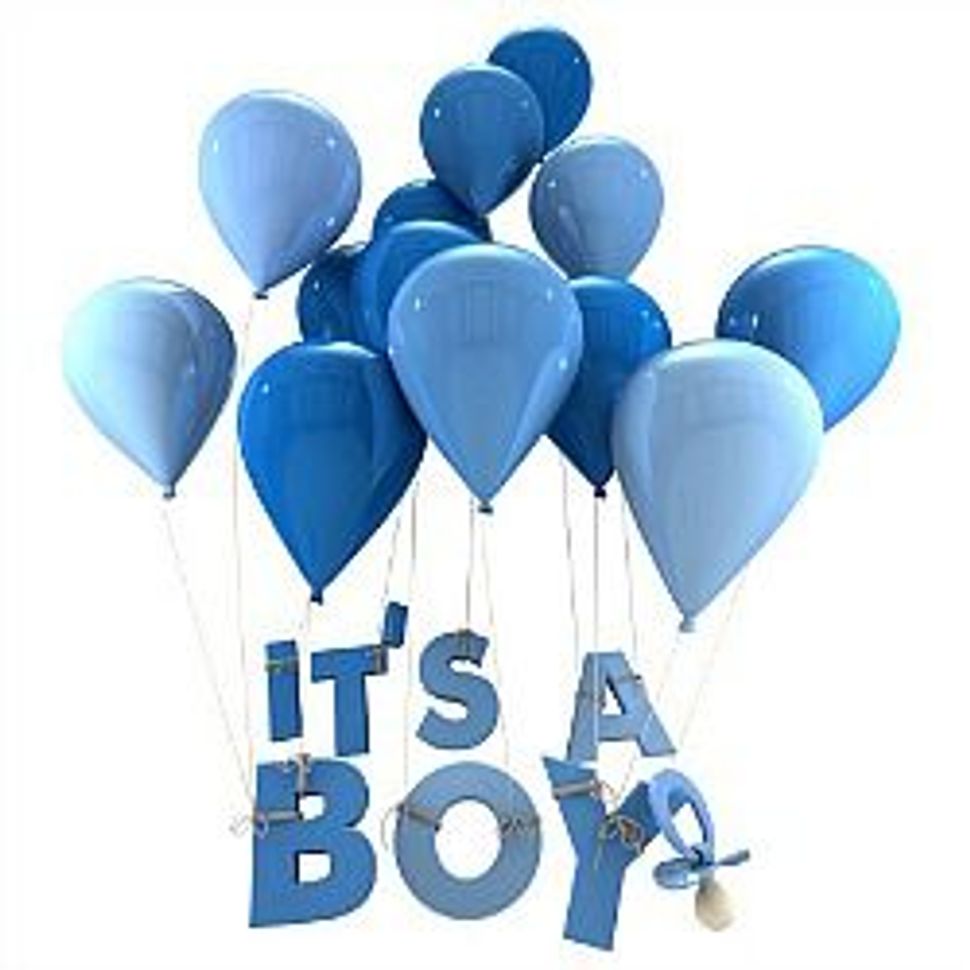 If you were Jewish and about to have a baby, would you host a ?gender reveal party?? Image by Thinkstock

The first thing I thought when I learned that gender reveal parties exist was, “Oh, Jews do NOT do that.” My reaction was based on the fact that every pregnant Jewish woman I have ever known has delayed announcing her pregnancy until she’s past her first trimester (at the very least). In the Jewish community, there is already so much secrecy around pregnancy. Anyone could be knocked up, and you wouldn’t know it until enough time has passed for things to be considered “safe.” In the Jewish community, there is no baby shower. You don’t buy things for the baby before it’s born, and you definitely don’t gather together with friends to disclose the sex. (The second thing I thought, by the way, was that gender reveal parties should be called sex reveal parties, and that whoever came up with the idea needs a crash course in the difference between the two.)

“My non-Jewish friends post more belly pictures, more ultrasounds,” wrote Jessica. “Most often with my Jewish friends, you don’t get belly pics until maybe 6 months pregnant, and then much, much fewer… I am beginning to think that one of the biggest differences between Jews and non-Jews anymore has to do with attitudes toward pregnancy.”

Another friend, Lauren, who has two daughters, agreed: “Jews don’t traditionally celebrate pre-birth.” It is superstition as well as common sense. We chose not to even find out the gender nor did we officially name our girls until they were born.”

Eventually I was referred to Jewish friends who had actually held their own gender sex reveal parties. Stephanie Shelan Katz and her husband, who live in Berkeley, Calif., and are both Modern Orthodox, never intended to keep their baby’s sex a secret.

“We wanted to know what we were having from day one,” Stephanie said. “It’s nice to be able to prepare ahead of time and, let’s be honest, waiting 20 weeks to find out was long enough! We were so excited to find out and we knew that we wanted to share that excitement with family and friends. Neither of us are superstitious and we both believe that, no matter what the future holds, we will never regret celebrating our little one.”

Katz’s reveal party celebrated her baby unselfconsciously, featuring games such as “Name Baby Katz” and “Place Your Bets.” Her father facilitated the reveal, dividing the guests into two groups and asking them why they predicted the sex of their choice. There was cake, as well as Hershey bars with “she” written in pink for all the party guests (even those who guessed incorrectly). The party was large, and was attended by their community her two boys. It’s worth noting that the rebbetzin commented on the misuse of the word gender, to which Katz replied, “I know that gender’s a social construct and can’t be determined this early. But if I called it a sex-reveal party, I was afraid that the guests might dress inappropriately!”)

It’s clear that some Jews hold gender reveal parties and some don’t. In the United States, an overwhelmingly Christian country and culture-there’s no superstition around birth; in fact, every step of the pregnancy, from day one, is announced, celebrated and prepared for openly. In spite of this, I’m still wondering why the sex of a child is such a big deal that it merits an entire party complete with games, presents and cake to announce it. This foisting of gender (not sex) upon a fetus is a lovely example of an insidious collusion between capitalism and sexism — and of both informing and benefiting one another.

When I look back at photos of myself from the early 1980s (I was born in 1978), I am dressed in stripes, yellows, greens, oranges, t-shirts with cartoons on them — almost everything but pink. This, too, was the experience of a friend from high school, who pointed me to this piece at the Smithsonian Blog on the origin of girls and boys wearing pink and blue, and the strict assignation of these colors to sexes.

I’m not generally a superstitious person, and I attribute my reaction to these sex reveal party was more of a knee jerk response than actually believing they tempt fate. Personally, I wouldn’t have a sex reveal party of my own, not just because I don’t plan on having children, but also because the idea of asserting the sex of a human being before it is cognizant of that very concept quite literally nauseates me. That kid is going to have plenty of time to have expectations placed upon him or her. However, in a hypothetical universe where I have friends who would host one of these parties and invite me to it? I’d go, but be warned — I’d write about it afterwards.