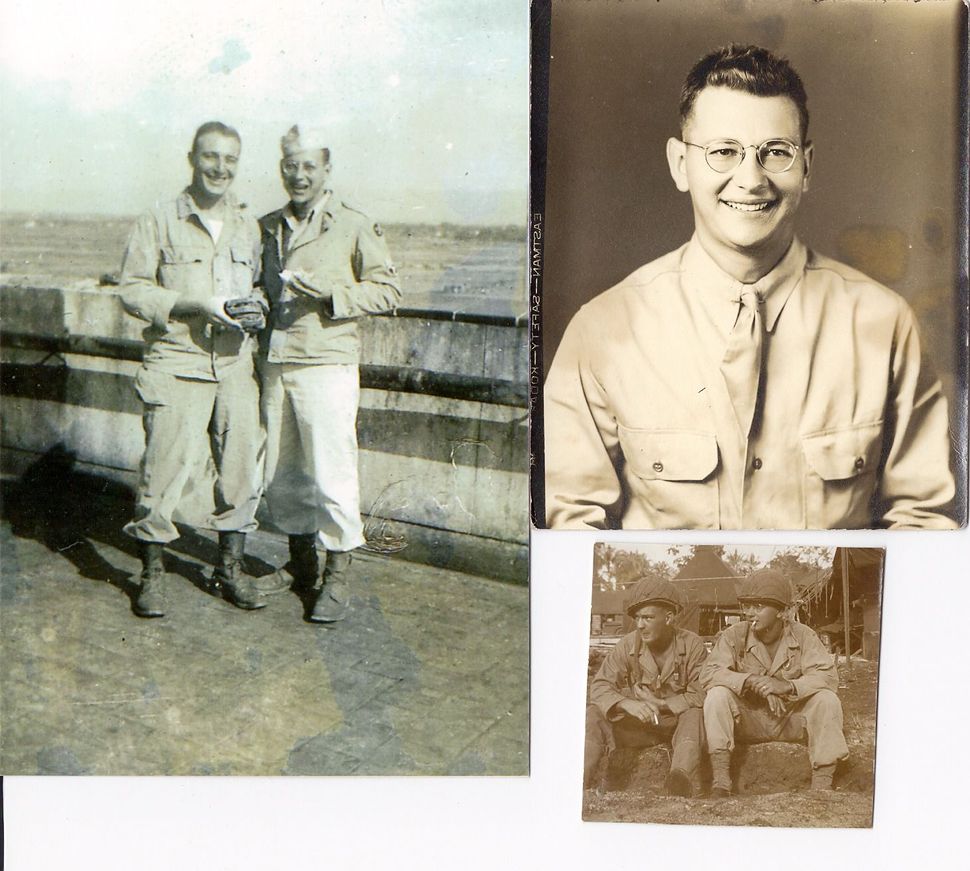 I am sitting in my office, in Bethesda, Maryland, when my millennial son Benjamin calls, from northern California, to talk about Jewish veterans of World War II — specifically about the latest Bernie, Harry, or Murray war story he has just transcribed.

Read: Portraits of Our Fallen

Although the hushed, cubicle farm where I spend my workdays is not conducive to discussing non-work related topics for any longer than three minutes — least of all about the exploits of men who had battled evil and sometimes up-close-and-personal anti-Semitism in a long-ago war — I soon throw caution and low volume to the temperature-controlled office wind, and ask him what he thought, took away, and if possible, learned. 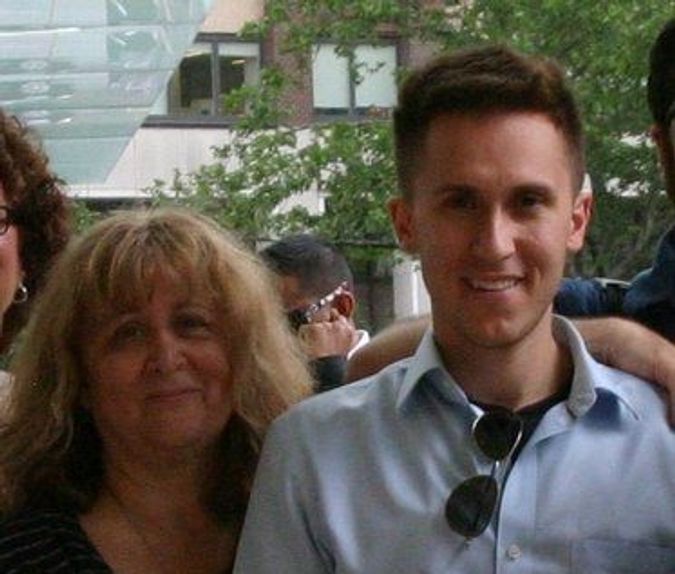 Fortunately, Benjamin is not only generous, but also passionate in expressing his opinions. He speaks animatedly when talking about “members of the tribe” who were once young, felt that they were invincible, and wanted to prove themselves. He is also a musician, performer, writer, and teacher who can use money, which is why he has been willing to perform, for hourly pay, the uber-tedious task of transcribing my interviews with these veterans — in service to a book project that I’ve been working on for the past four years.

“I forget that most of them were teenagers,” Benjamin says now, laughing, about those who declared how tough they were, or how superior they were to others, or how those in combat had more of an “I don’t give a shit” attitude.

At this moment, it also isn’t hard to recall how my son had had some of that same attitude when he was an adolescent, even though, he wasn’t, thank God, engaged in combat. During his high school years, my place in his life was mostly relegated to two positions: in his face or his way. The college years were better, though. He became a writer whose play on campus racism received attention and great reviews, which caused me no end of tikkun olam-leaning Jewish mother pride. I was also grateful that, despite our clash over his itch to ditch campus life to work on his art (i.e., music and writing), he went on to graduate with a degree in English, at the same time that I started interviewing American Jewish vets of WWII.

Several years later, after he had settled in San Jose, California, working as a teacher, performer, writer, and a willing transcriber of vet stories, I felt as if our relationship had settled down, too — even if I knew it would never again be as sweet and uncomplicated as it was when he was in fifth grade, when we had shared after —school tea, talk, and chocolate-chip scones.

Yet, despite our geographical and inter-generational distance, we have, through this vet project, crafted a relationship as fellow adults and writers that has been mutually rewarding.

And he’s kept me current, introducing me to Stickk, an online motivational program, in which we set our creative goals and, if we don’t meet them, have to donate to causes or groups that stick in our craw, or what the Stickk folks call “anti-charities.”

“You don’t want to give money to the Republican party again, do you?” Benjamin often reminds me, helping me adhere to the 10 hour-a-week commitment I have pledged for working on my book.

Most of all, though, Ben’s millennial insights on these WWII vets have also helped illuminate my own thinking about these men, whether they landed in Normandy on D-Day, froze through the Battle of the Bulge, or kept a diary while flying bombing missions over Italy. He has helped me see them not simply as heroes who helped save the world, which I believe they did, but also as full, complex human beings.

“What’s interesting to me is what they talk about and what they don’t,” Benjamin says now.

He could be talking about our relationship, I think. Although I try to respect his personal borders, sometimes I can’t help but wish that he’d share just a few more significant details about his life.

Still, as I sit here in my cubicle and think about the necessity of young people forging their own destinies, in war and in peace, I feel lucky. I am grateful that Benjamin hasn’t had to go to war, although I would support him if he chose to, and that he and I have had fewer conversational skirmishes and a greater number of meaningful discussions: on Hitler, on ethnicity, and on how most of these Jewish WWII veterans were not aware of the Holocaust until after the war. I also think about the more than 20 men I’ve interviewed and their expressed need to know that their stories would continue to matter, even after they are gone. If there’s one thing I’ve gotten from interviewing Jewish vets of WWII, it’s that their stories matter — as do the sometimes semi-transformative effects of stories on relationships.

“Keep working,” Benjamin tells me now, and at this minute, I recall his words at age three, as he carried a little plastic toolkit around the house, saying he had “work to do.”

The memory warms me, as do our conversations about the memories of WWII vets, which reminds me — again — why I’m working to preserve them.