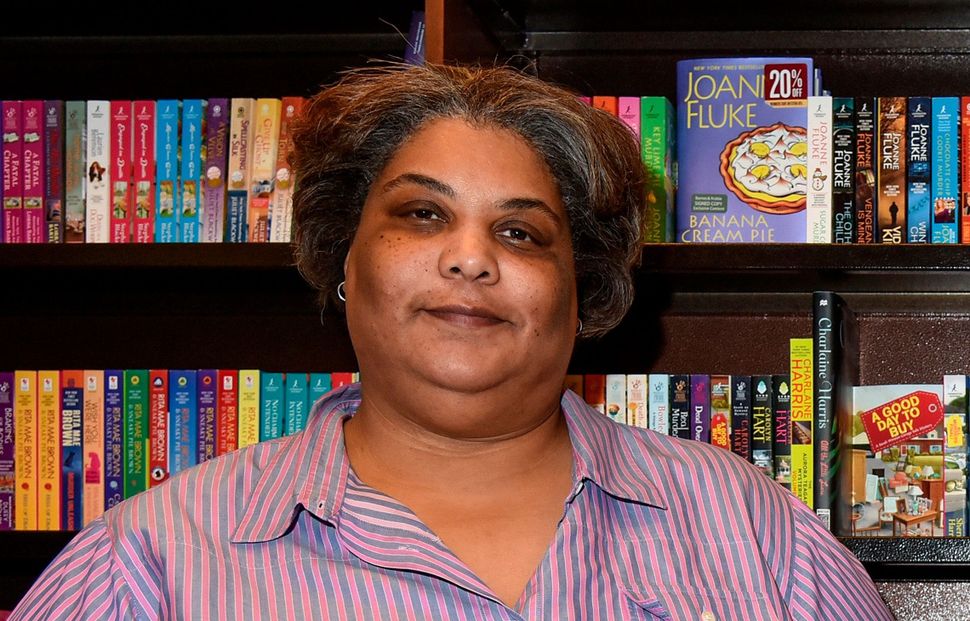 In Roxane Gay’s new book “Hunger: A Memoir of (My) Body,” she explains that she’s “super morbidly obese,” distinguishing herself from the merely fat. But it’s not necessary. You don’t need to be super morbidly obese to get dirty looks on airplanes. To have losers shout mean shit at you on the street. To get dismissed by judgmental salespeople. Or to feel unworthy of respect (including self-respect) and love.

Roxane was set her on her course to obesity when she was 12 years old. The boy she loved lured her into a cabin in the woods where he and his friends gang raped her. She feared telling anyone. Instead, she decided to make herself invulnerable to further sexual attention by getting fat. She didn’t seek justice – she felt shame.

The tragedy here is not just the violent assault, but the shame Roxane felt about it. Convinced that somehow she was to blame, she was too fearful to tell her parents (or any trusted adult) what happened to her. She didn’t understand her body well enough to know that it wasn’t her fault. So she shut down and started eating.

I couldn’t stop thinking about the significance of age when Roxane’s trauma happened – 12. For Jewish girls, that’s the cusp of Bat Mitzvah, when you are put on center stage at the most vulnerable time in your young life. You have braces on your teeth (if you’re lucky, you’re down to the retainer). Your body shape is changing – straight lines are becoming strange curves. Your boobs are nisht ahir, nisht aher. You have recently started or are about to start bleeding like a demon once a month. That’s when you step up on the bimah, to be evaluated not just for how you perform, but for how you look in the pictures.

Think of the care and attention we give to preparing a girl for her Bat Mitzvah: supervising Torah study. Sending out invites. Booking the DJ. Choosing the outfit. I propose we give the same time, attention and focus to not only prepare our girls for symbolic womanhood, but to guide them in tactical understanding of their womanly selves. To instruct them in knowledge of their bodies, free of shame, guilt and judgment. Let’s show them how to value and respect their bodies, so that if God forbid they are ever in Roxane’s position, they will know that they’ve done nothing wrong. They’d know that if they tell someone what happened, they won’t be blamed. Our girls wouldn’t have to punish themselves with food or drugs or self-destructive relationships, because they could count on us to punish the perpetrators instead.

This process would have to start way before 12 (and doesn’t need to be solely the province of Jewish girls). From an early age mothers would have to shed their own guilt and shame about their bodies to provide helpful guidance and support for their daughters. Easier said than done. For Jewish women, shame is written into our origin story. Eve isn’t even a full person – she’s an addendum to Adam, his plus one at a VIP party in the Garden of Eden. The second she eats, she goes from bliss to shame – a pattern all too familiar to us.

So how do we end shame? How do we become role models of self-love (or at least self-respect) for our daughters? Well, you don’t “uch” when you look in the mirror. You don’t shake your head as you pinch an inch (or two, or four). You resist the urge to comment on your daughter’s shape, size, weight or personal style. She will get plenty of messaging from the rest of the world that’s she’s too fat/ugly/skinny/slutty/worthless. All she needs from you is approval and love. Offering that to her is your mitzvah. (And if you are raising a Bar Mitzvah instead of a Bat, you can teach your son the value of women’s bodies, and how he must always treat us with kindness and respect.) As the great philosopher Madonna once said, “Express yourself…respect yourself.”

Self-respect is a challenge, especially in a culture where women don’t get their day in court (I’m looking at you, Cosby), and the President has demonstrated clear disdain for women’s bodies. It’s even harder in Jewish-American culture. Judaism is a fat religion. Every holiday is celebrated with food or torpedoed by the lack of it (I’m looking at you, Yom Kippur). Yet we are supposed to be Gwyneth-thin. There’s too much pressure on the modern Jewish woman, who is expected to be a balabuste in the kitchen, a leader in the boardroom, and a vixen in the bedroom. When we inevitably fail, because we are human, we rip into ourselves. We overeat, overdrink and self-criticize. As our daughters watch.

By the end of “Hunger” Roxane has found some satiety; her family knows the truth, and she’s permitted herself to feel worthy of love. It’s what we all deserve.

But we’ll only get it if we worry less about what feed our daughter’s bodies, and more about what we feed their minds.

Wendy Shanker is the author of “The Fat Girl’s Guide to Life” and the co-author of “The Total Me-Tox: Ditch Your Diet, Move Your Body and Love Your Life.”