My dad lives in a senior facility with coronavirus cases. If he can’t get tested, who can? 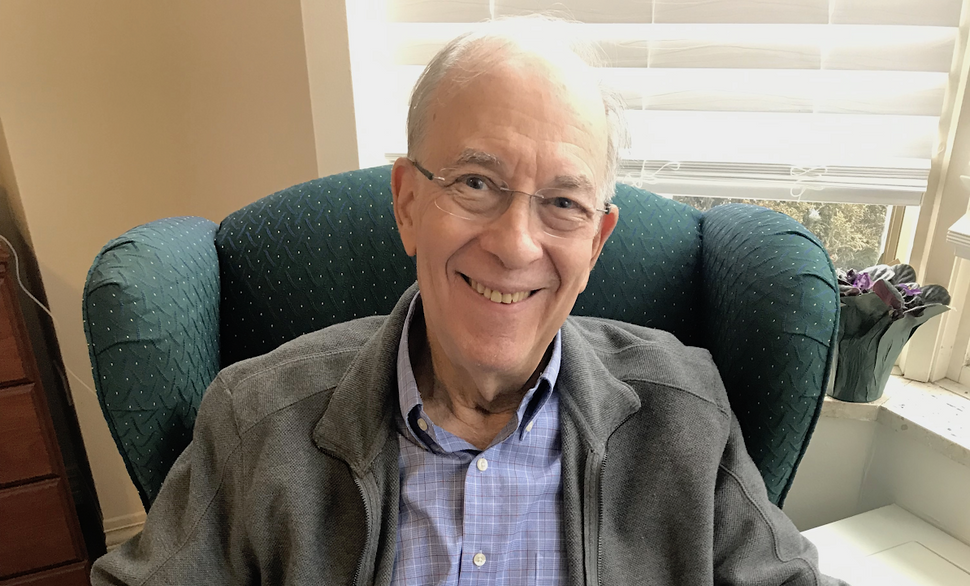 My 85-year-old father and residents at his suburban Chicago senior community should form an NBA team.

Lottie could play power forward because when she gets that wheelchair rolling, not even LeBron can stop her. Myron, with those long, bony arms, should be the man in the middle. My dad can play point guard, because he’s good at sharing and doesn’t dribble too much.

Sure, they might seem at a massive disadvantage compared to professional athletes. But everyone having to to stay six feet apart on the floor will be a great leveler.

Three COVID-19 cases have been confirmed in their community so far: two in a health-care unit and one in the independent-living wing where my dad lives. Yet none of the almost 200 other residents are being tested because, as an Illinois Department of Public Health official said,in a letter to the community, there are “limited resources,” so “haphazard testing” of asymptomatic people is not recommended.

In the meantime, NBA superstar Kevin Durant of the Brooklyn Nets has tested positive despite being asymptomatic, as have several other NBA players. In fact, Durant’s entire team was tested, though only one player showed symptoms of the virus.

That’s why forming an NBA team may be the best gambit for my dad and his fellow seniors. What should they call it?

The Kveltics? The 86ers? The Pacemakers? (Turn Up) The Heat?

I don’t blame Durant and the NBA for wanting to know who’s carrying the virus. Wouldn’t you? But this is the danger of shortages: People vying for resources can turn against each other rather than focusing on those responsible for the scarcity.

A similar mindset would kick in when layoffs were looming at the Chicago Tribune, where I worked for a long time. Too often people got sucked into discussions of whether this person might be kept over that person, when the larger truth was that the greedy owners should have been keeping money in the newsroom and not sacking anyone.

Righteous anger cannot alter harsh reality. Our relatively rich country was woefully unprepared for this pandemic even though experts gave warnings months ago, so now there’s a huge gulf between the everyone-can-get-tested rhetoric coming out of Washington and the actual availability of tests.

The other day a doctor told my symptomatic 40-something friend to get a coronavirus test at a major Chicago hospital. When my friend arrived, he was asked whether he had traveled to any countries with a COVID-19 outbreak or had been in contact with anyone known to have the virus.

“No,” he responded between coughs, noting that he had been commuting by train every day.

He got turned away, no test, and returned to his bedroom quarantine amid his family of four. He may have to work on his jump shot.

Someone who works in my dad’s senior community posted online last week about its need for volunteer nurses, nursing assistants and “Personal Protective Equipment.” Also, this person wrote, “If you are able to make Sanitizer using rubbing alcohol (90% or higher) mixed with aloe gel and put it in containers and drop it off—that would be wonderful!!! We need this in healthcare!”

Here’s the thing: This is a facility with a spacious campus, multiple levels of care and a relatively well-off population. If workers there are asking for homemade sanitizer and volunteer nurses, in what kind of shape are the country’s many less-affluent, more crowded senior homes? How can we make it through a potential triage if we’re already scrambling?

I’ve spoken with knowledgeable doctors about my father’s situation, and they recommend that he continue doing what he’s doing: Stay in his apartment (aside from walks around the block), avoid contact with other people and wash his hands a lot.

The facility’s dining rooms are now closed, so lunch and dinner are dropped off on his hallway for him to take to his room. A retired doctor himself, he’s taking this all in stride and says he enjoys the time to “catch up on the newspapers.” I’m grateful my dad is not a grouch.

Would he be doing anything else were he able to get tested, no matter the result? Probably not. If a limited number of tests is available, shouldn’t they be reserved for people actually displaying symptoms? A logical case can be made.

But if COVID-19 breaks out amid a population most vulnerable to this virus, wouldn’t it be useful to know how many residents and workers there have it? Seems like a no-brainer to me, but then again I’m just someone worried about family members amid a colossally botched response to a terrifying pandemic.

Idris Elba, a British actor, recently tested positive for COVID-19 after being in contact with someone with the virus. He said he got the test because he didn’t want to infect people on the set of his upcoming film, and his asthma put him in a high-risk category. That’s reasonable, though he was fortunate to have that option.

A headline referred to him as “‘Cats’ actor Idris Elba,” which added insult to illness, though he’ll always be Stringer Bell to me. (If you don’t get that reference, you must commence watching “The Wire” right now. Come on, you have time.)

This gave me an idea: My dad and his neighbors could film their own version of “Cats!” After all, wearing kitty ears and singing about being Jellicle would be easier than learning to master an NBA pick-and-roll.

Sure, they might look and sound ridiculous, but at this point the bar is low.

My dad lives in a senior facility with coronavirus cases. If he can’t get tested, who can?