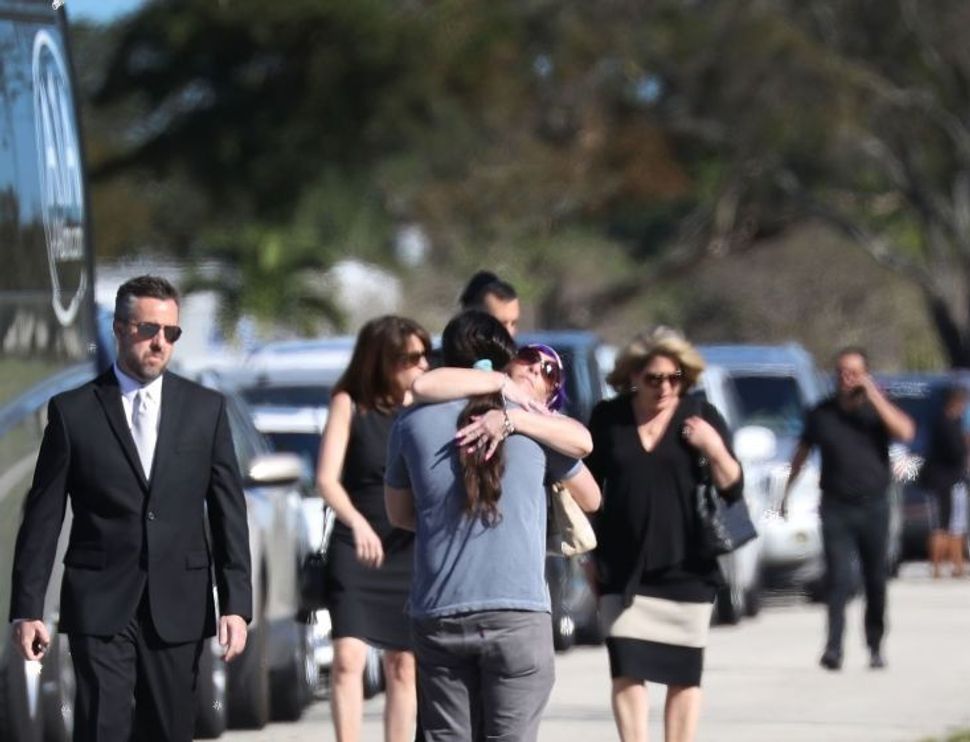 Students at Marjory Stoneman Douglas High School, in Parkland, Florida, were expecting a slightly unusual day Wednesday. It was Valentine’s Day, so in addition to bringing calculators and textbooks, some students brought balloons and candy.

But the day ended up breaking everyone’s heart — in the school and across the nation — after a gunman attacked the school, killing 17 people and injuring at least a dozen more.

The shooting is the deadliest ever to take place at an American high school, surpassing the carnage of the infamous 1999 Columbine massacre. And its location — Broward County — meant that the tragedy struck at the heart of one of America’s largest Jewish communities. 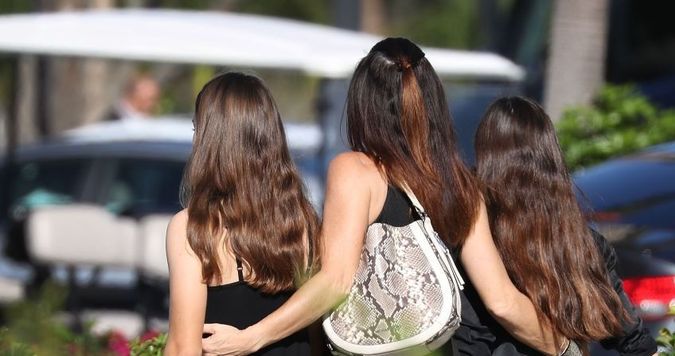 Of the 17 people who lost their lives, five so far have been identified as Jewish. The Chabad movement, of which Biston is a part, said the school is 40% Jewish.

Florida is home to nearly 1 million Jews, making it the state with the third biggest Jewish population after New York and California. According to Brandeis University’s American Jewish Population Project, Broward County, which includes Fort Lauderdale and Pembroke Pines as well as Parkland, is home to around 170,000 Jews — nearly 10% of the county’s population. There are 10 Jewish day schools across the denominational spectrum; kosher restaurants pepper the area, and two of the county’s four members of Congress are Jewish.

Alyssa Alhadeff, 15, was described by Biston as “one of those children who always had a smile on her face, just full of love.” She was looking forward to returning next summer to Camp Coleman, a camp in Georgia affiliated with the Reform movement.

Alex Schachter, 14, played trombone in the school marching band and enjoyed basketball with friends. Alex “just wanted to do well and make his parents happy,” his father told The New York Times.

Meadow Pollack, 18, planned to attend Lynn University in the fall. On Monday she shared a Facebook photo of her and her grandmother, with the caption “Nothing makes me happier than my grandma and her smile.”

Jaime Guttenberg was another student at the school. Her father, Fred Guttenberg, confirmed her death on Facebook: “I am broken as I write this trying to figure out how my family gets through this.”

And Scott Biegel, a 33-year-old social studies teacher, died after he was shot trying to lock the door of his classroom, shielding his students behind him. Student Kelsey Friend told a local TV station that if it hadn’t been for Biegel, “I probably wouldn’t be with my mom… or see my sister again.”

Many other Jewish students were trapped inside, with some, like freshman Aidan Minoff, forced to keep their families and the world informed of their safety through texts and social media messages.

Congregation Kol Tikvah, a Reform synagogue in Parkland, hosted a “Service of Healing,” organized with other synagogues and the local Jewish federation. “We just pulled together as a community, the surrounding congregations, to be there for our kids and families, getting the kids to have an opportunity to speak to their experience and begin the healing process in the community,” Kol Tikvah’s president, Geri Pomerantz, told JTA. With schools closed Thursday, the synagogue opened its doors for families to meet with mental health professionals from the community, and plans to have a “healing and unity” Shabbat service.

Hillel of Broward and Palm Beach, which serves a college student body that hails largely from the state, also offered students a social worker and a healing service.

Chabad of Parkland has also enlisted therapists to provide counseling for community members, especially students. Students who survived the shooting came to Chabad to recite Birkat HaGomel, the Blessing of Thanksgiving.

Rep. Debbie Wasserman Schultz, the former Democratic National Committee chair and a Broward County resident for nearly 30 years, said in a statement that she has friends whose children attended Douglas. “It is gut-wrenching that another senseless school shooting has occurred, this time in our community,” she said.

County Sheriff Scott Israel is leading the police response to the shooting. But Israel is also working to ensure that victims’ bodies are released to their families quickly so that they can be buried as soon as possible, in accordance with Jewish tradition.

And Rep. Ted Deutch, whose congressional district includes Parkland, described the community in an interview with MSNBC as “an idyllic community…. If you had to describe a perfect place to live and raise a family, this would be it.”

But that sense of paradise may have been shattered, perhaps permanently. “I always felt safe here, but after this, I’m not sure I can live here anymore,” Parkland resident Michele Roseman, whose daughter Hannah attended Douglas and knew eight of the victims, told Reuters. “I just told my son today I’m looking to sell my house.”

Survivors are still working to come to grips with what happened.

“Obviously, these teens are still in shock,” Chabad of Parkland’s youth director, Rabbi Mendy Gutnick, told Chabad. “There is one girl we know who was standing between two friends who were shot dead. How can she not be scarred by something like that?”

Tali Cohn, a camp friend of Alhadeff, told the Forward that the Valentine’s Day massacre had not “really fully processed in my mind.”

“Sooner or later we’re all going to have a personal connection to someone who’s killed by gun violence,” added her mother, Rabbi Lauren Cohn. “It just doesn’t stop. I never thought that I personally would be connected, but here we are.”

The Congressional Research Service found in 2015 that mass shootings are becoming more common. A 2014 Harvard study stated that this was also specifically true of school shootings. But a researcher for the Minnesota Department of Corrections argued last year in Politico that shootings are not more frequent, though they are deadlier than they used to be.

The alleged gunman, a former Douglas student named Nikolas Cruz, was a participant in a white supremacist group, the Anti-Defamation League revealed. A spokesman for the Republic of Florida, which advocates for a “white ethnostate,” told ADL that Cruz had participated in the group’s training exercises. The group reportedly does not have a history of violence, but ADL said that members appear to have attended last year’s deadly white supremacist march in Charlottesville, Virginia, where one counter-protester and two police officers lost their lives.

The ADL called for new legislation to regulate gun sales, as did other Jewish groups on the left, like Jewish Women International and the Reform Movement. The Orthodox Union also urged lawmakers to support additional funding for school security.

Cruz’s motive is still unclear, so whether his ideology played a role in his shootings is unknown. Republic of Florida spokesman Jordan Jereb told ADL that the group had not asked or ordered Cruz to commit such an act. Cruz, who has received mental health treatment, posted violent passages and images on social media. Before he was expelled, he reportedly was not allowed to bring a backpack to school, for security reasons.

Deutch, Wasserman Schultz and Israel all stressed the need for new legislation to address gun safety. It is “unacceptable that we allow parents to fear for the worst while they wait to hear back from their kids, and unacceptable that we allow survivors of school shootings to live with a trauma that can never be explained away,” Wasserman Schultz said.

Alhadeff’s funeral is scheduled for 10:00 a.m. Friday morning at Star of David Memorial Gardens Cemetery and Funeral Chapel, in North Lauderdale. Schachter’s will be at 9:00 a.m. at the same location, followed by Pollack’s funeral at 3:15 p.m.