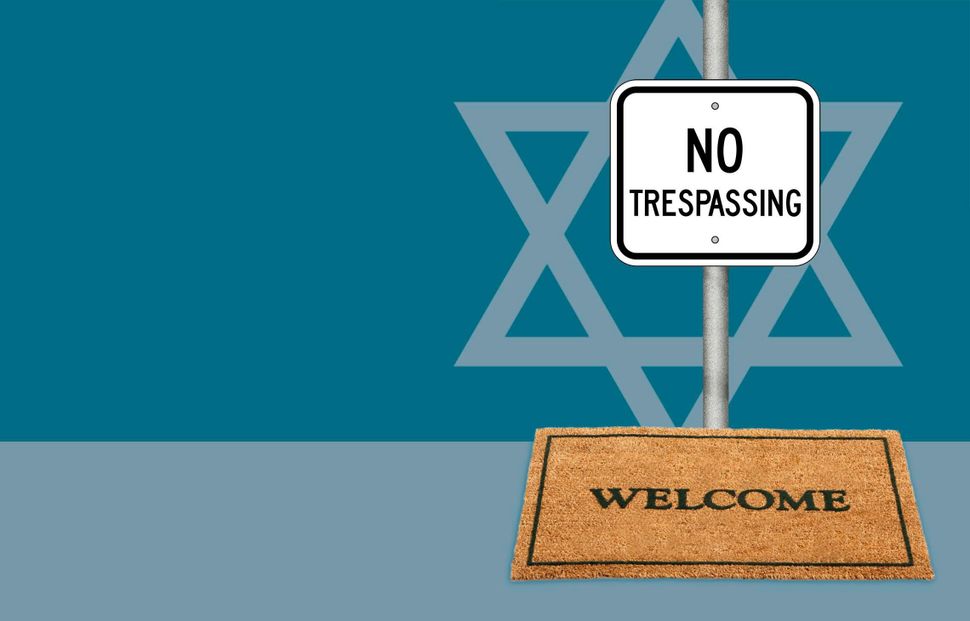 Jewish community tensions over the Durham, North Carolina city council’s April vote to ban police officers from educational programs in Israel spilled over last week after police escorted two members of the group Jewish Voice for Peace out of the Jewish Community Center when they tried to hand out flyers criticizing local Jewish leaders.

The JCC held an event on August 26 called “Durham City Council Statement Singling Out Israel: Jewish Community Responses” at which local Jewish leaders spoke, as did the pastor of a local church. Members of JVP were upset that the “Jewish community responses” did not include anyone in the Jewish community who, like them, actually supported the measure.

But the CEO of the local Federation, Jill Madsen, said that the purpose of the event was to assuage local community members’ concerns about the resolution, which virtually all local rabbis and Jewish institutions opposed and which many find anti-Semitic.

“We were working to answer very specific questions, so it wouldn’t have made sense to have members of JVP, who have had various platforms to explain their rationale why they are supporting the resolution, to be a part of a panel,” Madsen said. “That’s not what people are asking about.”

The spat is the latest example of left-wing Jewish groups like JVP and IfNotNow challenging the communal consensus on Israel through tactics that challenge organizations that are normally considered in “mainstream,” — local Federations, Hillel, Birthright Israel — to include them.

The JCC held its event in response to the city council’s unanimous vote in April to oppose “international exchanges with any country in which Durham officers receive military-style training.” Among those who voted in favor of the resolution was Mayor Steve Schewel, who is Jewish. JVP and other groups highly critical of Israeli policies had pushed the measure; JVP had circulated a petition the previous year calling on the city to “immediately halt any partnerships that the Durham Police Department has or might enter into with the Israeli Defense Forces and/or the Israel Police.” The current police chief had said that no such exchanges had been planned anyway, though a previous chief had gone to Israel for a week-long terrorism-response training course.

Mack and her JVP colleague Abby Weaver attended the JCC event five days after the local newspaper published a letter to the editor they wrote bemoaning the exclusion of voices like theirs and asking for members of JVP to be included on the panel. They say they also sent copies of the letter to all the panel’s speakers but only received one response — a curt “thank you.”

They said that the questions they wrote on notecards were not answered during the scheduled Q&A period. Mack also took issue with the fact that one person at the event tried to make a connection between the resolution and anti-Semitic flyers that appeared soon after at nearby Duke University, and claimed that JVP may have been responsible.

Madsen pointed out that the community is concerned about rising anti-Semitism generally, including, she said, a bomb threat at Jewish facilities, KKK flyers in downtown and a possible KKK march.

“People don’t look at things in isolation,” she said.

Madsen, who is also the CEO of the JCC, said the event was largely successful, with a turnout of “easily over 100 people, which for us is a big deal.” She estimated that there are around 11-12,000 Jews in the area, which also includes Raleigh and Chapel Hill.

At the end of the event, Mack and Weaver stood outside the auditorium and handed out printed copies of their letter to the editor to exiting attendees.

The JVP members say that Madsen told them, “this is not the place to hand out flyers,” before beckoning police officers over; when an officer asked Madsen if she wanted to “trespass them,” Madsen said yes, and so the police pushed them out of the building and threatened them with criminal charges if they tried to stay.

Madsen says that the two were literally blocking the exit door, and that when she asked them to stop handing out the flyers and move away from the door, they refused. When the officer asked if she wanted him to “trespass them,” she said, “only if they don’t stop and leave,” whereupon the JVP members and the officer walked out together.

Both sides agree that attendees overlooking the scene yelled at the women and called them “Nazis.” Madsen said she told those people to leave the premises as well. “There is nothing Jewish about using that language toward fellow community members,” she said.

JVP plans to hold their own event on the subject in October, to which everyone will be invited.

Weaver said she was upset that she was made to feel unwelcome in her community center — she grew up in the area, where she went to Hebrew School, had a bat mitzvah and is a member of a local synagogue.

“I am definitely feeling hurt, and unhappy, but for me this is only renews my commitment to my Jewish community,” she said. “I know the huge role that Judaism plays in my life. And being a part of the Jewish community is really important to me. We’re hoping that this painful thing that we’ve experienced brings attention to the problem that there are voices in the community that aren’t being heard.”