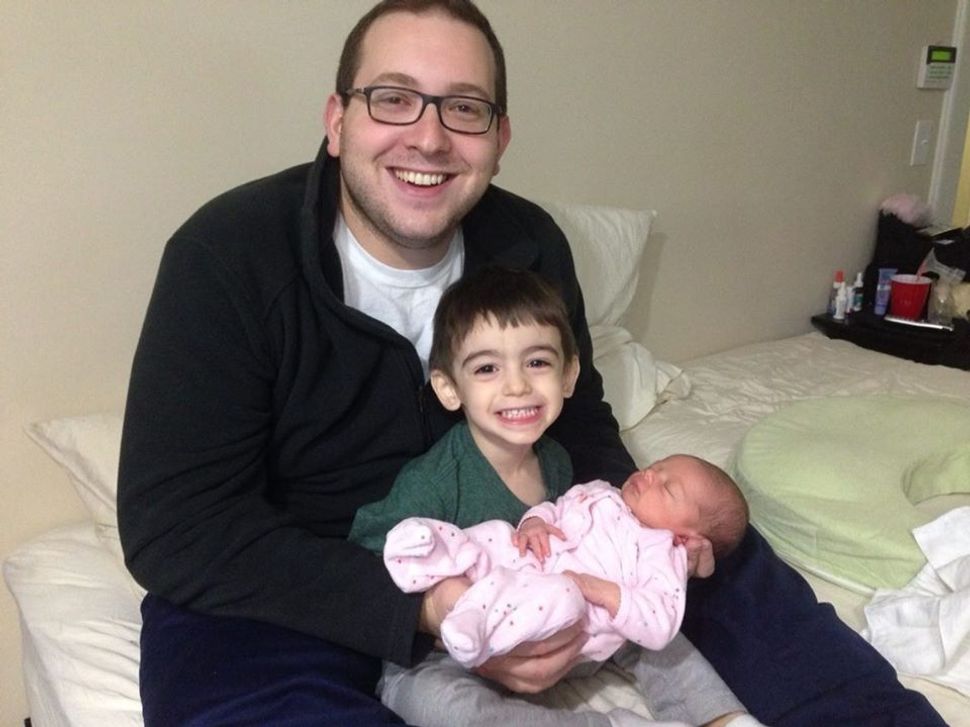 Michael Goldsmith, 34, is the person everyone always called to shlep something heavy, like a piece of furniture. An IT consultant, he’s always been robustly healthy, but on March 11, he started showing symptoms of the novel coronavirus. He had no underlying conditions, and his family has no idea how he caught it. Yet he’s been on a ventilator since March 20.

Ever since, Goldsmith’s family and doctors at Hackensack University Medical Center in New Jersey have been vying unsuccessfully to get him access to an antiviral drug made by Gilead Sciences that blocks the virus’ ability to replicate.

“The doctors say we’ve fallen through the cracks,” his wife, Elana Goldsmith, said in a video interview. “We’re just asking the company to understand that these are people’s lives. It’s not a money thing. It’s not a political thing. It’s life and death.”

Elana, also 34, is a kindergarten teacher who has spent the past weeks juggling phone calls to the hospital and drug company with caring for her children, 9-year-old Joey and Sophie, who is 6, at their home in Bergen County. She has not been allowed to visit her husband in the hospital because of the virus’s contagiousness.

The couple grew up in New Jersey, and their families have moved in the same modern Orthodox circles. They even crossed paths as toddlers at a birthday party — something they only discovered after being set up on a date by a mutual friend. They got engaged in a little over two months, and have been married nine years. They’d been planning a trip for their 10th anniversary.

In the weeks since Michael fell ill, the community has rallied around the Goldsmiths, running errands and pooling funds to buy a trampoline for their yard.

“I’ve never needed to be the recipient of this kind of outpouring of love and it’s very inspiring and humbling,” she said. “People are leaving things. Coffee. Candy for the kids. Toys. Pesach products, because I can’t get out to the supermarket.

“I’m crying most of the day but I’m the only parent here right now,” she added, noting that the children aren’t sleeping well, so she isn’t either.

Elana’s father, Jack Stroh, who is a cardiologist, said on Sunday that the ventilator is delivering 60% of Michael’s oxygen, Stroh said on Sunday. That’s actually better than he was a few days ago, but still worrisome. His doctors tried the combination of anti-malarial drugs and antibiotics, an experimental therapy that has helped some patients and been heralded by President Trump as a “gift from God.”

It didn’t help Michael, though. So more than two weeks ago, they they decided to try to get him remdesivir, which has not been approved by the FDA, but is being administered to COVID-19 patients across the country through one of two Gilead programs: compassionate use, or clinical trial.

Michael’s doctors were confident that he would qualify when the first put him on the ventilator. But, Elana said, the company turned him down the next day: the requirements for the compassionate-use program had been changed to allow only pregnant women and children. Instead, the company officials said his doctors should enroll him in a clinical trial.

The doctors at Hackensack said they would start one. Gilead told the family that Michael would be approved, Elana said. But by the time everything was in order, on Thursday, March 26, he’d had been on a ventilator for six days, and only patients who’d been on the ventilator four days or fewer were eligible.

The family and doctors pushed for a variance, and Diana Brainard, a senior vice-president at Gilead Sciences, told her that she would personally ask the company’s chief executive, Daniel O’Day, to make an exception for Michael.

But after 24 hours, Elana said, Brainard called back and said the answer was still no.

“His doctors have been absolutely amazing,” Elana said. “He’s lucky that he has his own ventilator and he’s in the intensive care unit. But the remdesivir is the only thing they feel can help him.”

Gilead spokesman Chris Ridley said the company wouldn’t comment on individual patient cases like Michael Goldsmith’s or As Ahmad’s, a 41-year-old father of three whose similar situation was profiled in the Washington Post.

The company said that 1,000 patients have received the drug under its compassionate use, Bloomberg reported. On March 27, Ridley said, it started a new “expanded access” program for people who have COVID-19 and can’t get into a trial. Company officials did not respond to questions about the size of the expanded access program or how it works, but according to Stat, a medicine journalism website, it now has 1.5 million doses that could treat more than 140,000 patients and is supplying the medicine free of charge.

Elana and her father first tried to apply public pressure on Gilead by using Twitter. Elana posted a plea to Gilead on the platform. Avi Mayer, a cousin of Michael’s who is a spokesman for the American Jewish Congress and has more than 75,000 followers on Twitter, joined the campaign, prompting a Forward article about the situation.

Then on March 26, numerous Goldsmith relatives wrote to the Forward begging editors to remove the article, saying it could hinder efforts to get him what they described as a life-saving drug. The Forward took the highly unusual step of doing so.

Since the attempt to placate Gilead by staying quiet failed, the family decided to talk to the media, including the Forward.

Michael’s medical team is still trying to persuade Gilead to give him remdesivir, and more than 1,000 doctors have signed onto a petition asking the company to give him the drug. But his wife said she has accepted that it’s unlikely that the company will reverse its decision.

In the meantime, the doctors are trying to keep him comfortable and hope that his body can defeat the virus on its own.

And Elana is trying to get ready for Passover. The Goldsmiths usually spend the holiday in Israel, celebrating at a big meal with extended family where everyone wears costumes to act out the story of the Exodus. This year, it will be just her and the kids, and the kids have started to ask her what it’s going to be like.

“Obviously we’re going to wear whatever costume we want, just make it meaningful and special to them as I can,” she said.

Travel is a big part of the Goldsmith’s lives together. In addition to Israel, they’ve taken their children to Hawaii and had planned to go to the Maldives, an island country in the Indian Ocean, for that 10th anniversary trip.

Elana is still hoping to go to the Maldives.

“I have to do whatever it takes to get my kids into an O.K. space,” she said. “And in between I have to fight for Michael. And then when it’s over I can go on a vacation.”