Last June, Forward editor Jane Eisner participated in a private roundtable discussion at the Israeli Presidential Conference in Jerusalem about Israel’s Jewish identity. What came out of the talks was the sense that Jews in Israel and in the Diaspora face a similar challenge — how to be a modern people in a modern world while holding onto ancient tradition. This is the continuation of that discussion.

Israel should have a Jewish core, but not an Orthodox Jewish core. Israel’s founders did not envision a situation where an Orthodox establishment would regularly denigrate and delegitimize the practices of the majority of Jews worldwide. Rather, they saw religion mostly through the prism of a secular pioneering vision, presuming that religious commitments would either die out or be kept alive by a tiny, unobtrusive portion of society. They were wrong.

Today, Orthodox Judaism is a powerful, coercive political force in Israel. Religion should never be given political power, nor should the state be given religious authority. In Israel, Judaism and democracy are both harmed by this unholy alliance. Non-Orthodox Judaism is flourishing in all of the Jewish world except Israel, where it is so needed by Jews alienated by Orthodoxy and uninspired by secularism.

Orthodox Jews have a right to their views about Reform, Conservative and other forms of Jewry, but not to force their opinions on the majority of Jews. By accepting Orthodox rulings as law, the Israeli government has brought Israel — and the Jewish people — to this current crisis. Too often, the Orthodox establishment portrays Judaism as an unbending ritual life, rarely invoking the Jewish imperatives to protect the stranger, care for the poor and create a society based on core Jewish values of compassion, justice and righteousness.

How ironic that the Jewish state is the only democratic state in the world where a non-Orthodox rabbi cannot perform a legal marriage, and where a non-Orthodox congregation has to struggle with the state even to obtain the right to build a house of worship. And what lover of Zion is not deeply offended that Israel is the only state where a Jewish woman is imprisoned for praying the Sh’ma out loud while wearing a tallit?

As long as a rigid Orthodoxy is the only expression of Judaism legitimated by the State of Israel, women’s equality will be elusive and illusory. At the Western Wall, in rabbinical courts, at the bridal canopy and at funerals, women are not equal. Ultra-Orthodox Judaism is a legitimate choice for those who chose it, but it must no longer be the default position of the Jewish state.

My love for Israel is at the core of my Jewish identity, yet, as president of the largest movement of Jews in North America, the Reform movement, I find the religious status quo destructive to Jewish unity. Too many Diaspora Jews are disconnecting from an Israel that does not honor, reflect or support their core Jewish commitments.

Of course, Israel faces enormous external security threats, but it also faces an existential threat to its very soul and character. We need a global conversation about how to practice Judaism across borders, where Diaspora Jewry and Israeli Jewry can enrich each other

But we must ensure that Israel represents a Jewish state that truly embodies the values and vibrancy of all Jewry, seeking to create a just and secure nation that will continue to link us as a people across oceans and across generations. Judaism and democracy can thrive only in an Israel with true freedom, freedom that embodies the dreams and promises of Israel’s Declaration of Independence: “to uphold the full social and political equality of all its citizens, without distinction of race, creed or sex… guarantee full freedom of conscience, worship, education and culture… be based on freedom, justice and peace….”

In the free marketplace of Diaspora Jewish life, Orthodoxy and liberal Judaism are both flourishing, so why be afraid of affirming the legitimacy of the many authentic Jewish paths, including, too, the secular/cultural? Young Jews worldwide are searching for answers — and how they define their Jewish identities should be a source of renewal for the Jewish state. But instead, they come up against a rigid and parochial system. The time is overdue to disentangle Judaism from the structures of political power, and in so doing ensure the integrity and well-being of both. Lihiyot am chofshi b’artzenu: All of us must be free in our cherished Jewish State.

Rick Jacobs is the president of the Union for Reform Judaism 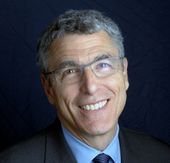