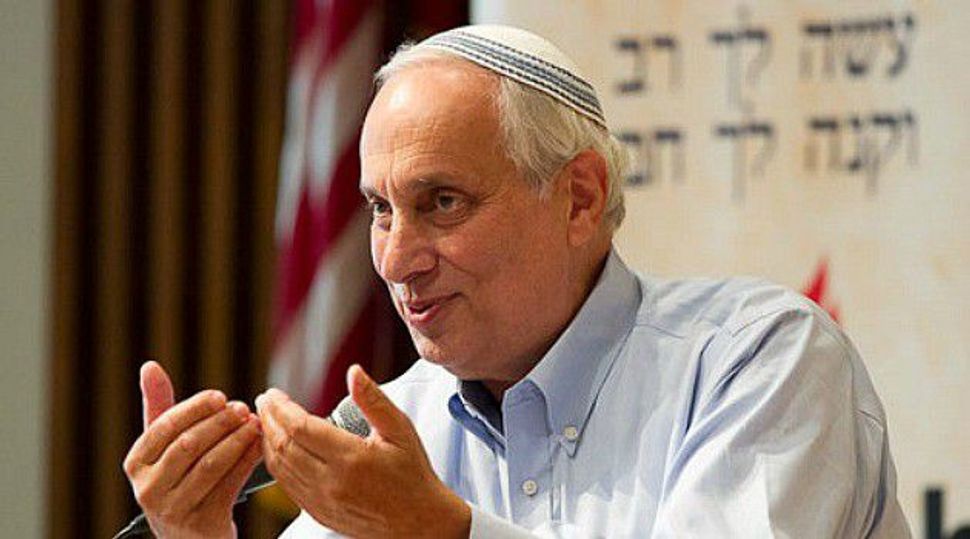 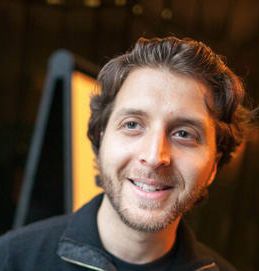 “Retire is a word I’d like to retire,” said my rabbi, Rav Avi Weiss, from the pulpit he has held for over 40 years.

Over the holiday of Shemini Atzeret, Rav Avi announced that he would step back from his position as senior rabbi at the synagogue he helped found, The Hebrew Institute of Riverdale, or as it’s affectionately known, The Bayit (Hebrew for “home”). Rav Avi has had an illustrious career as a political activist and progressive voice within Orthodoxy. Now he plans to write and teach more, as well as spend more time with his family.

I sat in the pews with my family nearby as I have the honor of serving this year as a rabbinic intern at The Bayit. I am at the beginning of my rabbinic journey, about to complete my studies at Yeshivat Chovevei Torah, the rabbinical school Rav Avi founded.

As he gave his speech, my eyes were glued to the scene. It is hard to imagine a more joyous transition, with Rav Avi’s words beginning and ending in song and dance. Many congregants expressed sadness as well, seeing as Rav Avi has been there for so many of his congregants’ lifecycle events. Some congregants even remembered The Bayit’s original days, back when it was housed in a cellar; the synagogue now seats several hundreds of people.

This past Shabbat, shortly after delivering this talk, Rav Avi gathered a group of men and a Torah scroll to go pay a visit to an elderly congregant who has been homebound for the past few months. This was at the end of a three-day holiday marathon, but Rav Avi managed to gather a group.

As we walked across the street, I asked Rav Avi where we were headed. It turns out we were visiting a noted linguist and dear friend of my grandparents, Dr. Fishman (or Shikl, as my grandfather called him) and Gella, his wife. We entered their home and Rav Avi began with a tune.

Shikl and Gella’s faces lit up. We cleared the coffee table so as to put the Torah down. We set up our synagogue in their apartment, calling Shikl up to the Torah for his aliyah. Lifting the Torah so it would be easier for Shikl to kiss and to see, Rav Avi said each word of the blessing quietly but loud enough for Shikl to hear and then repeat. A loud amen followed Shikl’s blessing — and with that, the Torah portion. “In the beginning, God created the Heavens and the Earth.”

After Shikl’s aliyah, we danced in a circle around the couple. Rav Avi whispered into my ear, “Maybe you’ll lead a Yiddish song?”

Gella grabbed my hand as I sang Marc Warshawsky’s “Kinder Mir Hobn Simkhes Toyre — Children, we have Simkhes Toyre.” Gella sang along exuberantly, leading us in another round of singing.

I looked around the apartment, noticing pictures and classic Yiddish books. It was almost a year since my grandmother, Chana Mlotek, their friend, passed away. My family had just finished emptying her bookshelves, which one Yiddish scholar called “the most important folksong archive in America.”

And I realized, looking at Gella, that this too was part of Rav Avi’s gift: the art of connection. Connecting people, places and times with one another.

After the melody ended, Rav Avi asked Gella if she would like an aliyah. And so we read again. “And there was evening, and there was morning, another day.”

In the stairwell, Rav Avi said to me, “That’s the real rabbanus, Av.” The real rabbinate.

Rav Avi explained that he feels it’s often those who are most isolated from society who are the greatest teachers.

I was moved on many levels. I didn’t even know who we’d be visiting. For Rav Avi, this was another congregant. Yes, he knew of Dr. Fishman’s noted reputation, but he didn’t know the extent of our family connection when he pulled me along to be the tenth for the minyan.

This was Rav Avi at his finest: helping create a personalized, meaningful moment for his congregants. I’m sure countless others can share the same sorts of stories about him. The Jewish world anxiously awaits his next chapter.