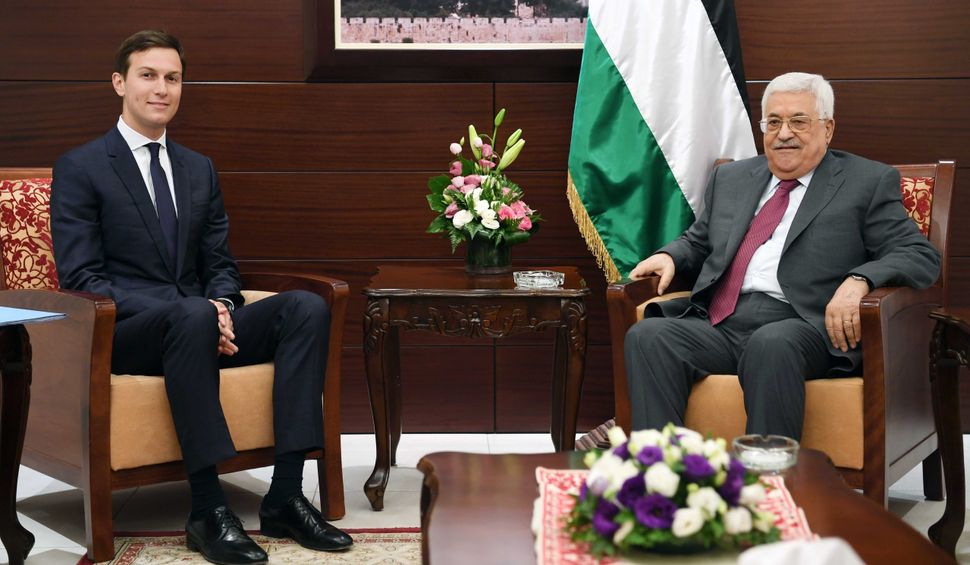 At some point, Jared Kushner and Jason Greenblatt will reveal their Peace Plan for the Middle East (God only knows the reason for the delay; after all, no advance consent is required). In their eyes, it will be a deal which the Israeli right wing government could swallow, and the Palestinian side will have to accept, because there is no other realistic option around.

Israeli Prime Minister Benjamin Netanyahu’s government will consider it seriously, and they will indicate that the demands Greenblatt and Kushner are making on Israel are very harsh indeed. But Bibi will prove willing to study it, as long as it is a basis for negotiations with the Palestinians rather than a “take it or leave it” offer.

The Palestinians for their part will maintain that they are not willing to react to the plan, since, as its leadership has already declared, the U.S. is not a fair mediator. Israel will then add the Palestinian refusal to the long list of Palestinian negative reactions to peace proposals, which proves that Israel is a peace-loving state, even with Bibi and right-wing Naftali Bennett in power, while the Palestinians are the eternal naysayers.

But what if the obvious doesn’t happen?

What if due to a long list of reasons, including the current Palestinian weakness, the split between the West Bank and Gaza, the love affair between some important Arab States and Israel, the financial crisis in the Palestinian Authority, and the aged leadership, the Palestinians agree to negotiate with Israel on the basis of Kushner’s plan? Let’s imagine for a minute that they would be ready to have a capital out of Al Kuds, ready for Israel to be in charge of security in Palestine, ready for Israel to annex a relatively big chunk of the West Bank, and ok with no Palestinian refugee being allowed into Israel.

If all those things happen, the big loser will be Israel.

A biased plan can, perhaps, benefit the current Israeli policy by “proving” that if you wait, you may get a better deal. But Palestinian acquiescence may become a real threat to the implementation of the agreement. One reason is that if one side feels that its weakness was exploited, negative emotions may explode and destroy the whole achievement of a deal. Think of June 1919, when the Versailles Treaty twisted Germany’s arm and became one of the causes for World War II.

But you don’t have to go back to the 1919. You can just look at the mutual extradition clause in the Israeli-Palestinian Interim-Agreement of 1995.

That issue became a very significant stumbling block, which threatened to prevent the sides from signing the important agreement. Eventually, Yasser Arafat submitted. He gave up on symmetry, and the Interim Agreement was signed in the White House on September the 28th, 1995.

Prime Minister Yitzhak Rabin, who had insisted on the non-mutuality of the article, was satisfied. But he didn’t live to see its damaging consequences. When Netanyahu came to power few months later, his demand to extradite certain Palestinians was not met. And he easily exploited it to justify his unwillingness to fulfill the Israeli commitments in the agreement.

The big “achievement” of the negotiations became one of the first triggers for the freeze of the peace process. The Palestinians couldn’t extradite their own people, it was obvious from the beginning, and became a boomerang to peace.

A fair and balanced plan, in which both sides are required to pay reasonably equivalent prices, is the only way to achieve a sustainable “deal.” If the Palestinians accept a biased offer out of duress, that may become, eventually, a victory that blows up in Israel’s face.

Dr. Yossi Beilin is a former Israeli Minister of Justice. He initiated the Oslo Agreement of 1993, the informal “Beilin-Abu Mazen Understandings” of 1995, the informal “Geneva Initiative” of 2003 and the “Taglit- Birthright” project.