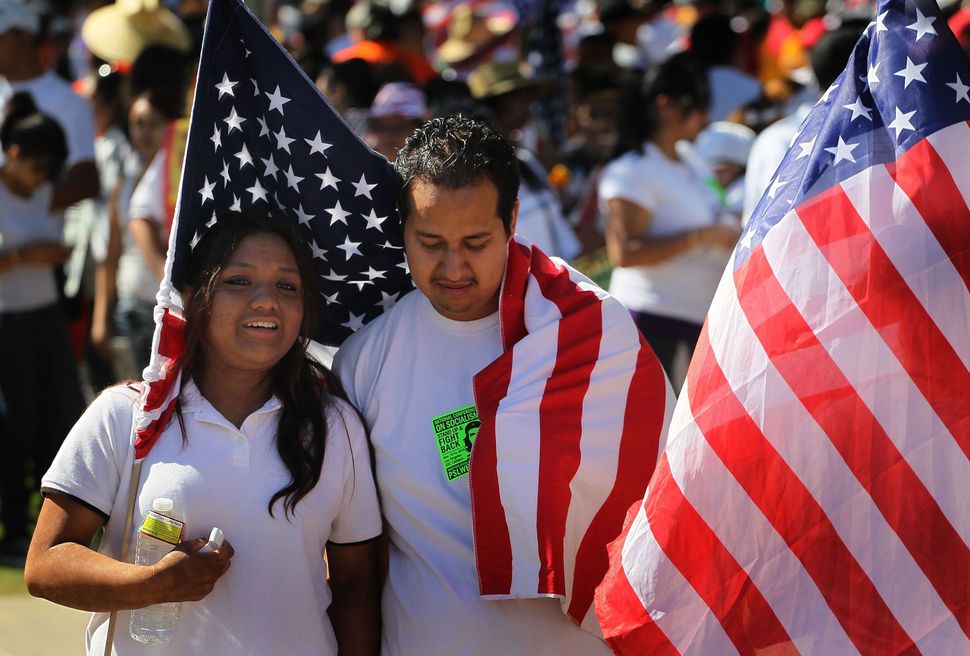 In 1919, the United States deported Emma Goldman, along with nearly 250 other foreign-born radicals. This move became possible with the passage of the 1918 Immigration Act, which permitted the deportation of “aliens” who expressed support for anarchism.

Goldman, however, claimed U.S. citizenship, acquired through her brief marriage to Jacob Kershner.

The government’s response? To strip Kershner of his citizenship on a technicality, and thereby to invalidate Goldman’s own status.

With its recent forays into denaturalization of U.S. citizens, the Trump administration appears to be modeling itself after this shameful period of American history, characterized by incitement against immigrants and repression of criticism of the government.

These moves eventually led to the passage of the 1924 immigration law that virtually closed our country’s doors to Jews—thus setting up the tragedy of refugees from Nazi Germany being denied entry into the United States.

This week, reports emerged of American citizens born near the Texas border being denied U.S. passports, or being asked to produce obscure documents, such as their mothers’ prenatal medical records, in order to renew their passports.

This development followed the announcement this past June of a “Denaturalization Task Force,” which will take a more aggressive approach to investigating those who may have lied, or even made innocent mistakes, in their citizenship applications.

As Masha Gessen points out, fraud is not necessarily cut and dry: for example, an LGBTQ person born in a country that bans same-sex activity may not be inclined to answer truthfully the question, “Have you EVER committed a crime of any kind (even if you were not arrested, cited, charged with, or tried for that crime)?”

Jews know too well the value of citizenship, and the danger inherent in a country’s power to take it away.

The emancipation of the Jews in most of western Europe, beginning in the late eighteenth century, ushered in an era of new basic freedoms, political rights, and economic opportunity. The 1935 Nuremberg Laws stripped German Jews of their citizenship, thus setting the stage for the horrors to come. And the 1918 law that led to Emma Goldman’s deportation disproportionately affected Jews, already suspected of disloyalty to the state.

In response to the experience of Jews in Nazi Germany, the Universal Declaration of Human Rights established that “everyone has a right to a nationality” and “no one shall be arbitrarily deprived of his [sic] nationality nor denied the right to change his nationality.”

The case that ultimately restricted the right of the U.S. government to revoke citizenship also concerned an American Jew. Beys Afroyim immigrated from Poland in 1912, became an American citizen in 1926, then moved to Israel in 1950. Upon subsequently deciding to return to the United States, he was denied a passport and told that he forfeited his citizenship by voting in a foreign state’s elections.

The Supreme Court ruled in Afroyim’s favor, also making a sweeping statement protecting the rights of citizens to maintain their status. Writing for the majority, Justice Hugo Black concluded, “Citizenship is no light trifle… In some instances, loss of citizenship can mean that a man [sic] is left without the protection of citizenship in any country in the world…The very nature of our free government makes it completely incongruous to have a rule of law under which a group of citizens temporarily in office can deprive another group of citizens of their citizenship. We hold that the Fourteenth Amendment was designed to, and does, protect every citizen of this Nation against a congressional forcible destruction of his citizenship, whatever his creed, color, or race.”

The Trump administration’s initial forays into denaturalization may not feel yet like major cause for alarm. But Jewish history suggests otherwise.

Practices that affect only a small number of citizens today may serve as trial balloons for later large-scale attempts to rescind the citizenship of naturalized citizens, especially those who voice opinions critical of the government; and to question the citizenship of every Latinx American born in a border state.

As Jews have learned too many times in the past, citizenship that cannot be revoked is a prerequisite for safety, security, and freedom.

Rabbi Jill Jacobs is the Executive Director of T’ruah: The Rabbinic Call for Human Rights. Follow her on Twitter @rabbijilljacobs.