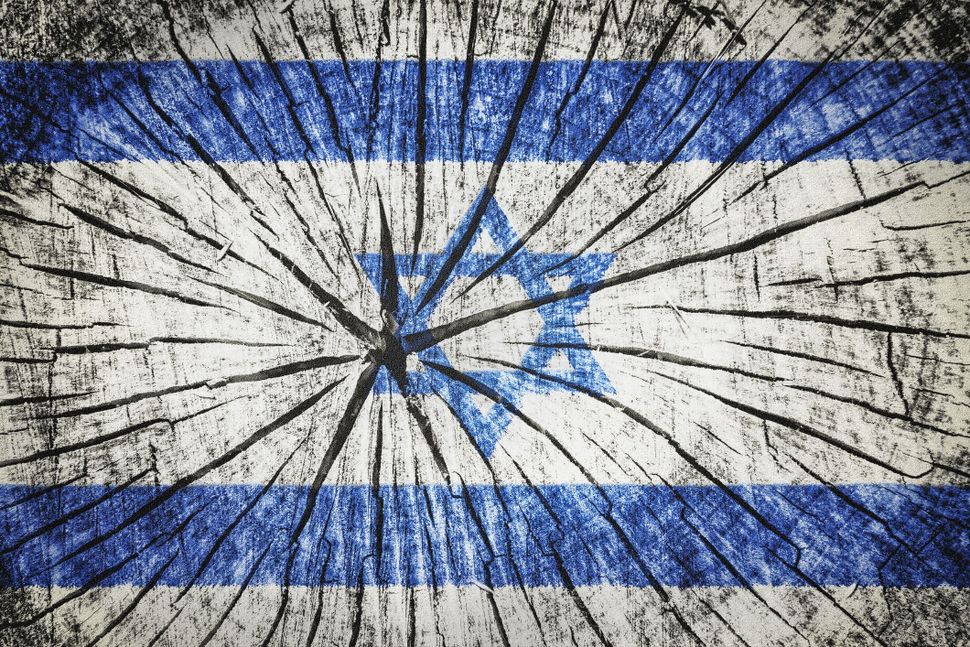 On October 2, an American student with a visa to enter Israel named Lara Alqasem was refused entry because of alleged past involvement with the movement to boycott Israel. She has since been detained by the Israeli authorities, who won’t let her enter Israel. When pressed, Strategic Affairs Minister Gilad Erdan said that if Alqasem apologies and renounces the boycott, divestment and sanctions movement, she will be allowed entry.

It’s a deeply unfortunate episode, though not a unique one. Just this year, Israel has detained the Jewish American journalist Peter Beinart, as well as others for what appear to be thought crimes. With Alqasem this is certainly the case. And of course, it’s much more common for Israel to detain or outright deny entry to Palestinians, or even Americans of Palestinian descent.

Racial profiling and policing thought crimes are not how liberal democracies should behave. The opposite; policing thought is one of the characteristics of fascism noted by Robert Paxon in his famous article “The Five Stages of Fascism”, where he argues that fascists despise thought, replacing it with an appeal to the nation.

Israel has been slowly but steadily relinquishing the kinds of things we in the Diaspora consider to be the bedrocks of a liberal democratic society, and it’s time to reexamine our relationship with Israel.

And yet, honest analysis will reveal that for the Diaspora community, Zionism today is precisely about reinforcing the kinds of practices that allowed Alqasem to be detained in the first place.

Zionism has always been about both Israel and the Diaspora. From its earliest iteration in the 19th century, Zionism emphasized the dichotomy between Diaspora Jewry and Israel, a dichotomy that subsequently redefined what it meant to be a Jew.

As Max Nordau infamously put it in his speech at the First Zionist Congress in 1897, the Diaspora Jew “has become a cripple within, and a counterfeit person without, so that like everything unreal, he is ridiculous and hateful to all men of high standards.”

Or as Golda Meir put it a bit more calmly, “We have nothing against Jews in the galut. It is against the galut that we protest.”

But it wasn’t just the Zionists who saw in the Israel/Diaspora dichotomy source material for developing identity. Indeed, how we identify with Israel is important to the identity of many Diaspora Jews, so much so that the role Israel has played in Diaspora identity has always said more about Diaspora Jews than about Israel.

For all the attention that we bestow upon Israel, what happens in Israel largely stays in Israel. Most Jews who live outside of Israel but feel connected to it in some way do not actually experience the consequences of their Zionism. We might experience deep feelings about what transpires there: pride, shame, anger, longing, hope. But we do not experience the day-to-day effects of our Zionism in our daily lives.

As a form of nationalism in which Diaspora Jews take part only vicariously, Zionism is not about the Jewish State per se, but about something else. Our Zionism functions as a symbol that represents our normative commitments, and a part of our personhood.

Most debates about Zionism, anti-Semitism, and Israel miss this key point. Our Zionism is not about Israel as much as it is about ourselves. If we can get past the question about recognizing Israel’s right to exist (a rather odd debate in any case since if we question one state’s right to exist we might as well question them all), the question we should be asking is what does our Zionism say about us?

The answer to this question is not a pleasant one. While Zionism for Israeli Jews is a form of nationalism or perhaps patriotism, for Diaspora Jews, Zionism, including liberal Zionism, can only be described as a claim for privilege. It’s not exactly white privilege — Jews come from all over the world and belong to all races — but it is a form of privilege that mimics white privilege.

White privilege happens when a people assumes unearned entitlements, when they take conditions for granted that give one group an advantage over others.

This kind of privilege is about having direct access to things like knowledge, experiences, histories, identities, or cultural norms that reinforce social hierarchies. These hierarchies are hidden in plain sight, or at least, they are hidden from those who benefit from them.

White privilege does not have to function literally. The phenomena it refers to can also apply to gender; male privilege speaks to how being male offers career advantages or earning potential or opportunities for advancement that women cannot take for granted.

Zionism is a form of privilege in two ways.

First, Zionism attempts to create conditions in which the Jewish nation can benefit from entitlements. For Israeli citizens living in the State of Israel, these entitlements are the effects of their citizenship.

One look no further than the 2018 Nation State law for evidence that Israeli citizenship privileges Jews. One of the points of this amendment to Israel’s Basic Law was to reduce the status of non-Jewish citizens in Israel and cement the privileged status of the Jewish majority, which explains Prime Minister Netanyahu’s statement that, “the majority have rights too, and the majority rules.”

This privilege does not mean that all Jews are entitled to the same treatment, as is the case in non-Orthodox marriage or the religious rights of women, but it does prioritize the rights and benefits of Jewish Israelis over non-Jews in many areas of life, including access to housing, treatment by the police, and institutionalized racism against Arabs that contributes to a higher infant mortality rate and generally lower salaries among Arab populations in Israel.

And for Diaspora Jews who are not citizens of Israel, there is always the potential of benefiting from such un-earned entitlements because of the Law of Return, which makes any Jew a potential citizen of Israel.

Second, for both Israelis and Diaspora Jews, an important dimension of this privilege is being complicit in the methods that sustain this privilege, like the Occupation or discrimination against minorities.

Liberal Zionists enjoy a uniquely duplicitous position vis-a-vis this privilege. They imagine Zionism represents the potential for a just community and remain committed to present-day Israel, enjoying its benefits but without taking responsibility for the violence necessary to sustain a Jewish-nation state.

But regardless of which version of Zionism we subscribe to, in our day-to-day lives, we do not face the consequences of our Zionism. We enjoy what Israel means to us as a nation-state of the Jewish people, and in this sense, Israel has become a fantasy, a re-imagination of Jewish identity through the prism of national belonging.

Our debates about Israel largely focus on this fantasy, not on what Israeli does but what we want or imagine Israel to be.

The Jewish Diaspora needs to step away from this fantasy of Israel that erases and enables violence against others. While we recognize Israel’s sovereignty and its ability to decide on its own destiny, we must also recognize that so long as this destiny involves the increasing persecution of its minority populations, and a disregard for forms of Jewish life outside of Israeli Orthodoxy, we won’t have anything to do with it politically.

We won’t support a political process that accepts institutional and physical violence as a means to enable privilege at the expense of others. Past and expected future attempts at gerrymandering in Jerusalem to ensure a Jewish majority in the city, the legal support in the Nation State law to expand settlement building, demands by elected officials for academics and artists to swear a loyalty oath to the state, the violence committed on a regular basis against Palestinians, the refusal to recognize non-Orthodox modes of Judaism in Israel, all contribute to an increasingly violent and illiberal society.

We won’t let a fantasy about Israel’s potential or claims to Israel’s exceptional status be the basis upon which we identify or connect with Israel.

Being Jewish no longer comes with the expectation that a connection with Israel is central to our identity, and we will not defend privilege at the expense of others.

Dr. Ilan Zvi Baron is an Associate Professor in the School of Government and International Affairs, and Co-Director of the Centre for the Study of Jewish Culture, Society and Politics, Durham University. He is the author of, “Obligation in Exile: The Jewish Diaspora, Israel and Critique” and “How to Save Politics in a Post-Truth Era.”