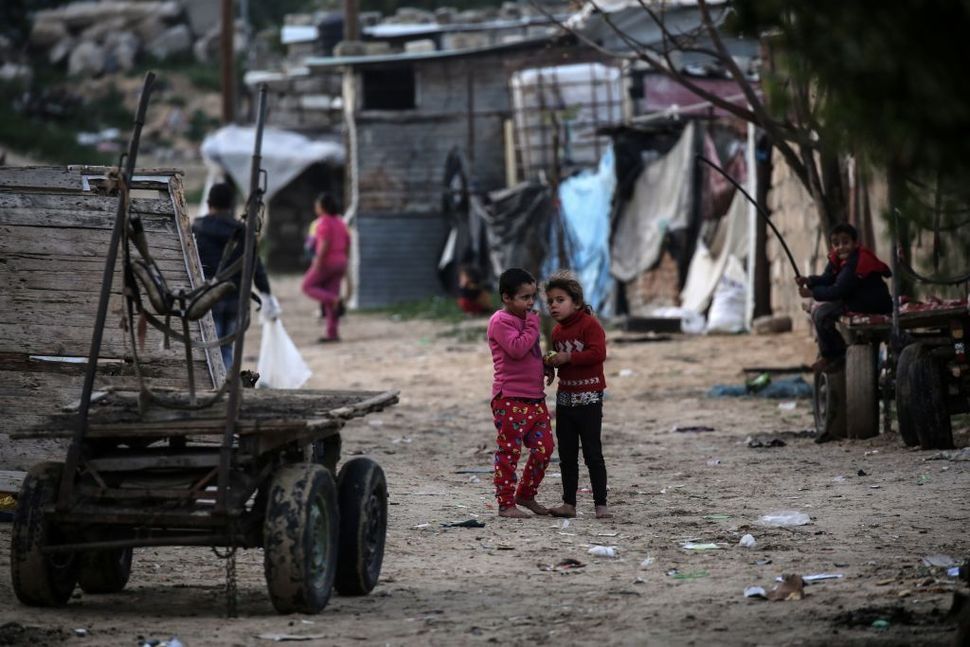 It’s hard to describe the anger and fear that I feel as a Palestinian following the current Israeli election cycle.

I was born in Gaza. I was molded by the blockade. I have survived three wars. Countless times, death was only a few steps away from me.

“Collateral damage” is what we two million civilians entrapped in Gaza are called by the political establishment on the other side, when our cries are heard.

From collateral damage, we have become the dehumanized fuel of Israeli election campaigns.

In the era of Trump, with his unconditional support for Israel and his commitment to punishing measures against us Palestinians, Israel’s right wing has been granted the freedom to exercise absolute authority over Palestinians, not only without consequence, but with the blessing and support of members of the Trump administration.

It’s in this context that Israel’s right, internationally emboldened, has been fighting over the Israeli electorate. And we have been the fodder.

In an appalling reverse beauty contest, electioneering seems now to be about celebrating the killing, abuse, impoverishment and incitement against Palestinians. Unconstrained Israeli right-wing politicians have produced ads glorifying killing Palestinians, destroying our homes, mocking our way of life and even our accents, and holding up our murderers as patriots.

And I cannot even begin to describe what it feels like as a Palestinian, to see myself portrayed as cannon fodder by the Israeli politicians whose decisions determine my life or death.

Gone are the excuses, the justifications, the remorse. In ad after ad, it’s just outright pledges to further abuse and dehumanize Palestinians for the pleasure of extremist constituencies.

Instead of ideas for how to end the conflict, or thoughts about the Israeli economy, it’s all about us.

This divisive and hateful exhibition of machismo, this competition of who is the toughest on Palestinians, is a complete betrayal of Israel’s Jewish population just as much as it is a betrayal of us Palestinians.

This kind of ugly ultra-nationalism has always been self-defeating, bound to introduce hatred and destruction within the society that tolerates it. The easy victories that can be achieved with such hateful slogans, such fear-mongering rhetoric and muscular showing-off are eventually destructive and harmful to the Israeli population, too. For it ignites anger, fear and hatred on the other side, as it does in Israel.

Such campaigns may land an inadequate and cowardly politician in office, but they also prove extremist and violent groups right; those who claim that the “enemy only understand the language of force” will now find solace in Benny Gantz boasting of pounding entire civilian neighborhoods in Gaza with the slogan “Only the strong wins.”

True strength only lies with those who have the courage to stand for the truth, to care for the other as for oneself, to fight for peace and security, to fight to prevent the shedding of a single drop of blood on either side.

The way to lasting peace and security is obvious for those who seek it: Only by offering a dignified life to Palestinians will there be an end the conflict. You can’t wish us Palestinians away, or make our lives more unlivable than they already are. For what good could ever come out of not only causing but bragging about the suffering and death of millions of Palestinians?

Unfortunately, none of the leading candidates dares to utter this truth, let alone act upon it. Instead, politicians appear to be taking genuine delight in indulging the whims and wishes of Israel’s most extremist groups. They promise time and again that Palestinians can and will be abused, impoverished, tortured, killed and dispossessed, all for the amusement of an audience that doesn’t only tolerate this but is also favorably swayed by these racist campaigns.

The least the Israeli public could do at this crucial moment is to disincentivize those hateful platforms by refusing their votes to the cowards who live by fueling hatred and perpetuating violence.

After all, it’s not going to be Netanyahu, Gantz, Hazan or Dichter who will incur the heavy price of continued conflict and increased loss; it’s Israelis and Palestinians. That’s why we must cling to each other, and together, climb out of this abyss.