It may not seem like it, but justice was done in the Sarah Halimi case 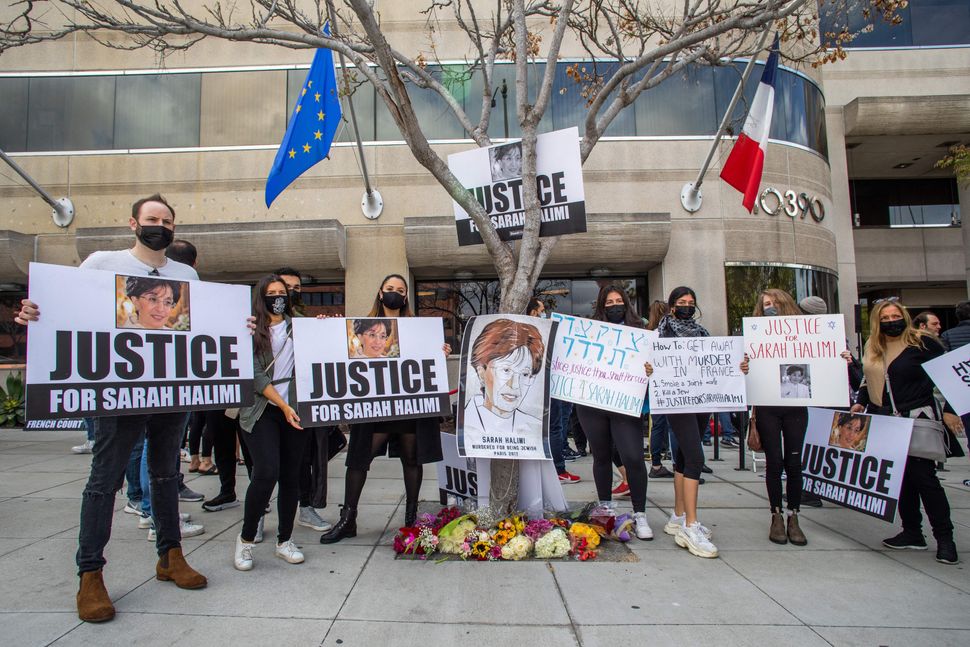 What happened in Paris on April 4, 2017 was unspeakable.

Kobili Traoré, an immigrant from Mali, burst into the apartment of his neighbor, Sarah Halimi, a 65-year-old retired doctor. Shouting antisemitic invective, Traoré battered Halimi and then threw her to her death from the window of her third-story apartment, exclaiming “Allahu akhbar” and that he had “killed the devil.”

Two years later, the unspeakable was compounded by the un-understandable: a French cour d’appel, or appeals court, ruled that the accused, who claimed to have been in the throes of a cannabis-induced psychotic episode at the time was “criminally irresponsible” and consigned him to a psychiatric hospital. In a dismal marking of the fourth anniversary of Sarah Halimi’s death earlier this month, France’s final appeals court, the cour de cassation, reaffirmed the lower court ruling.

This series of unfortunate events is as familiar as the series of righteous protests that has accompanied them. In France, pundits across the political spectrum have denounced the rulings. In his column at the conservative Le Figaro, the intellectual Luc Ferry shared his conviction that the court “has sent a terrifying message that banalizes anti-Semitism.” In the liberal Le Monde, Joël Mergui, a leader of the French Jewish community, warned that “everyone should be concerned when the courts fail to protect Jewish citizens.”

Politicians have largely echoed this disenchantment. The court’s announcement prompted Marine le Pen, leader of the extreme rightwing Rassemblement National, to tweet her outrage at this “revolting decision” and also spurred her political nemesis, the former Socialist prime minister Manuel Valls, to express his “incomprehension”.

And last week, amid growing protests over the court ruling, Paris Mayor Anne Hidalgo announced that a street in the city’s historic Jewish Quarter would soon be renamed to honor Sarah Halimi’s memory. “It will be a way of achieving justice for her,” Hidalgo said in a statement.

Inevitably, the shock waves from this legal decision have reached our shores. In the pages of the Washington Post, Jeffrey Salkin announced that a “French court ruled that a Jewish life is, in fact, nothing,” while in Newsweek, Zach Schapira decried the ruling as a “travesty.” Tablet translated the article in which Bernard-Henri Lévy called the decision as a “legal and moral defeat,” and here in the Forward, Ze’ev Avrahami lamented that the “French authorities are not going to let Halimi even rest in peace.”

That the court’s ruling has ignited fierce protests on both sides of the Atlantic is not just inevitable, but understandable. Especially when set against the dire background of the thickening whirl of antisemitic acts in France, the legal system’s decision to exempt Traoré from a trial seems tantamount to judicial irresponsibility. If the lawyer Gilles-William Goldnagel was right to declare that the appeals court’s decision “lacked humanity,” then the higher court simply doubled down on the system’s inhumanity.

The rub, though, is that while the judicial rulings may strike us as callous, they are also coherent, cogent and constitutional. At the first trial, the judge relied on the findings of seven psychiatrists and psychologists. All of them found that Traoré, who had a history of erratic and violent actions, was in a state where his awareness was either “aboli” (non-existent) or “alteré” (altered). One of the seven, however, insisted that because Traoré took the cannabis, he was responsible for his subsequent actions. The judge chose to ignore the minority opinion and, declaring Traoré “irresponsible,” consigned him to a psychiatric hospital until a medical panel decides if and when is capable of returning to society.

It is crucial, in this regard, to recall that penal and medical experts in France warn that the prisons are becoming de facto holding pens for mentally disturbed individuals who, for their sake and society’s sake, belong in psychiatric hospitals. In short, the appeals court judge asked several medical experts for their informed opinion. In turn, what we must ask of the judicial system is that it follows the rule of established law, not the rule of popular passions. This is precisely what was done in this case.

This was also the conclusion of the three justices for the second trial. It was held before the cour de cassation, whose remit is to review the interpretation and application of the law in cases heard by the lower courts. It was only after several hours of testimony from witnesses and experts that they rendered their judgment. The three justices agreed with the lower court for a simple reason: the existing law on irresponsibility does not distinguish between an actual episode of delirium and its cause.

Whether triggered by the taking of drugs, the impact of traumatic events, chemical imbalances, or whatever else is immaterial. What is material is that it led to the suspect’s inability to understand what he was doing. “The judge cannot make a distinction,” the justices wrote, “where the legislator does not make a distinction.”

For this reason, legislators are now proposing and debating revisions of the specific law that so many of us find wanting. This is no small matter. In an age where illiberal governments in Europe are ascendant — regimes that thrive by throttling legal norms and throwing over judicial oversight — France reminds us of the virtues, inevitably vexing at times, of the independence of the courts and adherence to constitutional principles.

As difficult as it is to accept in this instance, this is good both for France and French Jews.

It may not seem like it, but justice was done in the Sarah Halimi case