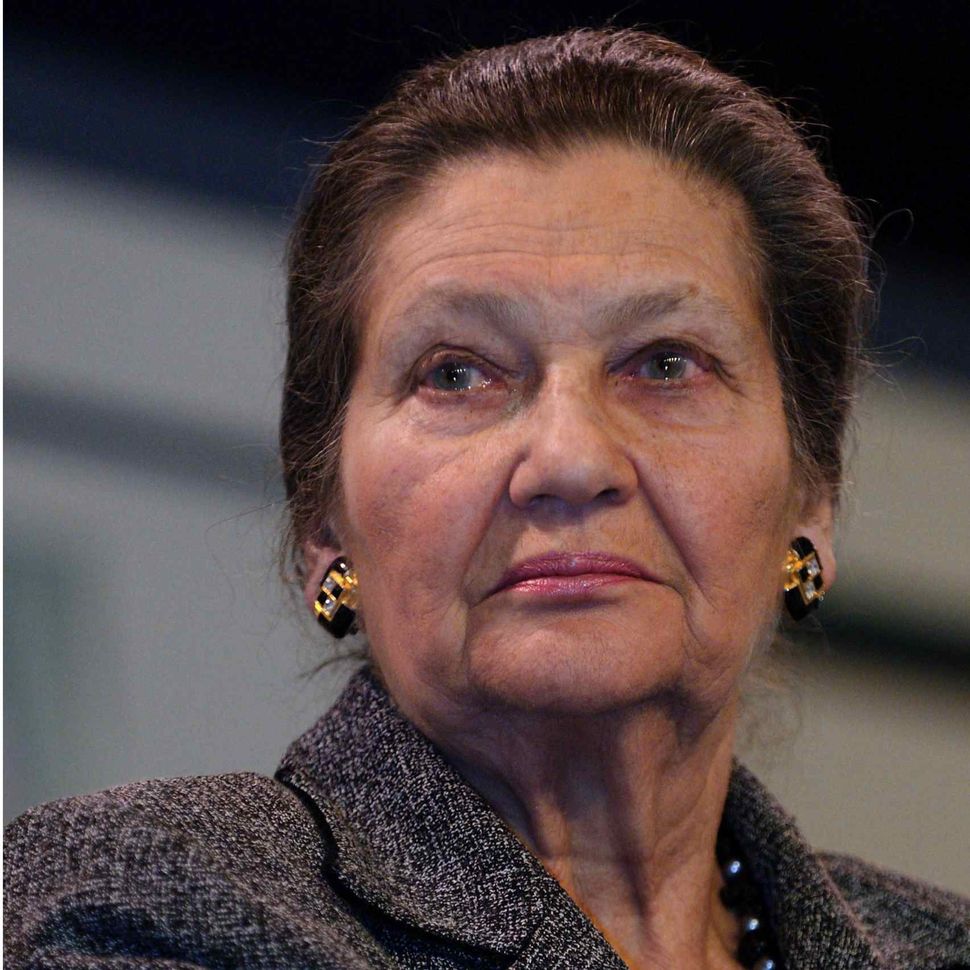 Back in 2008, the Forward celebrated when French Jewish feminist Simone Veil, an Auschwitz survivor, was elected to the prestigious Académie française.

On Thursday March 18, Veil was formally inducted into the Academy, welcomed with a speech by the veteran author Jean d’Ormesson, who is so stuffy and stately that in France, The Jean D’Ormesson Disco Suicide (a “Southern Rock/Blues/Garage band”) was named in his honor.

d’Ormesson reminded Veil that she now occupies the Academy seat once held by the 17th century playwright Racine, but in her reply, 82-year-old Veil explained that her thoughts are with her mother, “two thirds of a century after her death in the hell of Bergen-Belsen,” and her father, who was “deported and died in the Baltic countries.” Too bad that longtime Academy member Claude Lévi-Strauss, who died last year at age 100, was not there to applaud Veil’s arrival.