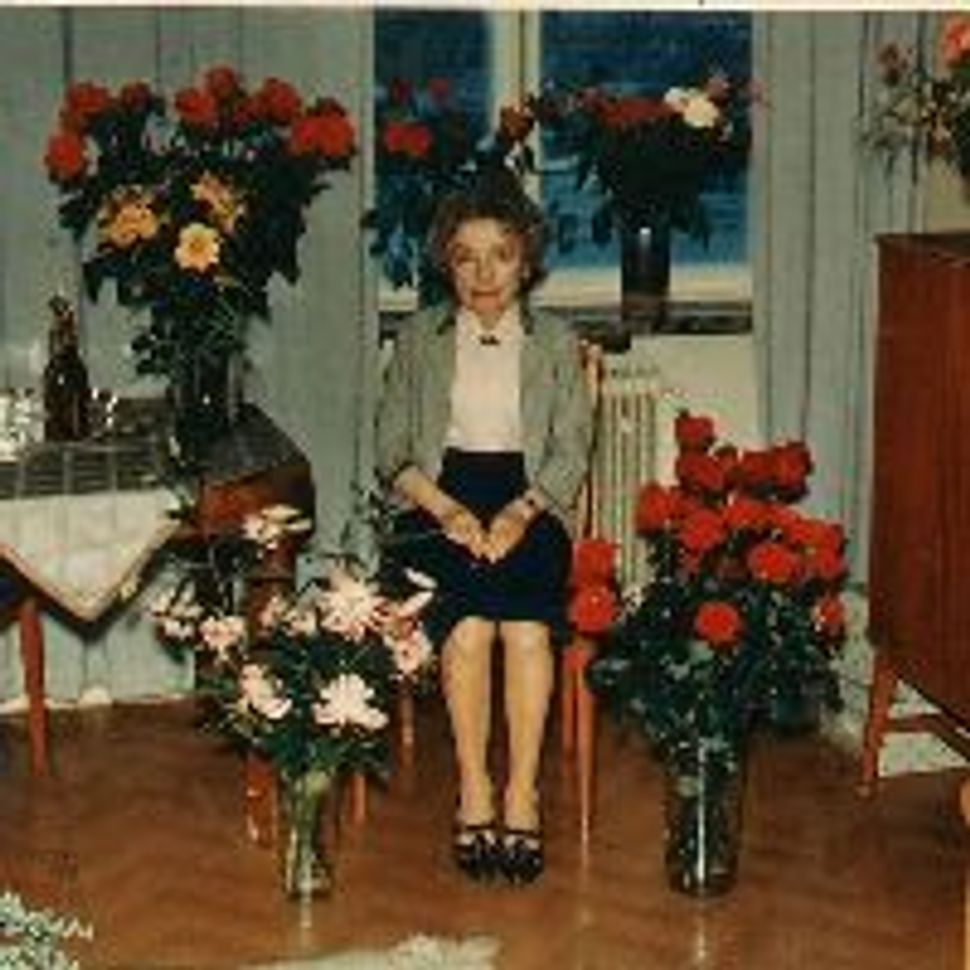 Anyone traveling through Germany this month has until June 27 to see a landmark exhibit at the Jewish Museum Berlin, “Flight and Metamorphosis: Nelly Sachs, Writer, Berlin/Stockholm.” The exhibit, which opened March 25, pays homage to Nelly Sachs, the only German-language poet ever given the Nobel Prize. In 1966, Sachs shared the Nobel with Israeli author Shmuel Yosef Agnon, in what the Nobel Committee termed an award to “Jewish” writers.

The exhibit can also be seen from September to November at the Jewish Theatre Stockholm; from December 15 to February 27, 2011 at the Strauhof Museum, Zurich; and from October 15 to December 18, 2011 at the Dortmund City Museum, Germany. In addition, Suhrkamp has published the first two in a planned set of four volumes of Sachs’s writings.

Despite this outpouring of recognition, Sachs’s story is a tragic one; repeated hospitalizations for mental illness marred a late start in poetry around age 40, followed by an escape at the last minute from Berlin in May, 1940 to Stockholm, where she lived with her mother in a tiny apartment.

Like an utterly humorless and genuinely deranged Marianne Moore, Sachs was sadly reminiscent of Miss Havisham from Dickens’s “Great Expectations.” As described in a cogent 2005 study from Wayne State University Press, “Words from Abroad: Trauma and Displacement in Postwar German Jewish Writers” by Katja Garloff, even later in life the fragile Sachs, stricken by panic attacks, was unable to fulfill any public role as Nobel Prizewinner.

A compellingly documented catalog accompanying the Jewish Museum exhibit from Suhrkamp Verlag explains how Sachs obsessively tended her tiny apartment as a refugee, claiming: “Actually I am really a housewife. Was never a poet.” She kept a sherry flask on hand for visitors, though these were mostly Swedish poets whom she translated into German (whence Sweden’s gratitude, and decision not to give an entire Nobel Literature prize to the state of Israel, despite Agnon’s stature in world letters).

Without spouse or children, however, Sachs’s attention was mostly focused on an old Mercedes manual typewriter which made a noise “like a stone crusher,” and on which she produced poetry indelibly traumatized by the Shoah. On a CD newly issued from Speak Low Audiobooks Sachs reads her poems in a lunar, chillingly anesthetized voice, sounding broken-spirited.

Watch a video on the current Sachs exhibit at the Jewish Museum Berlin: