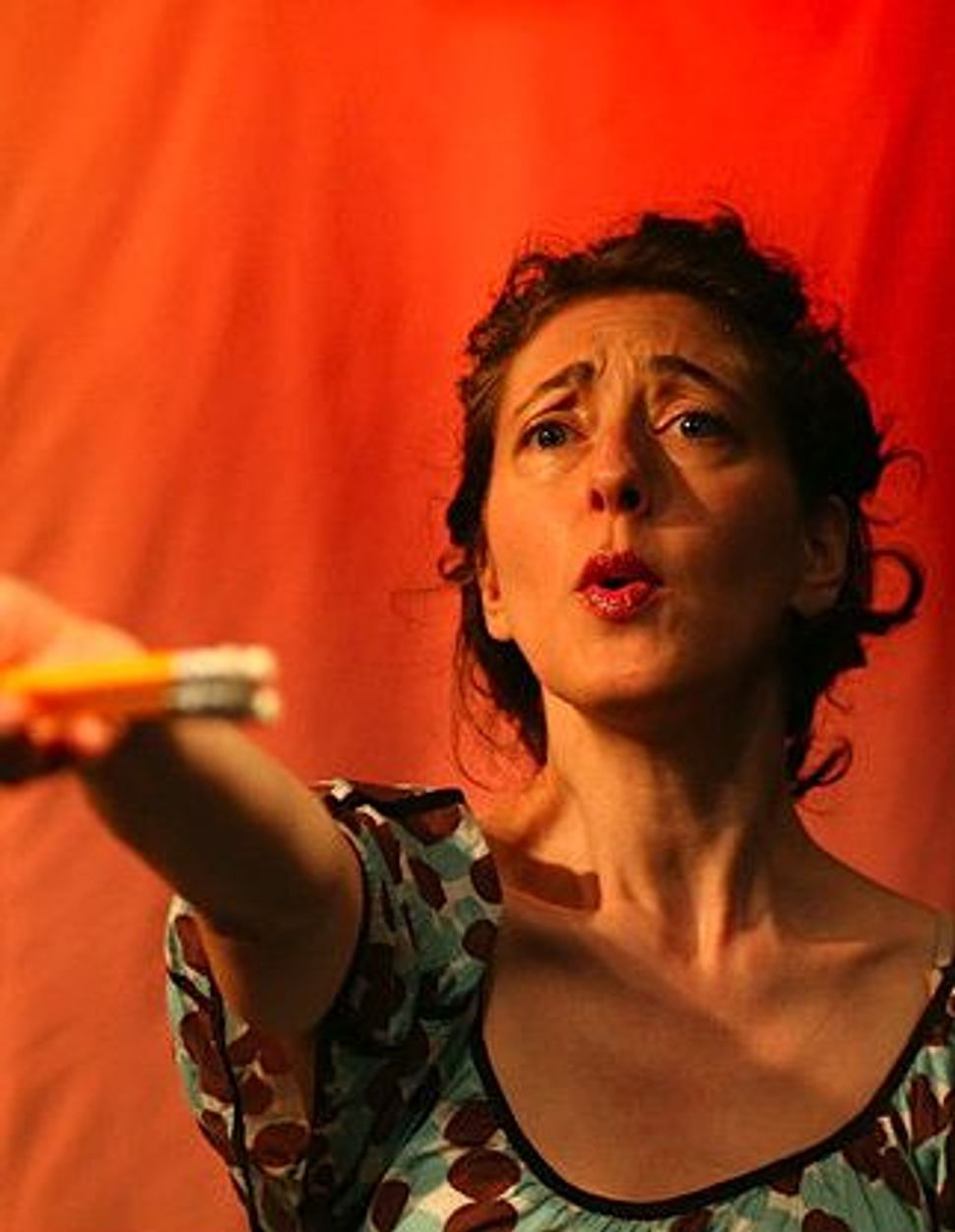 From the mind and mouth of Gabrielle Maisels comes “Two Girls,” the story of two children, one Jewish and one black, growing up together in South Africa under apartheid. After witnessing the birth of Nelson Mandela’s South Africa, the two girls eventually travel to Obama’s America. By juxtaposing the two elections and allowing her characters to bear witness to both, Maisels proves just how similar we constantly forget we are. “It’s like Mandela,” one remarks at Obama’s inauguration. “The Americans took back their country today.”

The granddaughter of Israel Aaron Maisels — leader of the defense team responsible for freeing Mandela in 1990 — Maisels uses her South African childhood as the basis for a truly moving tale of politics, friendship and family. She plays all eight characters — mothers, boyfriends, husbands, and the girls themselves — with incredible clarity and humor.

“The Mad 7,” Adapted from “The Seven Beggars,” a tale by the 18th century Rabbi Nachman of Breslov, is a far-reaching metaphysical fantasy written and performed by Yehuda Hyman. In this 21st century spin, an average schlub’s life is turned upside down by the appearance of seven mystical characters, each with a different distinctive deformity, who force our hero to question the meaning of his whole existence. Heavy, no?

Of course, seven beggars are a lot to handle, and though Hyman deftly weaves his tale in and out of reality, the story never gets entirely off the ground. If things were just a touch more clear and moved a touch more quickly, perhaps the payoff would be as exciting as the rest of the story. But after weathering dark nights and unspeakable evil, after creating, destroying and dancing a little bit too, Hyman’s character is left waiting…waiting for the seventh and final beggar to come tell him his story, and give full meaning to our hero’s.

The most subtle but intensely meaningful part of Hyman’s adaptation is that despite borrowing from a Jewish fable he has gone out of his way to make his beggars not strictly Jewish. By employing spot-on accent work, minor costume pieces and a few foreign tongues, he makes it clear that one of the beggars is Jewish, one Christian, two Hindu and two Muslim. What the seventh one is, we may never know. But Hyman’s smart worldliness has earned him kudos here. It would have been very easy to tailor this tale to his faith, but by opening it up he demonstrates that we are all waiting for someone to come and tell us what we’re doing here and why.

There is no sense of “me” in either “The Mad 7” or “Two Girls.” Though their creators do not lack personal connections to the material — indeed, Hyman’s program note states that he traveled the world to research this project — both of these performers have a wide scope. The usual solo performance clichés need not apply here. This is not one person’s story — it is all of ours, or it can be.

Hyman says that the Rabbi used to always begin telling “The Seven Beggars” the same way: “Since you are so depressed, what do you know from being happy? I will tell you now how people once rejoiced!”

So there are Maisels’s characters in the streets of Johannesburg with their fists in the air, or stopping traffic on Eighth Avenue with American flags held close to their chests. There are Hyman’s beggars dancing and singing and waiting for an answer. Who knows what will come tomorrow, next week, three years down the line? For now, we rejoice.

Katelyn Manfre is blogging for The Arty Semite about the New York Fringe Festival throughout the week.

Previously in the Forward:
One Woman Shows on the Fringe
I.L. Peretz Comes to the Fringe Festival