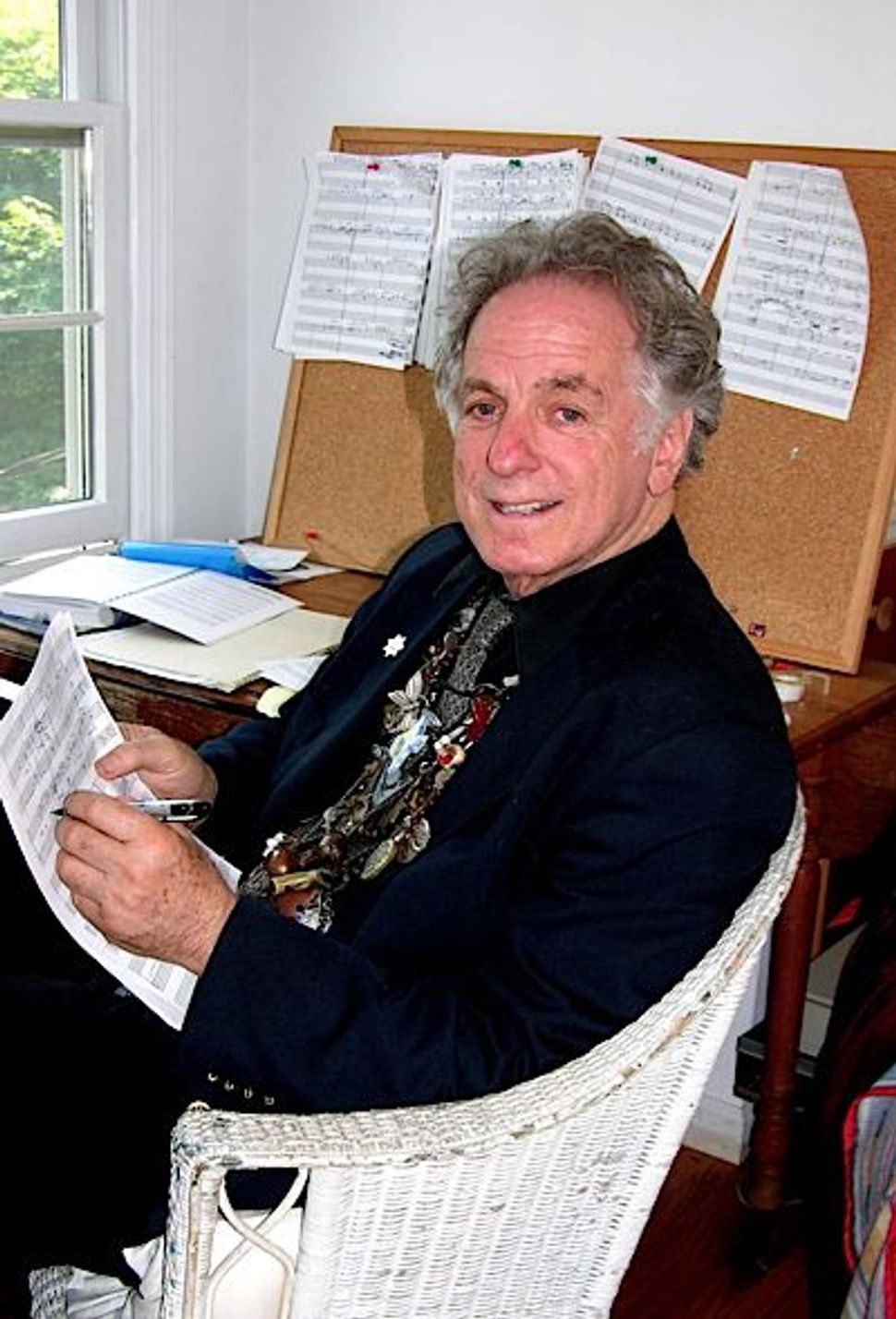 The sprawling evening of music was a fitting tribute to Amram, a musical polymath who, during the course of an almost unimaginably prolific career, has collaborated with artists as diverse as Dizzy Gillespie, Charles Mingus, Joseph Papp, Allen Ginsberg, Jack Kerouac, Elia Kazan and Tito Puente. He is the author of countless jazz, symphonic, and chamber music pieces; the Holocaust opera “The Final Ingredient”; the film scores for “Splendor in the Grass,” “The Manchurian Candidate,” and “Pull My Daisy”; and dozens of works that incorporate musical elements from the world’s great folkloric traditions.

The impulse to acknowledge all of those diverse achievements resulted in a smorgasbord of performances, many of which featured Amram himself, playing jazz piano and percussion as well as an array of flutes and whistles (often two at once, in his trademark fashion). The Queens College Orchestra performed Amram’s “Symphonic Variations On a Song by Woody Guthrie,” an expansive Aaron Copland-like orchestral work based on Guthrie’s “This Land is Your Land”; percussionist Bobby Sanabria and 89-year-old congas virtuoso Candido Camero joined the group for Amram’s energetic Latin jazz tune “En Memoria de Chano Pozo.” Nora Guthrie and poet Jose Pacheco spoke, actor John Ventimiglia read from Jack Kerouac’s “On the Road,” and filmed birthday wishes from Pete Seeger, Arlo Guthrie and Willie Nelson were projected on a screen. It was a relaxed yet exuberant affair, like one long, grand jam session, and one got the sense that in a different setting the music might have gone on all night.

For me, the highlight of the concert was the performance of Amram’s “Home on the Range,” an unusual arrangement of the American Western tune that incorporates yodeling, gospel singing, rich harmony, and the rhythms of Afro-Cuban jazz. In this performance, Renee McIntyre brought new life to the vocal solo part that Amram had originally written for Odetta, and as I listened, it occurred to me that this — a cowboy/Latin/jazz piece written by a Jewish composer who grew up on a farm in rural Pennsylvania — is quintessentially American music. There’s no multicultural tokenism here; the diverse elements don’t sound thrown together or gimmicky. One gets the sense that Amram has fully digested the musical traditions from which he borrows, and that, unlikely though it may seem, these different sounds were meant to go together.

“I never could go along with that melting-pot idea of throwing everything into a Mixmaster, adding some artificial additives, giving it a name, and having it be a bunch of slop,” Amram said when I asked him to explain how “Home on the Range” came together. He says that he doesn’t sit down to write within a given musical idiom before spending years — or more often decades — studying the rules and customs of that particular culture. “You learn and listen and stumble and fumble,” he said, until you begin to understand and appreciate the subtleties within the musical tradition, whether it’s Middle Eastern or Latin American or Irish. “It’s like the difference between Polish Yiddish and Russian Yiddish; everywhere Yiddish is spoken, it sounds a little different. In music, just as in linguistics, it’s all about hearing nuance.”

It isn’t hard to see why, in 1966, Leonard Bernstein tapped Amram to become the New York Philharmonic’s first composer in residence. At a time when Bernstein was pushing the boundaries of the American orchestral repertoire and bringing jazz and musical theater into the concert hall, Amram, with his own rigorous approach and diverse musical taste, must have struck Bernstein as a kindred spirit. Today, Amram remains something of a Bernstein-like figure — passionate, endlessly energetic, and committed to bringing high quality music to a broad audience. He says that when he addresses music students, he tells them not to think so much about making a career as about building a meaningful life. For him, music is a kind of personal testimony — a manifestation of neshama, or soul.

And, at 80, Amram shows no sign of slowing. To say that he keeps the schedule of a much younger man is a gross understatement: on November 16 he performed with his daughter’s band at an album release party in Brooklyn; for his actual birthday on November 17, he was booked for an all night show at the Cornelia Street Café in the West Village; and on November 18 he left for a performance of his saxophone concerto in El Paso, Texas. He’s writing a book — a memoir, his fourth — as well as a new orchestral piece, and filmmaker Lawrence Kraman is working on a documentary called “David Amram: The First Eighty Years.”

“My 80th year is turning out to be one of the busiest and most fulfilling years of my life,” Amram said. It’s the rest of us who might have a hard time keeping up.

Watch the trailer for ‘David Amram: The First Eighty Years’: