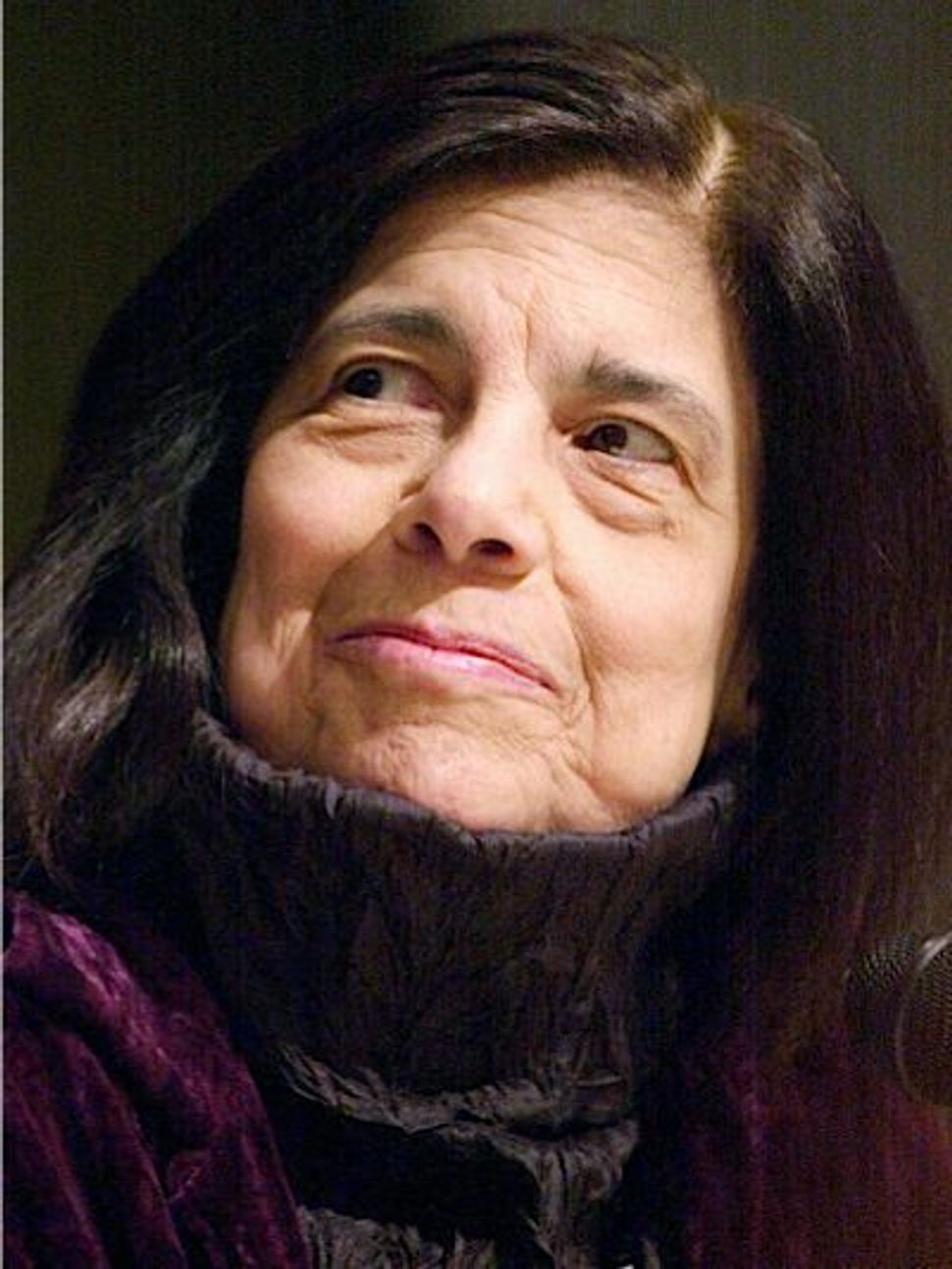 This year’s winners included Ra’anan Alexandrowicz’s “The Law in These Parts,” a chronicle of Israel’s 43-year-long military legal system in the West Bank and Gaza Strip, Nancy D. Kates’s “Regarding Susan Sontag,” an examination of a revered thinker through archival images and interviews; “Joann Sfar Draws From Memory,” Sam Ball’s portrait of the celebrated graphic novelist; “Numbered,” directed by Dana Doron and Uriel Sinai, addressing the internal and external scars of Holocaust survivors; and “The Hangman,” directed by Netalie Braun and Avigail Sperber, the story of Israel from the perspective of a marginalized Yemeni prison warden.

Susan Sontag might seem an odd subject for a Jewish film. While she was one of few women among a circle of American Jewish intellectuals in the 1960s, and a great champion of Jewish writers (she praised Walter Benjamin long before anyone else), she is rarely identified with her Jewishness and she professed to not have entered a synagogue until her mid-20s. But Nancy D. Kates’s “Regarding Susan Sontag” melds archival footage, images and interviews, and creates an intricate portrait that sheds light on Sontag’s identity as a Jewish woman. It shows her recollections of seeing Holocaust imagery as a child and includes commentary from friends and colleagues on “Promised Lands,” her documentary film about the Arab Israeli conflict. “We made the case for why this is a Jewish film,” Kates said. “While Sontag was certainly not religiously Jewish, she was driven by moral questions that came from Jewish values.”

The foundation is on trend with its selection of Sam Ball’s “Joann Sfar Draws from Memory,” hitting on the resurgence in popularity of the graphic novel. Sfar is a pioneer of the art form, considered one of the most significant artists of the new wave of Franco-Belgian comics. As the child of mixed Jewish parents (Sfar’s mother is Ashkenazic and his father is Sephardic), Sfar spent his early years in a Yiddish-speaking community. The film follows him on an odyssey of self-discovery through the Jewish-Algerian heritage that has shaped his creative process and cultural output, in works such as “Le Chat du Rabbin,” a story narrated by the cat of a rabbi of Algiers, and more recently “Les Olives Noires,” the story of a Jewish child in Israel at the time of Jesus. Ball suggests that the film doesn’t approach Sfar’s Jewish identity explicitly, but through the idea that there’s something inherently Jewish about telling a story.

These grants will, ideally, ensure that the documentaries make it through post-production and find an audience. They may even find their way to a festival near you.