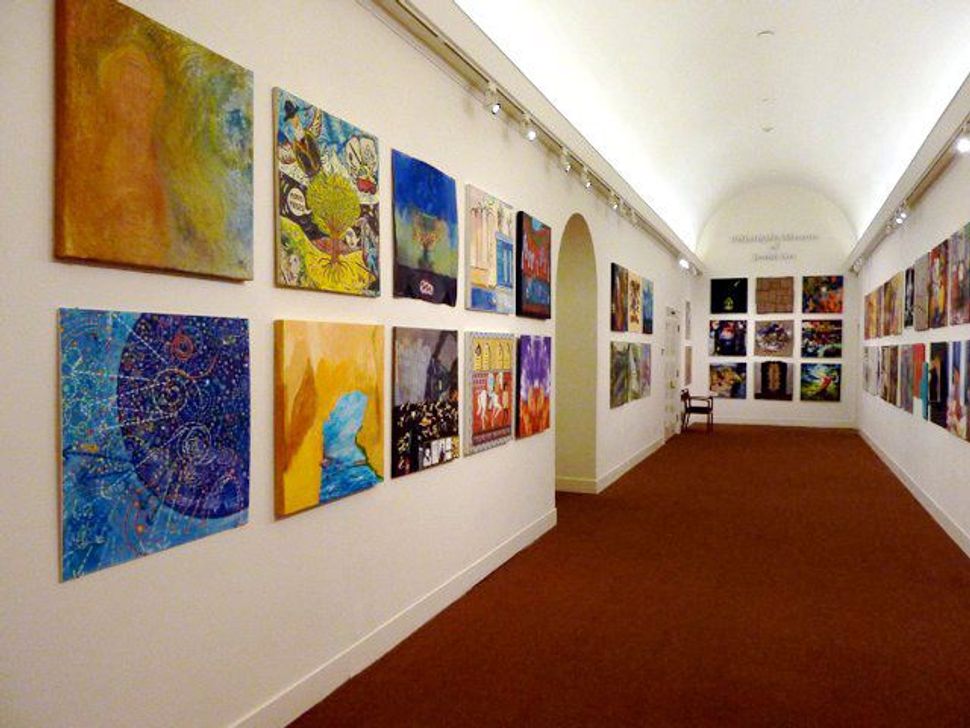 The Dura Europos Project at the Philadelphia Museum of Jewish Art. Image by Jewish Art Salon

King David is a smiling child in a red T-shirt and corduroys. Mahmoud Ahmadinejad fills in for Haman. David Ben-Gurion is leading Holocaust survivors across the Red Sea. 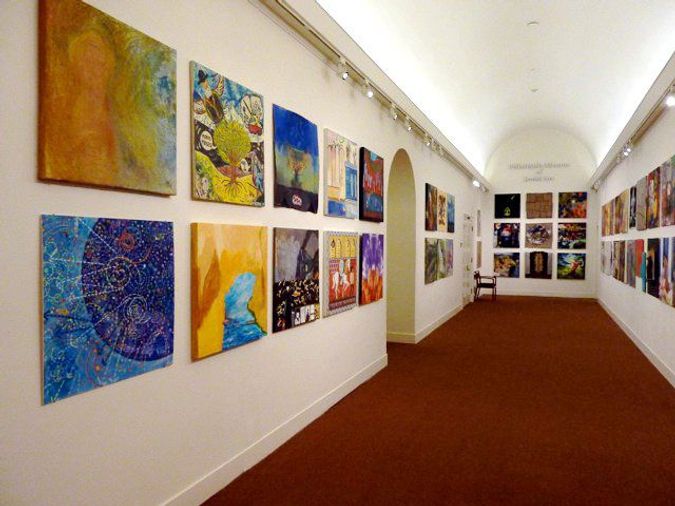 The Dura Europos Project at the Philadelphia Museum of Jewish Art. Image by Jewish Art Salon

That’s the aim of the Dura Europos Project, on view at the Philadelphia Museum of Jewish Art until March 27 — to present a decidedly modern take on the oldest known examples of Jewish artwork.

Discovered in 1920 in a synagogue in the ancient Roman town of Dura, the Dura Europos frescoes date to 245 C.E. and depict scenes from the Tanach — everything from the story of Esther to Ezekiel’s vision of dry bones.

The project, curated by Joel Silverstein and Richard McBee, features paintings created specifically for the exhibit by members of New York’s Jewish Art Salon, based on portions of the frescoes.

View a slideshow of images from the ‘Dura Europos Project’:

“It’s a show where there’s something for everyone — the works are so rich, varied and diverse,” said Wendy Furman, the museum’s executive director. About 200 people showed up for the exhibit’s opening in December; it features the largest number of artists the museum has ever exhibited at one time, Furman said.

The 101 pieces exhibited run the gamut from more traditional depictions of Torah scenes to hypermodern interpretations of the stories.

Natan Nuchi’s “The Binding of Isaac” was created entirely in Adobe Photoshop. Robert Kirschbaum’s “Number 1, from Ashlar Series,” is simply three interlocking shapes in acrylic on wood, meant to represent the designs on Solomon’s temple.

Some, like Ellen Deitell Newman’s “Purim Re-Visited,” make no bones about their politically-charged themes. Newman’s piece, in acrylic on linen, depicts Mahmoud Ahmadinejad as Haman leading Elie Wiesel as Mordechai astride a horse. Some are clear homages to fellow artists — the comic-book style of Jacob Mezrahi’s “Moses Moses” recalls elements of Roy Lichtenstein.

In their introduction to the exhibit, curators Silverstein and McBee write that the exhibit aims to explore what it means to be a Jewish artist in the modern world.

“This particular group of Jews,” they write, “struggles to resolve their religious origins within their status as contemporary artists in America.”

Furman said a fair number of people have passed through the exhibit, which has drawn members of Congregation Rodeph Shalom — where the museum is housed — as well as outside visitors.

“It has a broad reach, and there’s good scholarship behind the pieces,” she said. “Each piece is really unique.”