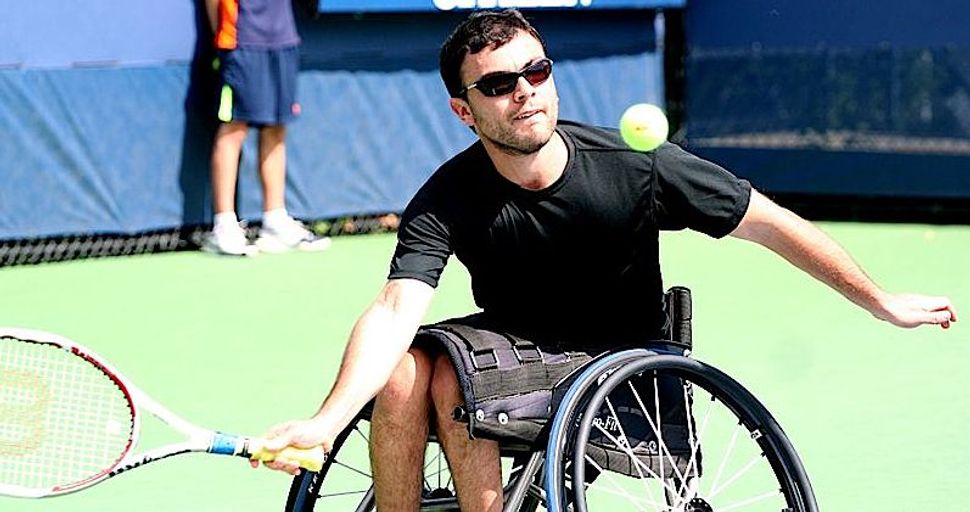 Serious tennis fans have likely heard of Israeli players like Shahar Peer and Andy Ram, but it’s safe to bet that most are not familiar with Noam Gershony, despite the fact that he is higher ranked than the others.

Gershony, a quadriplegic, plays wheelchair tennis. He is ranked third in the world in wheelchair quad singles, and ninth in doubles. Just this past week at the US Open Wheelchair Competition at the USTA Billie Jean King Tennis Center in Flushing Meadows, N.Y., Gershony defeated David Wagner of the US, 6-3, 6-1 during a three-day round robin tournament. Wagner is the world’s No. 2 singles player and No. 1 doubles player.

According to a report by Howard Blas in the Jerusalem Post, Gershony, a 24-year-old from Kfar Sava, took his first ever tennis lessons just shortly before being paralyzed in a crash of the Apache helicopter he was flying during the 2006 Second Lebanon War.

Gershony trains in wheelchair tennis, a sport that has been around for 25 years and has recently gained increasing recognition, with his coach Nimrod Bichler. Bichler has worked with wheelchair tennis player for the past 15 years at Beit HaLochem in Tel Aviv.

The sport has two divisions: the wheelchair division for athletes who are disabled only in their lower extremities, and the quads division for ones with disabilities in both lower and upper extremities. Athletes are classified by disability, not by gender. Consequently, men and women play together and against one another in the sport.

Wheelchair tennis is played just like regular tennis on regulation courts, only the ball is allowed to bounce twice instead of just once before it must be hit.

All during his busy 2011 competition schedule, which included his capturing four singles titles, Gershony has been keeping his eye on what he considers the biggest prize. “My main goal is to get the points needed to reach the 2012 Paralympics in London, England,” he told the Jerusalem Post.