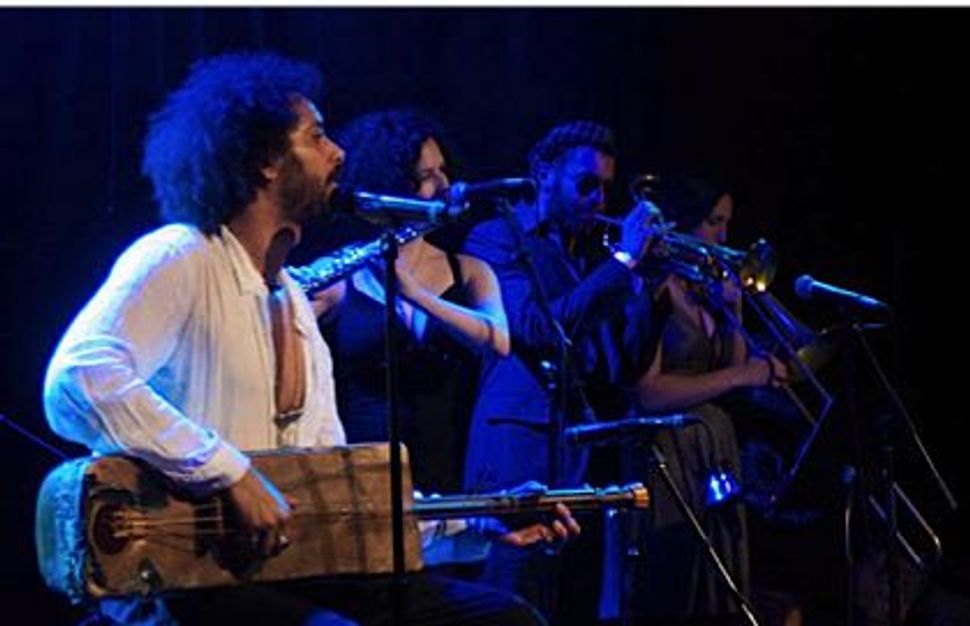 “Songs of Wonder”
By Basya Schechter

Rabbi Abraham Joshua Heschel is lovingly remembered for his spiritual teachings and social activism, but he is less known for his Yiddish poetry, which he wrote in his younger years. Singer and composer Basya Schecheter sets out to rectify that omission on “Songs of Wonder,” a collection of Heschel’s poetry set to her own original compositions. It isn’t just the album’s unique provenance that is important, however. As Forward writer Alexander Gelfand argues, Schechter’s music is “a coherent statement from an artist who has figures out how to use all the tools at her disposal to sculpt a distinctive sound.”

Read the Forward’s review of “Songs of Wonder” here.

“Blasphemy and Other Serious Crimes”
By Pitom

The music of Pitom, led by bassist, guitarist and Jewish music scenester Yoshie Fruchter (also husband of Forward food columnist Leah Koenig) is not for the faint of heart. But for the adventurous soul who doesn’t mind a bracing aural adventure featuring violin, strange musical modes, and High Holiday inspired melodies, Pitom is a rare gift. On their second album, writes Mordechai Shinefield, the band “posits a universe… where we are always begging for forgiveness and — sometimes — left unforgiven.”

Read the Forward’s review of “Blasphemy and Other Serious Crimes” here.

The buzz this year on the Jewish music festival circuit was all about Yemen Blues, a project led by percussionist Ravid Kahalani, also known for his work with The Idan Raichel Project. Together with eight other musicians of various ethnic backgrounds, Kahalani synthesizes soul, blues, West African and traditional Yemenite music. But, as John Semley notes on The Arty Semite, “what stands out among the group’s sundry influences… are the African music traditions reflected in their name.”

In her profile of Benjy Fox-Rosen, Rokhl Kafrissen writes that the Brooklyn-based singer, composer and bassist is part of a new generation of musicians going deep into the roots of Yiddish music. On Fox-Rosen’s debut album, “Tick-Tock,” he ranges from the poetry of Mordechai Gebirtig to the “vaudeville humour of Yiddish song-and-dance man Aaron Lebedeff” to contemporary songs by composers such Efim Chorney. Still only 27, Fox-Rosen is one of the rising stars in the Yiddish music scene, and “Tick-Tock” promises more good things to come.

Cantorial music has been experiencing its own revival in recent years thanks to artists like Jeremiah Lockwood and The Sway Machinery, whose first album, “Hidden Melodies Revealed” combined traditional material with West African music and the blues. David Chevan’s The Afro Semitic Experience uses a more familiar jazz-funk background, but the combination with cantorial vocals creates a strange and wonderful contrast. As Jake Marmer writes on The Arty Semite, “the music descends towards the cantorial melancholy as if revealing jazz’s own dark underside — the blues — and with that the collaboration moves towards even more complex and haunting places.”

Read the Forward’s review of “Further Definitions of the Days of Awe” here.