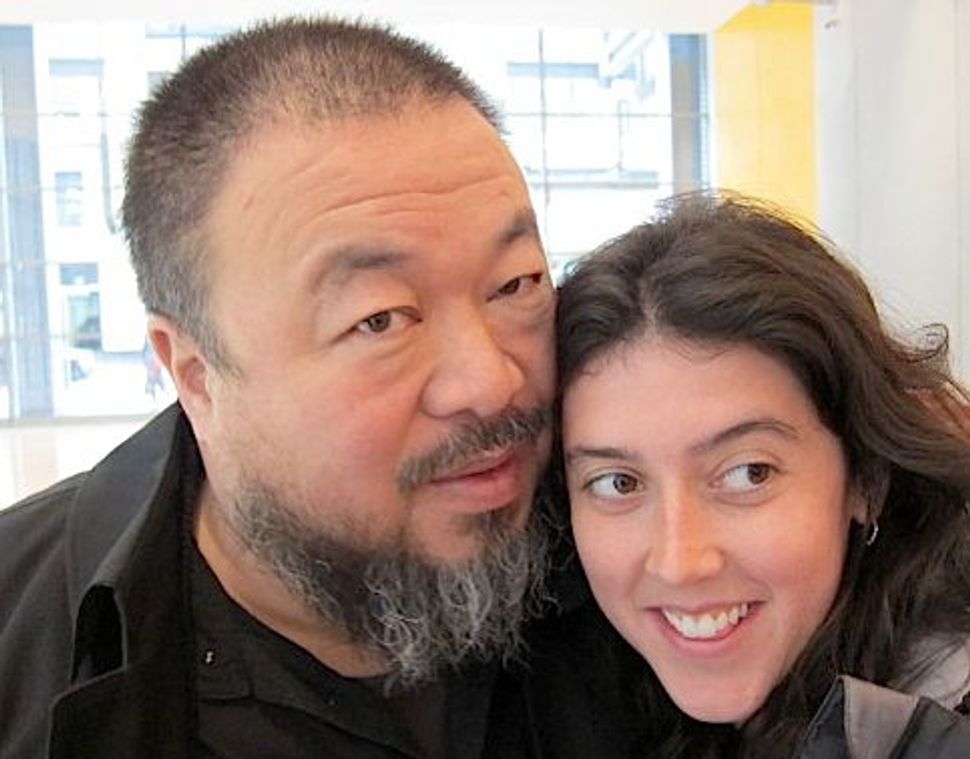 She Won, and She?s Not Sorry: Ai Weiwei with Alison Klayman, director of a Sundance award-winning documentary about him.

Alison Klayman, who was featured on The Arty Semite blog last week, won the U.S. Documentary Special Jury Prize for Spirit of Defiance for her film — “Ai Weiwei: Never Sorry”— about the Chinese artist-activist.

Eugene Jarecki won the Grand Jury Prize for Documentary films with “The House I Live In.” Jarecki, is best known recently for his YouTube exhortation to “Move Your Money” away from banks who don’t represent their investors.

Emad Burnat, who will be featured in the Forward in the coming week, won the World Cinema Documentary Directing Award for his “5 Broken Cameras,” about life beyond the security barrier. But the big win was another film about life in the occupied territories.

Recognizing another of the slew of excellent films about the ongoing tensions between Jews in Israel, settlers and arabs, the World Cinema Grand Jury Prize in Documentary went to “The Law in These Parts” (“Shilton Ha Chok”), directed by Ra’anan Alexandrowicz. Having won at the Jerusalem Film Festival, “The Law in These Parts” — a haunting look at the judges who presided over the law in the territories — was sure to be shortlisted, but its victory will ensure that a new audience will see this Israeli film about Israeli judges and the decisions they made.